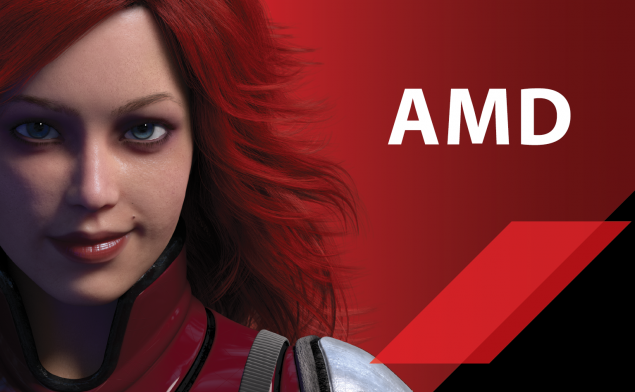 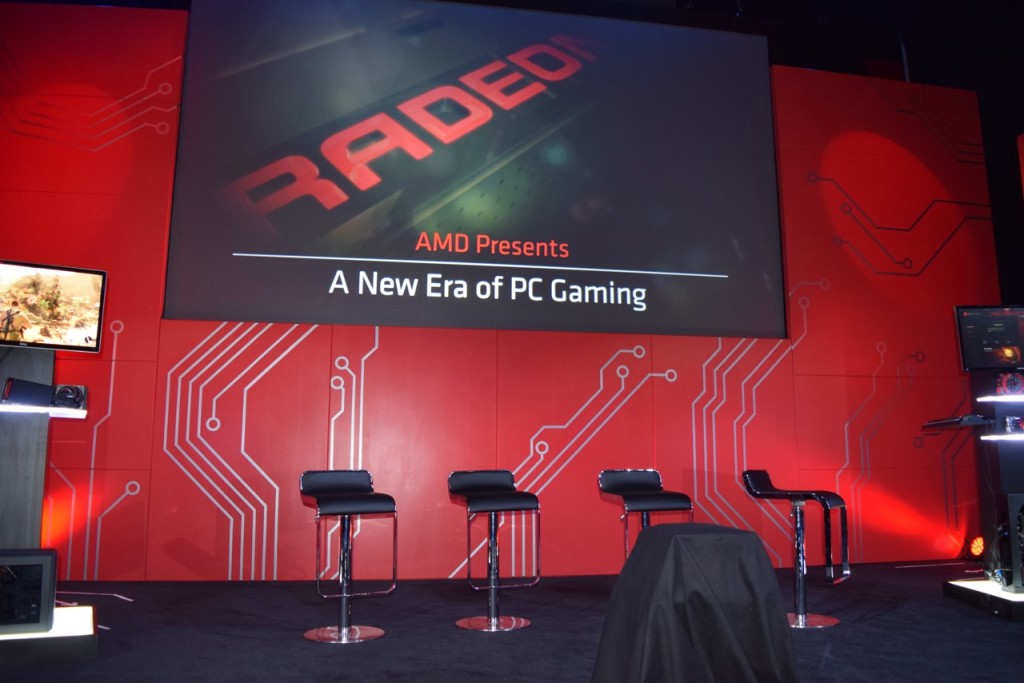 AMD has officially announced its latest line of video card at its E3 2015 press conference. 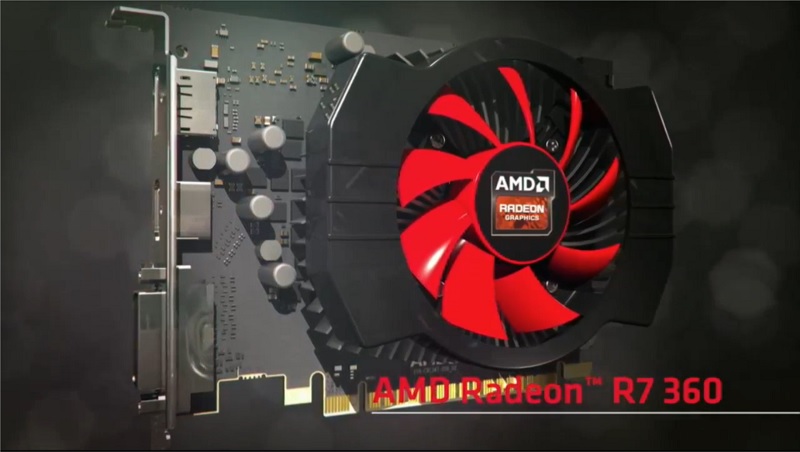 Below in this picture , you can see the entire 3xx lineup : 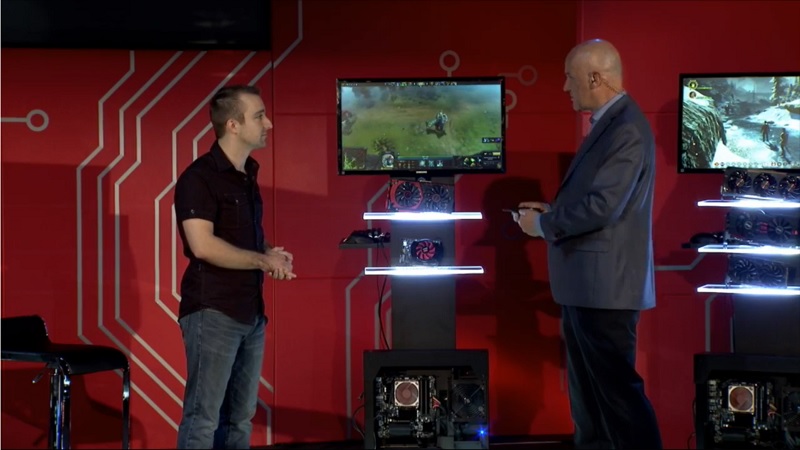 Thanks to new drivers and Microsoft DirectX 12, AMD is also enabling new features and performance for their 300 series, which are architecturally almost identical to the 200 series. Some of the new features enabled by the new drivers from AMD include :

Making the 3xx lineup more than a mere rebadge according to the rumors we have had circulating in the past few days . 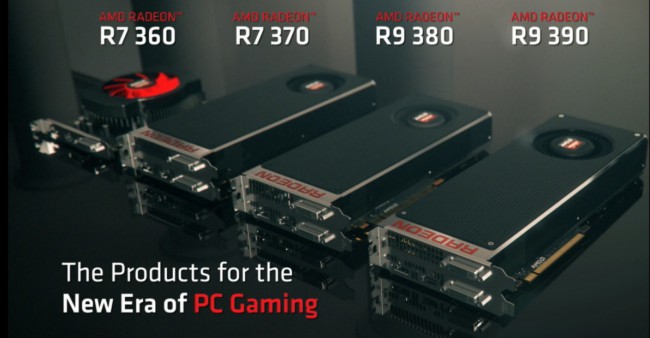 And finally the company’s flagship Fury , based on Fiji — using the company’s new architecture : High Bandwidth Memory,  CEO Dr. Lisa Su came on stage. She started by introducing the liquid-cooled Radeon R9 Fury X, which she says offers a 50 percent improvement in performance per watt over previous high-end Radeons. It will be joined by a less powerful, but equally efficient, air-cooled model called the R9 Fury.The Fiji GPU has 4096 shader processors – 8.9 Tflops performance and the GPU has 8.9 billion transistors and operates on a 4096-bit wide bus interface, clocked at 500 MHz and has 512 GB/s bandwidth. 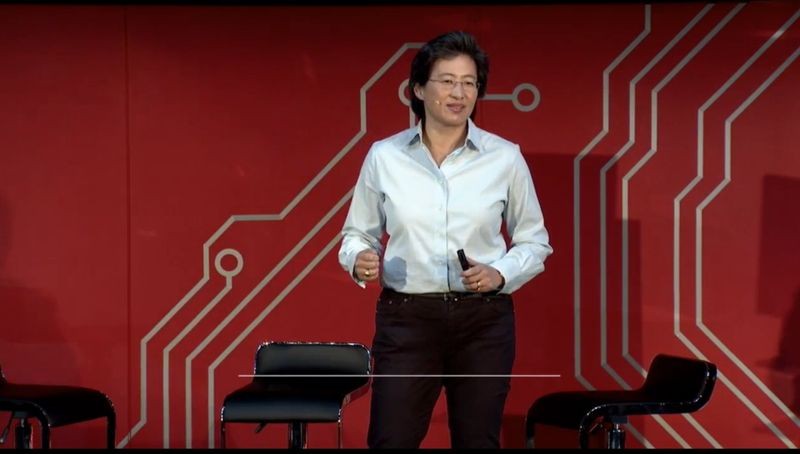 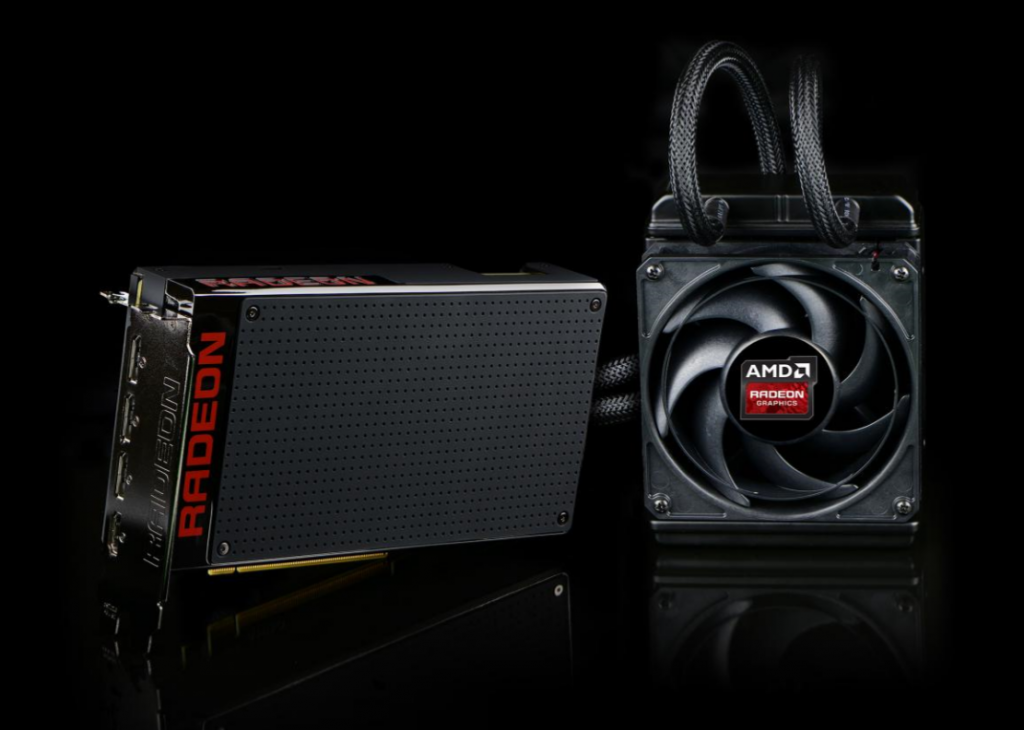 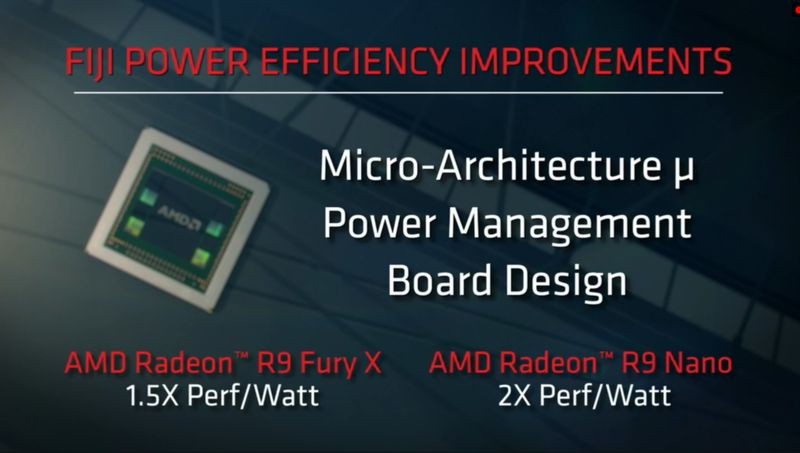 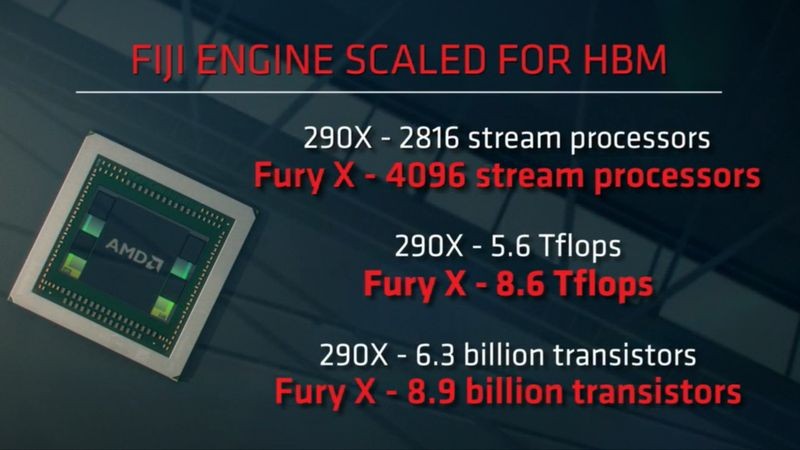 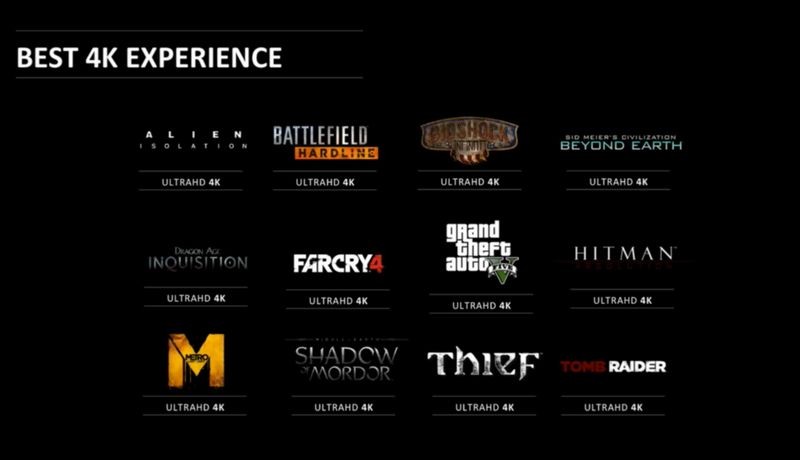 AMD has also announced the Radeon R9 Nano. The six-inch long, air cooled card will be among the smallest on the market when it hits the market, yet offers twice the performance of the R9 290X. No price was announced for the Nano, but it will appear sometime this summer. 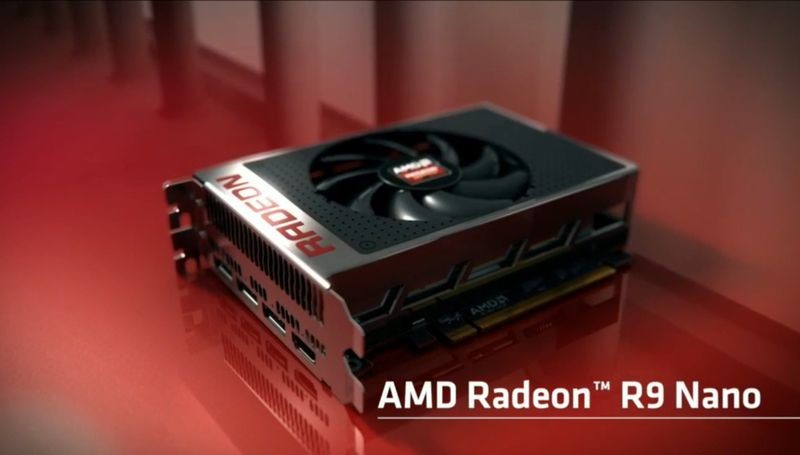 There will also be a dual-GPU Fury card, although AMD didn’t show that card or give it a name. AMD says it will not arrive until the fall.

AMD also announced a concept computer called “Project Quantum.” Almost a quarter the size of a standard desktop PC, AMD boasted its dual Fiji GPUs with High Bandwidth Memory can handle 4K gaming without issue. The desktop offers liquid cooling to keep the high-powered hardware cool, and its unique design separates the hot processing hardware from the power supply and other components.

AMD’s words on their new line up :

AMD had several developers on stage to talk about its new hardware, and what support for DX12 will provide. Kam Vedbrat, Group Program Manager of Graphics for Microsoft, came on stage to talk more about the new technology. He boasted of performance  improvements , saying “In some of the workloads we’ve measured, we see things like, up to a 50-percent reduction in CPU usage per frame.” This frees up the processor to do other things, like work on game AI.

AMD has released a very compelling and competitive lineup of PC enthusiast gaming cards , we look forward to providing you with benchmarks , reviews and more info as soon as we can .