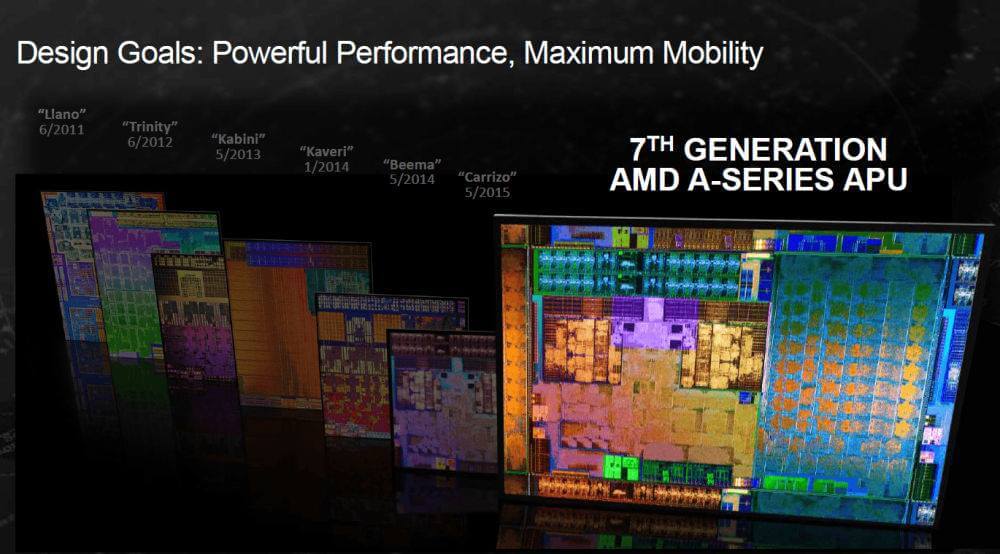 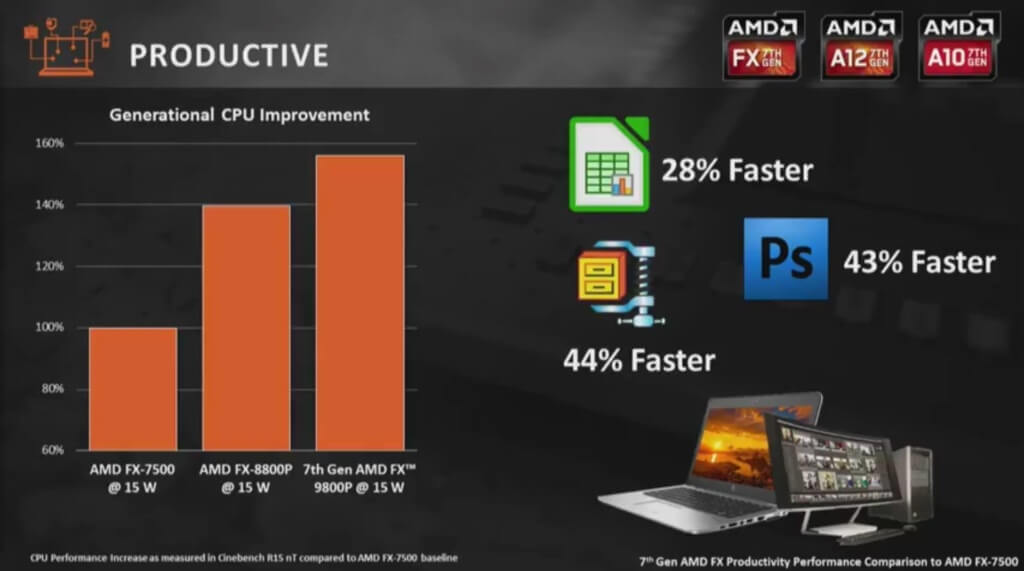 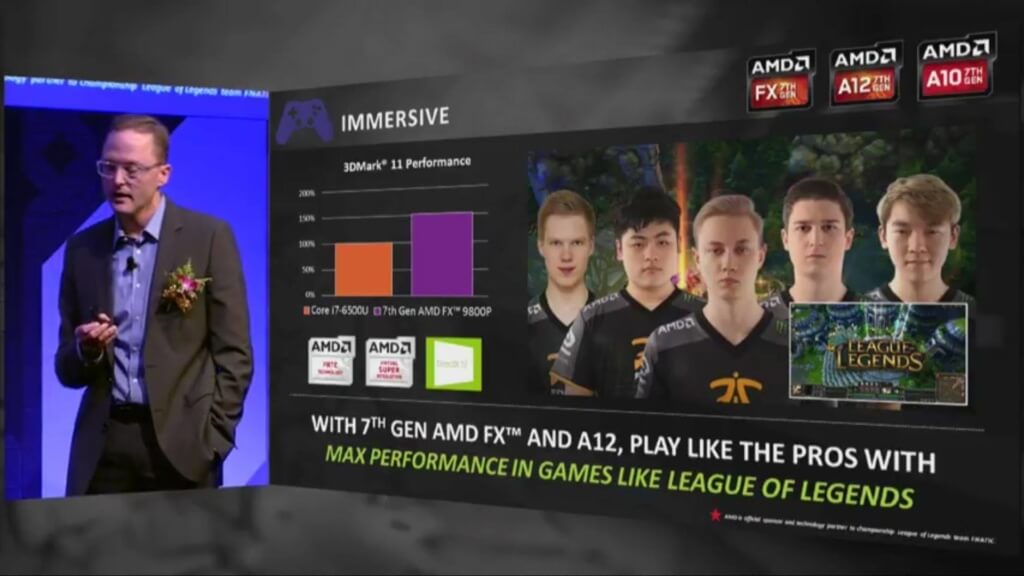 “At AMD, we are inspired to make every second people use their PC more immersive, productive, and energy efficient. We love the PC, and we show it in the compelling mobile experiences made possible by our 7th Generation AMD FX™ and A-Series Processors, which are the culmination of our ongoing pursuit of leadership graphics and computing capabilities in the most energy efficient processor designs.” 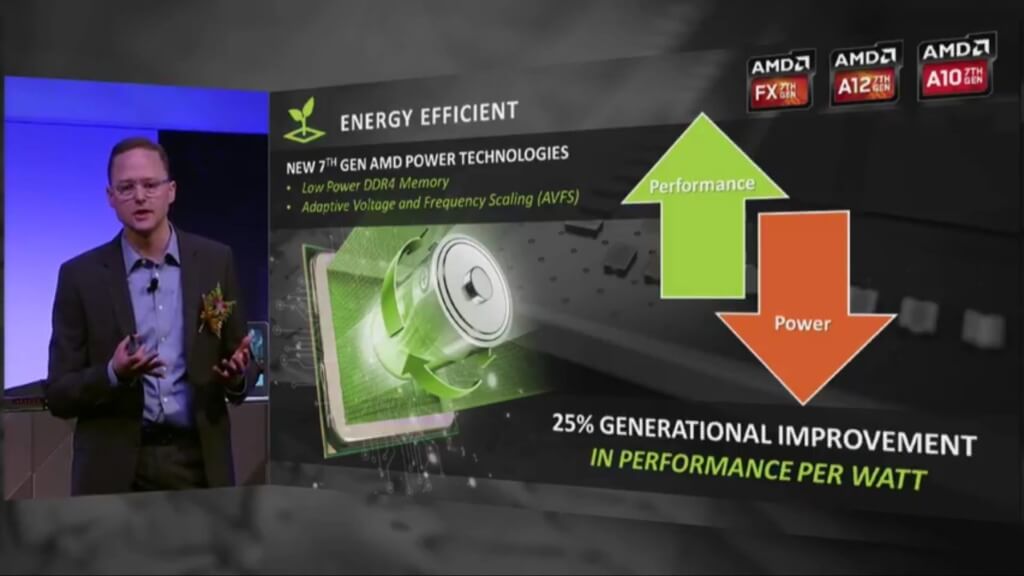 Shipping in volume to OEM customers, the full line of 7th Gen AMD A-Series processors feature mobile-optimized “Excavator” x86 CPU cores for high-speed computing, plus built-in Radeon™ graphics – with some models offering up to Radeon™ R7 graphics – for smooth eSports gaming and enhanced HD streaming capabilities. The “Bristol Ridge” lineup consists of 35 and 15-watt versions of AMD FX, A12, and A10 processors, while “Stoney Ridge” processors include 15-watt A9, A6 and E2 configurations. 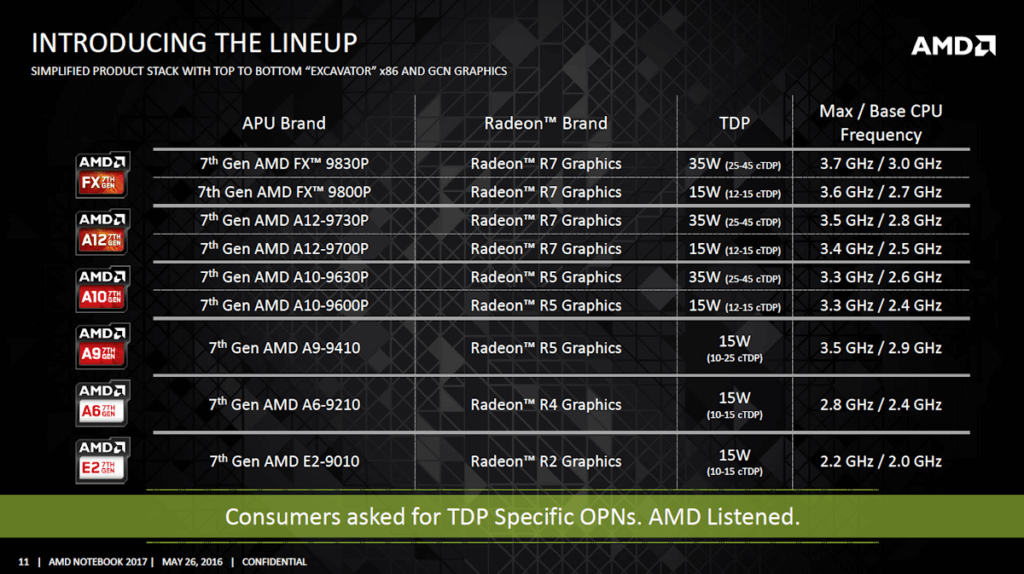 AMD identified an industry-wide performance need in the entry level – or “everyday” – PC segment which it addressed with the 7th Generation A-Series Processors codenamed “Stoney Ridge.” With the new 7th Generation AMD A9, A6, and E2 processors, AMD brings high-performance “Excavator” cores and premium video playback processing to this segment, which represents 26% of all PCs sold annually. 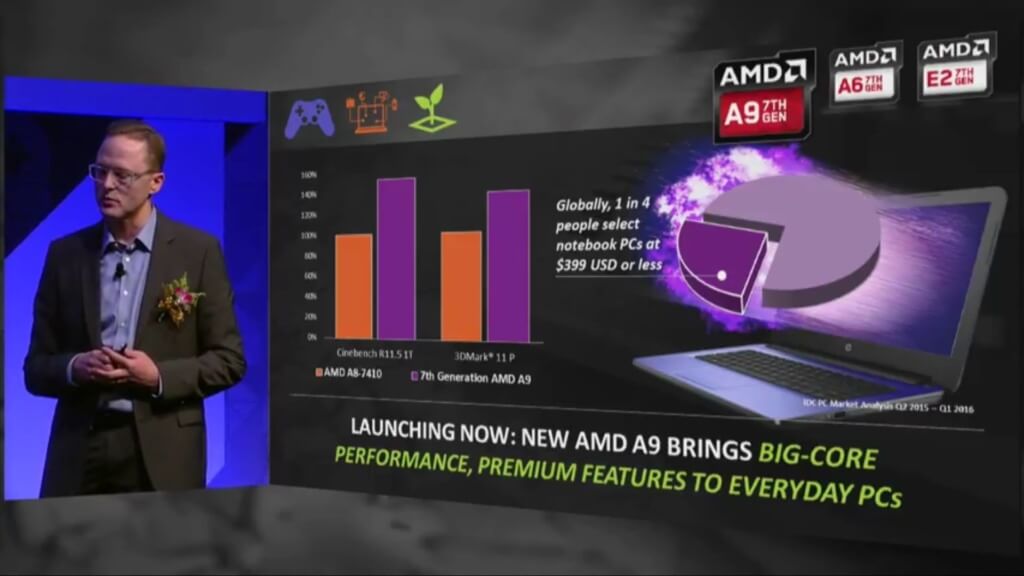 The new AMD A9 APU also performs well against the competition, providing up to 27% faster graphics performance than the Intel Pentium-4405U and even rivaling the Intel i3-6100U with competitive graphics and system performance, but with up to 1.2 GHz faster CPU speed.

Strong OEM partnerships and support of the 7th Generation AMD APUs play a vital role in delivering the best user experience. As announced on April 5, 2016, AMD accelerated the availability of the new processors to support exciting new notebook designs, which allowed Acer, Asus, Dell, HP, and Lenovo to bring to market richly configured, high-performance systems powered by the 7th Generation AMD A-Series Processors, many of which can be seen at Computex 2016, with additional designs and partners expected to be announced throughout 2016. 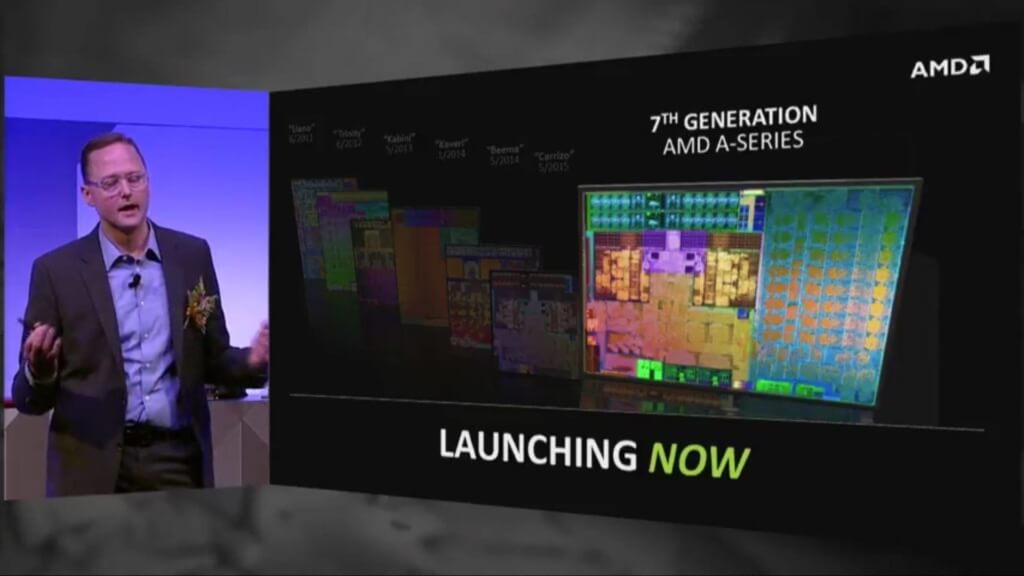