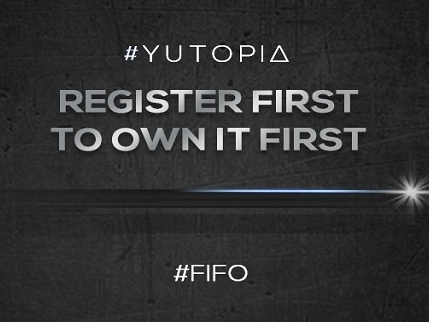 Yu has been constantly publicizing the features of its upcomming flagship “YU YUTOPIA“, calling it as ” THE REAL BEAST “. First Yu took a shot at the OnePlus 2 smartphone, which doesn’t support the Qualcomm Quick Charge feature,and now they are planning to take on Apple, quite openly challenging their products as you can see in the tweet below.

Would you enjoy an apple that doesn’t last long ?

“most powerful phone on the planet.”

So far, the company hasn’t confirmed about the specifications of YU Yutopia,but it will be made available in three colours – white, black and gold.

As per rumors however , the phone could sport a 5.2-inch display, 4GB of RAM and 32GB of internal storage with an expandable microSD card, coming with pre-installed Cyanogen OS 5.1.1 Lollipop out of the box and not marshmallow although a future update might take care of that.

Under the hood the phone comes with a 64-bit octa-core Snapdragon 810 processor and will also support dual SIM connectivity with 4G LTE support .

It will also have an impressive 21 MP camera with a 8 MP front camera for all the selfie lovers out there.

Now that’s a lot of fire power, and something we expect from a flagship phone such as this.

The  registrations are open for the device or as Yu like to call it : The Real Beast. Till then lets have a look on some of the yummy teasers that have been released so far.


Yu Yutopia is making some big  promises about its design ,camera and its battery life to the customer . Lets hope they deliver, and we hope to bring you a review of it soon.
Tags: Registration Teaser Yu Yutopia