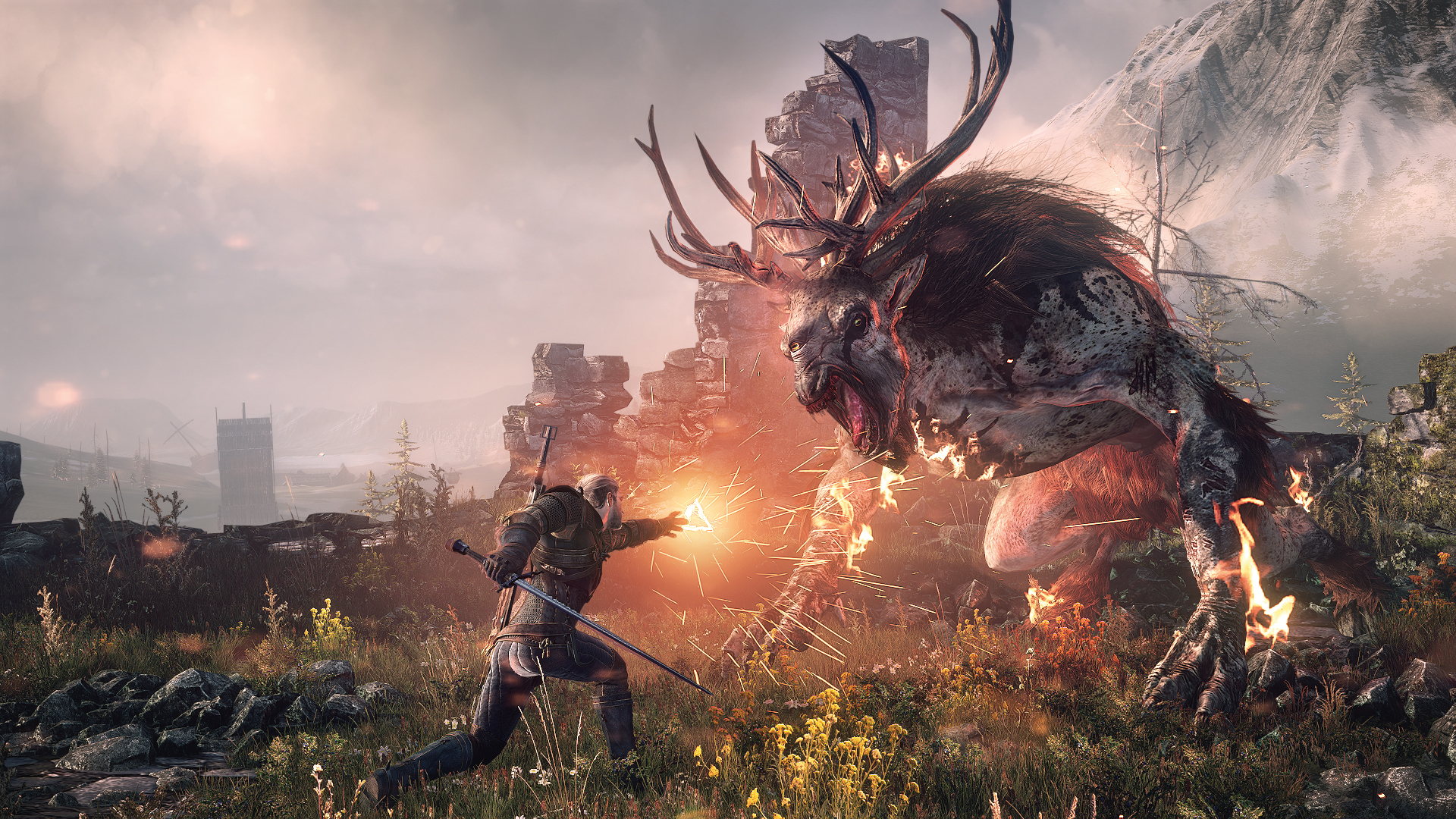 The much awaited game from the Polish devs Cdprojekt red “The Witcher 3:Wild Hunt” which first slated to release this February then delayed to May got some interesting update. According to a German magazine “Gamestar” witcher 3 will run 1080p/30 fps on ps4 and 900p/30 fps on xbox one.The magazine also revealed that ps4 got sharper texture than xbox one and less sharper texture than “high” settings pc version.As we can see and according to the German magazine xb1 version of the game is relatively weaker than other two platforms but there is still no official word from Cdprojektred yet.As the magazine stated and we quote ” In the duel console PlayStation 4, meanwhile, has clearly ahead of the graph. Although the textures are a bit more blurred than “high” PC details that falls within the normal TV-distance but hardly noticeable. In addition, the witcher adventure runs on the PS4 in 1080p – but only at 30 frames per second, which did not bother us.

On the Xbox One Geralt goes also with 30 fps on monster hunt, but only in 900p, the textures also seen slightly more washed out than on the PS4. However, polishes CD Projekt own words yet on the Xbox version, maybe you can still screw up to 1080p, but you would not promise anything. Stand now is the PS4 image the sharper and stronger color.”

So as this is from the early build of the game and if the rumors are true then we can still expect a 1080p version of the game on xbox one too.

Not only this a very famous twitter personality Shinobi602 also confirmed that the game is running better on ps4 than xbox one in terms of graphics fidelity.Here is the tweet by him replying to a user about this graphics comparison:- 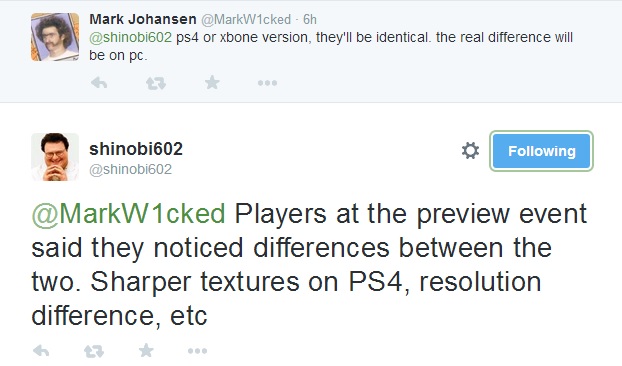 he also tweeted a pic where you can clearly see 3 versions of the game running side by side off screen:- 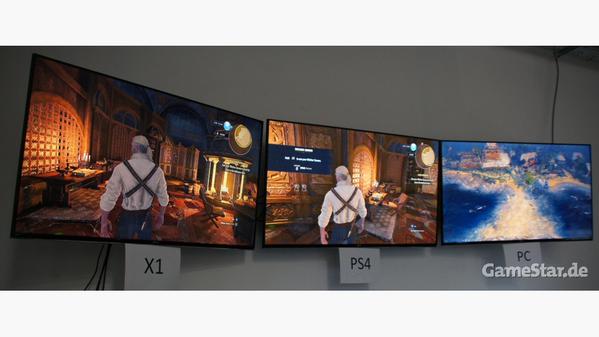 So these are some words about console resolution and details but now we will like to talk about that platform which tops among its other competitors.CD projekt red revealed some details about the pc specific features in their recent live stream event.According to them “ubersampling” is returning to pc.This means your pc will have to go through a very tough time and work hard to run Witcher 3 at its full glory.Witcher 2 also featured “ubersampling” back in those days.

Also pc version of the game will feature nvidia hairworks which will simulate hair and fur in the realistic way.Some people are also familiar with this thing thanks to our beloved “RED” team AMD who made quite a few headline with their “Tressfx” in the Tomb Raider reboot in 2013.

So what do you think? is your pc ready to run Witcher 3 in ultra with all these features or you are choosing the console side???? let us know your thoughts in the comment section.Still not pre ordered Witcher 3 yet?? order it on your favorite platform here:-