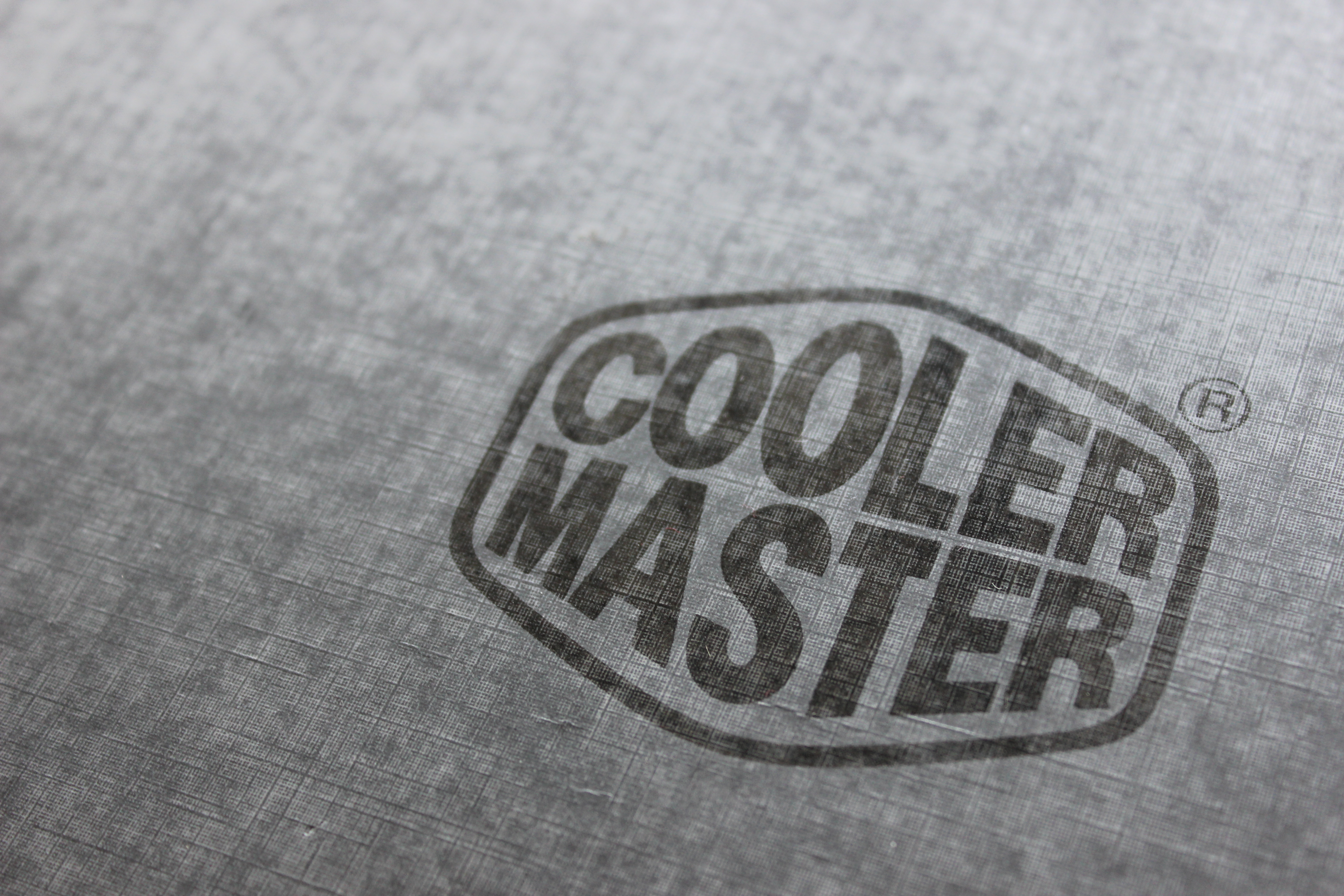 Input devices have come a long way.Long gone are the days of the beige keyboard and roller ball mice. We now have devices that are designed with the help of the same minds behind the BMW cars and Olympic bob sleds. It’d be a understatement to say the scenario has changed. The adage “Old is gold” might not actually apply to anything in the world of technology unless it involved nostalgia as newer technologies that are better than the ones they replace in every aspect. This wasn’t true in the case of keyboards as membrane keyboards were simply cheaper to manufacture and as such mechanical keyboards existed but had exorbitant price tags attached to them. However the acquisition of Cherry by ZF Electronics in 2008 saw that the process of manufacturing mechanical switches became quite a bit cheaper. This prompted a return of the mechanical keyboard as an average user input device and saw the rise in popularity (and consquentially stock) of the MX switches produced by Cherry.

So the question remains “Why Mechanical?”

From the above gifs we are able to discern that just the “feel” of a mechanical keyboard is far superior. But as with anything technology related there is always the next step in the evolution of Keyboard switches, this one incidentally already has a name: Hybrid Capacitive switches. This particular switch is a hybrid between the mechanical and the membrane based keyboard. It uses a capacitive circuit wherein there’s a spring underneath the rubber dome. When the key is pressed the circuit completes and the input is registered.

This is perhaps the only keyboard with Hybrid Capacitive Switches in the market that comes with the ability to use MX Keycaps on a keyboard due to the usage of MX compatible stems. With that said, let’s move on to Meet the new kid on the block: The NovaTouch TKL.

What’s in the Box?

CoolerMaster’s trademark Purple and white have been replaced with an all black case with the logo Cooler Master emblazoned in a darker color that makes it visible only if viewed at certain angles. It’s subtle, elegant and it works, perhaps the holy trinity of anything that’s been done ever.

Of course just the logo won’t do will it? The name of the keyboard in question is also printed on there along with the Tenkeyless layout at the back in case anyone didn’t know what it was.

Hoisting the keyboard up it was deceptively heavy despite its relatively small size which gave you an impression of impressive build quality. The flex test was performed and I’d be hard pressed to say there was any flex at all. Overall a solid keyboard/weapon to bludgeon people with. I’m currently using a TVS Gold and comparing the MX Blue in this keyboard to that of the Hybrid capacitive switches almost feels like comparing Membrane to Mechanical. The 45gms actuation force is really visible as you don’t need to bottom out the key for the key press to register. This makes for faster typing and much less typing fatigue.

Now the Tenkeyless layout might be off putting for some as they have grown accustomed to the NumPad being ever there on a keyboard. But there was a recent study which said that the Tenkeyless design meant that your arm was in a less strenuous position if used in tandem with a mouse. The keyboard itself has no back lighting to speak of as it is targeting a niche market: Heavy duty typists. This is the market of the likes of Das and Filco so the move is ambitious to say the least. However that doesn’t mean this keyboard is devoid of features:

Most of these are done through the Function keys. Pressing the FN key along with the appropriate Function Key will get you the feature listed above.

F1 through F4 are your repeat rate adjustment keys. Which basically dictate how many times a certain letter is repeated if a key is pressed for a certain period of time. A simple test will demonstrate this point better:

This was done over a time period of (roughly) 1 second.

Although this seems like a neat feature, the average user might be hard pressed to find a use for it but I did find a use for it in games, button mashing anybody? Also it would encourage people to touch type more as keeping the button pressed for too much might get you something like ttthhhiiiss.

F5 through F8 and even F10 through F12 are your media keys. They can be used to Play/Pause, Stop, Previous Track, Next track, Mute, Lower Volume and Increase Volume respectively.

Note: The Mute Button and the Volume control keys seem to not work in Foobar 2000 when tested. The rest of the media keys retained their functionality.

This key is perhaps has uses only in gaming related stuff as a seasoned typist isn’t going to hit the Windows key by accident. The F9 key (along with the FN key of course) renders the Windows key absolutely useless so that you don’t suddenly exit a game are left staring at the Start Menu.

Honestly, the chances of this happening are minimal but one can never be too careful.

Flipping the keyboard over we are greeted with the CM Storm Branding along with Rubberized feet so that your keyboard doesn’t move around during particularly heated typing sessions.

Of course if you’d prefer your keyboard slightly elevated they do have the stand for that. This stand also features a rubberized base so regardless of your orientation of the keyboard it’s not going anywhere.

This is one of the first keyboards that boasts N-Key rollover on USB. This feature means that if I face planted on my keyboard then all the keys pressed by my face will register. This was exclusive to PS/2 port but CM have brought it to USB. Testing this was just as simple as running the Microsoft Ghosting test. USB has a maximum of 6-Key Rollover so bringing N-key rollover to USB is a definite step forward.

So all the features worked as advertised, however this keyboard is far from perfect. I do have a few gripes with this keyboard:

No locks but plenty of keys

Now onto the main event: The switches.

Hybrid Capacitive switch is the name CM has chosen for this particular model but you may have heard of this particular switch by another name, the Topre Switches. One of the drawbacks Topre switches had was that the keycaps for Topre Switches had to be specifically made for that switch meaning the more widely accepted MX keycaps were useless. CM circumvents this with a MX compatible “plus-design” in their keycaps.

Earlier I had complained about the quality of the keys but failed to mention that you do however get your own set of keycaps that have been Laser etched and painted in vibrant hues. These have a slightly different finish compared to that of the default caps. Not a bad thing however as you can selectively replace certain keys so that you can tell the difference by feel while playing/typing without having to look down.

The quality of the replacement key caps is really good and the color choice seems like a throwback to the ol’ CM colors of purple and white.

The plastic packet filled with what appears to be plastic rings apparently serves a very unique purpose. It is meant to dampen the sound of the switch thereby effectively silencing your keyboard. I mean we’ve progressed from silencing our weapons to silencing our keyboards. I’m sure there’s a joke about the pen being mightier than the sword somewhere.

Although there is no cable routing the cable is detachable and is 18K Gold plated for better contact. The side of the keyboard has the microUSB slot for the cable and the CM Storm branding.

The ergonomics of it all

After putting this keyboard through its paces in games and typing the only thing that remained was using this as an instrument of blunt force trauma. Since the “performance” of a keyboard is entirely subjective I’ll try and articulate my experience with the keyboard to the best of my ability.

The keys are similar to the MX Red (gif’d earlier) but comparing them to the MX Blue the actuation force difference of 5gms really reduces your finger fatigue and makes the transition from one key to the other much faster. Using a typing test as a metric is shaky ground for two reasons: One, I’m not the best typist. I tend to make a lot of mistakes. Second, the typing test is not an indication of the level of comfort the user will develop with the keyboard. However I did notice lesser errors while using the Novatouch than the Gold. Also a 6 word per minute increase.

A minor qualm is the lack of wrist rest. Overall, the keyboard is solidly built and the keys are cylindrical and comfortable to type on.

CM is onto something with the introduction of Topre Switches but they need to consider they are targeting a market that has been dominated by your Filcos and your Das’. These are veritable behemoths in the market with thousands of people swearing by them. A few improvements on the design front would definitely be adding LED’s to inform the end user of whether his Caps lock is on or not, etched key caps by default, and maybe the inclusion of a hand rest much like the Corsair K series. However in India this keyboard isn’t competing with the Filco or Das but with more common names such as CM’s own Quick Fire Rapid-i. Comparing the two we find:

With an estimated price tag of Rs. 15,000, new technology doesn’t come cheap. Is the Topre Switch really worth the extra money you spend for it over a keyboard, that on paper, offers more value? (Backlighting, firmware) Until a way has been discovered to implement backlighting in Topre Switches this keyboard is going to be a fringe purchase by enthusiasts at best.

A huge thanks to the lovely Madhurima Khadilkar who took all the photos above. If your thirst for good photography is not satiated yet head over to her Instagram and give her a follow.