Trackmania Turbo is an arcade racing game, developed by Ubisoft Nadeo. We published an early preview of the game earlier this week and now we are here with the full review.

Combine arcade, racing cars and high speeds with each other and you have Trackmania Turbo. Trackmania is focused on pulling off crazy stunts and tight manoeuvres in insane tracks set in 4 distinctive environments : Canyon Grand Drift, Valley Down And Dirty, Lagoon Rollercoaster and The International Stadium. Each environment requires different driving styles and strategies in order to be mastered, and each environment offers a vastly different type of gameplay.

The driving mechanics are solid and the physics feel right – not too grounded but not too over the top, and the controls feel simple yet responsive allowing for frustration-less sessions.  The core gameplay is all about nailing the perfect line on short but wildly varying tracks. Trackmania is about mastering your control, learning every curve, every jump and shaving seconds off your record to get that shiny platinum medal. 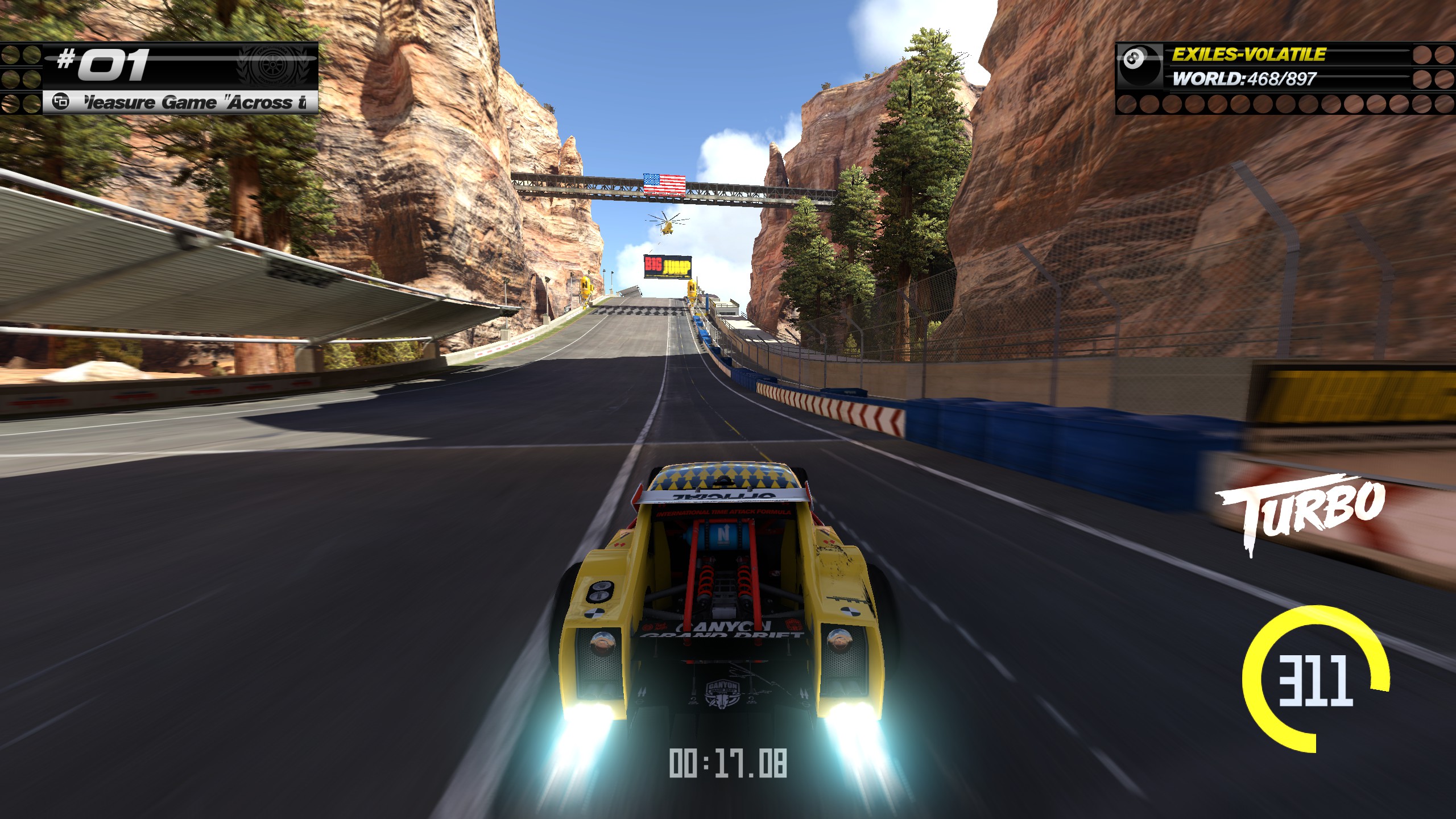 Trackmania doesn’t feature any real racing per se, rather you race against the clock and against the ‘ghost’ of another car that can belong to the AI or your friends or your own record. 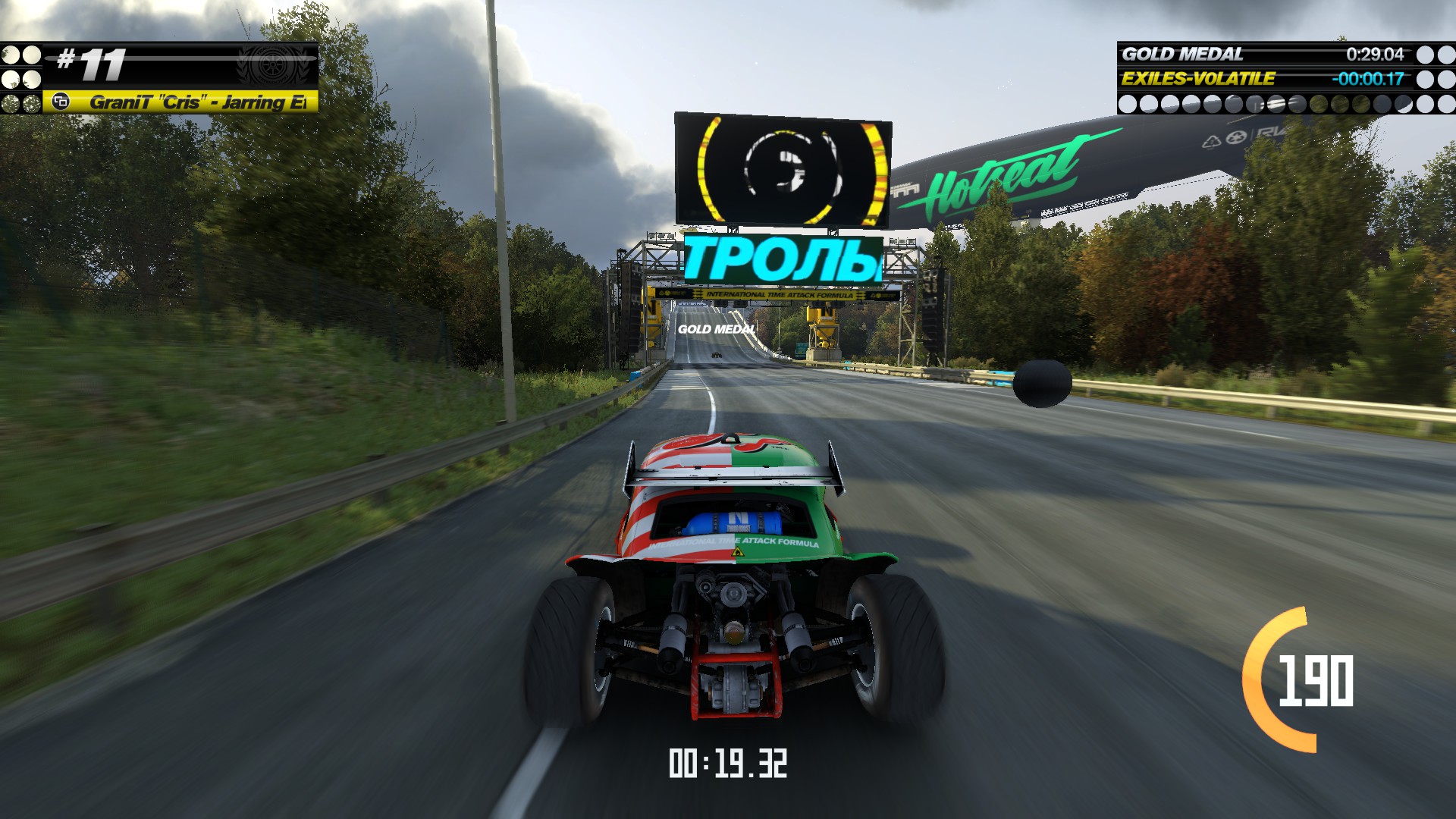 The campaign offers 200 tracks which are divided across the 4 aforementioned environments and has 5 difficulty tiers : White, Green, Blue, Red and Black. In order to progress, a specific number of medals has to be obtained. While the races may be completed in under a few minutes, grabbing gold medals will require mastery over the track.  The difficulty curve is quite smooth with earlier tracks being much easier to manage and allowing new players to get their hands set in preparation of some of the crazier races ahead. 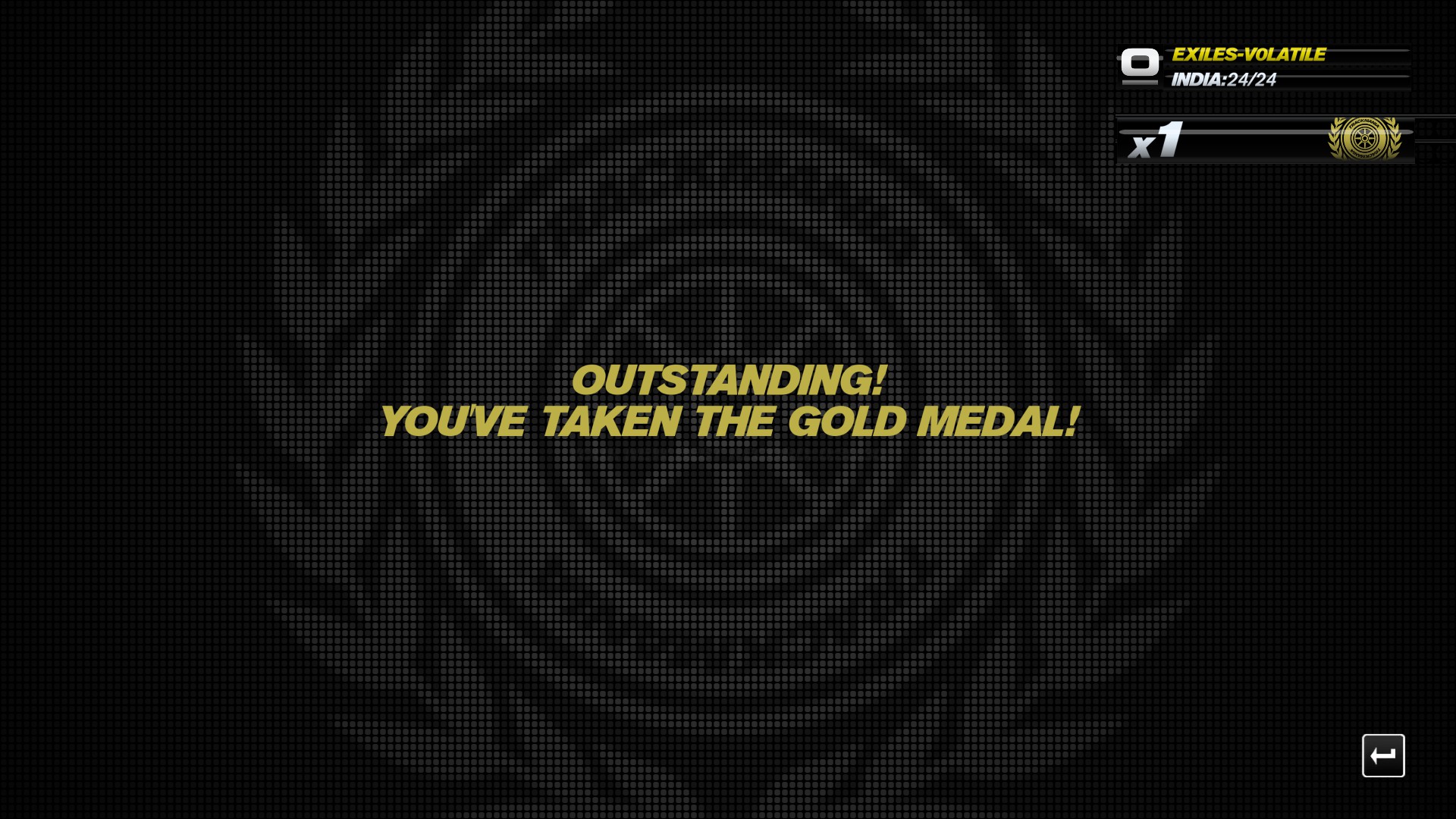 Although some of the levels tend to be a lot harder than the others, it was nowhere rage inducing or caused me any frustration. It was a huge challenge to finish the race, but fortunately, it never got so bad that I had to throw my controller at my monitor, instead the challenges were fun and I enjoyed every moment working my way towards those sweet medals . It is also possible to customise your car and you can paint patterns unlocked through your hard earned medals. This provides the extra motivation to do a level just a little better so you can get everything. 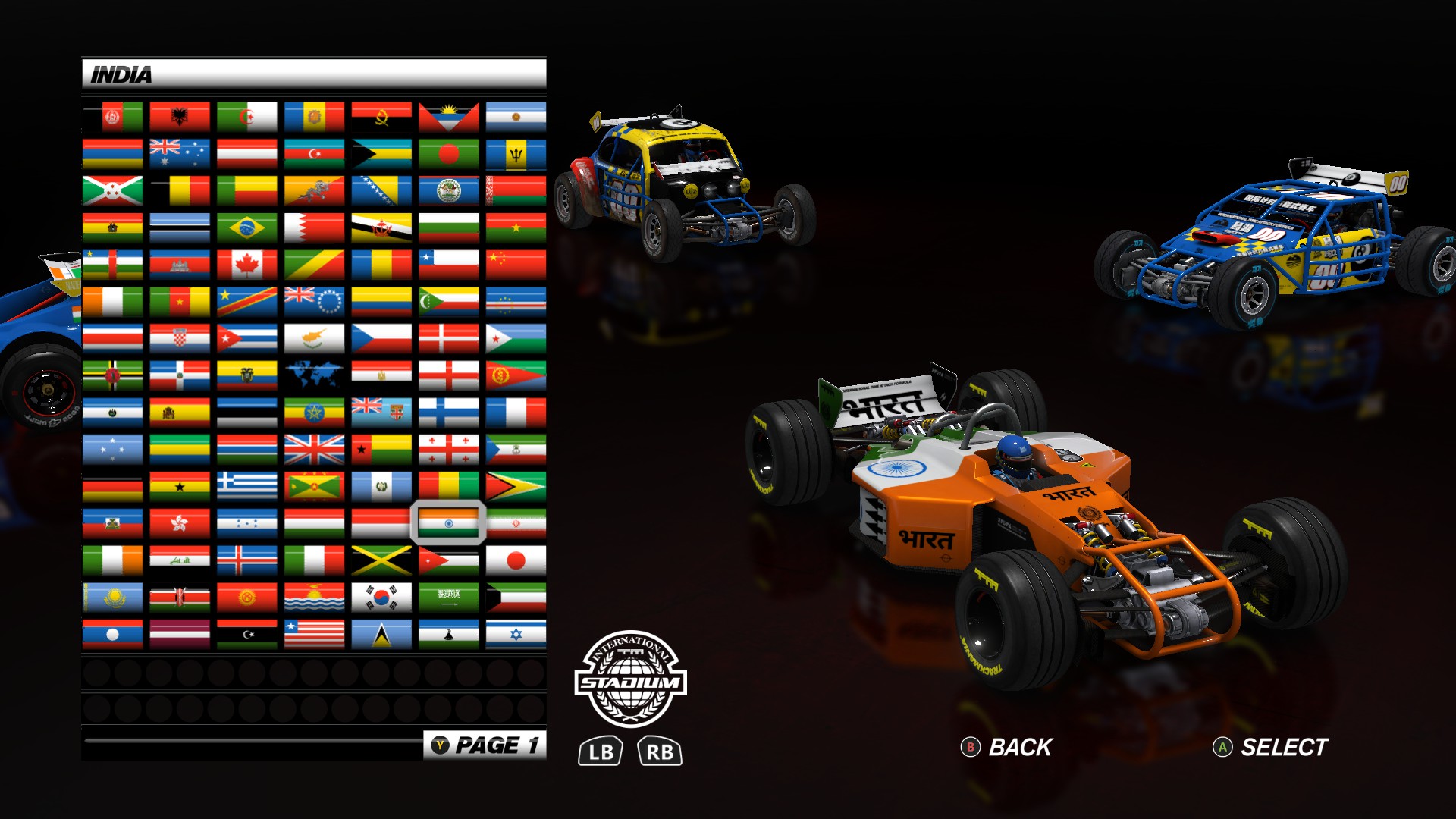 Now, returning Trackmania fans will be disappointed by this. Trackmania Turbo’s customization lacks a lot of things that the fans of the franchise are used to, stuff like horns, avatars, custom car models are not present.

You can still apply wacky paint jobs and select a custom mascot for your car along with the country flag and car number.

Each environment has its own vehicles that are specially suited for that kind of gameplay.

Customization doesn’t affect gameplay at all, but it’s nice to add a little personal touch to your car. I would have liked to see a bit more in terms of options though. 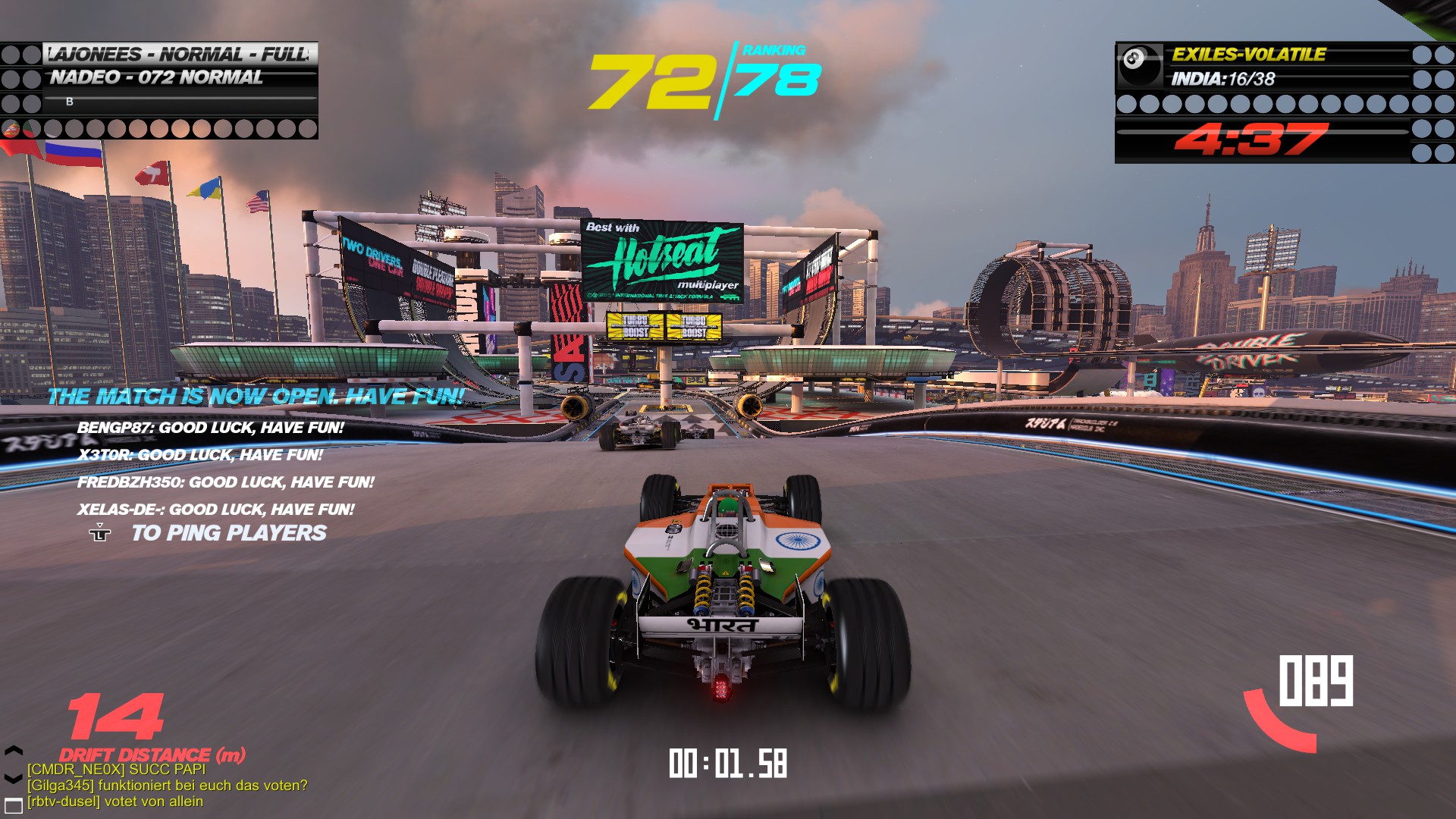 There’s also local multiplayer featuring hotseat mode where you can pass the controller around and take a shot at beating each other’s high scores or you could also play in split screen allowing up to 4 players to play together locally, just like the good old days. There’s a host of other secret modes waiting to be unlocked. This time around, however, there’s no player-hosted dedicated servers, it’s all on from Nadeo’s end, but that did not prevent me from having an absolute blast in multiplayer. 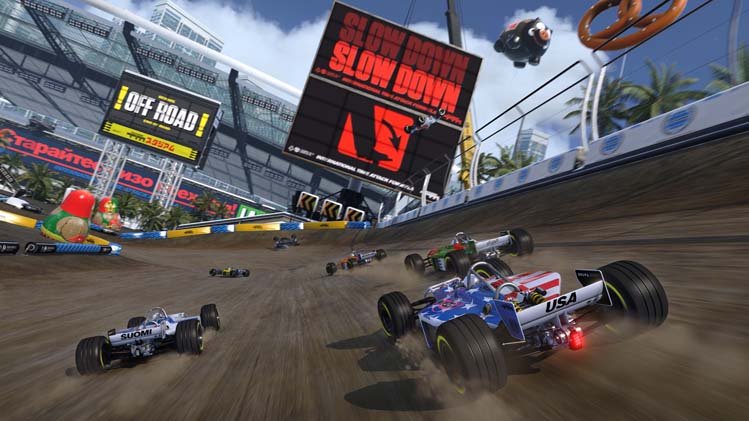 Double Driver is another unique feature in this game and one that goes along with its wacky insane nature. In double driver, two players must move synchronously to control the same car. There’s also stunt mode, power-up mode, and Micro Machines mode. And all of them are unique, I never felt that it was a copy paste of the same thing.

The track maker makes a return now called Track Builder, which allows players to make their own road creations and share their tracks with other players all over the world, potentially allowing almost infinite tracks with different set pieces.

Graphically the game deserves a compliment, and the cars retain the overall arcade-ish atmosphere present in the game. The textures are crisp and well done. I did not encounter any bugs throughout the time I spent playing the game, which is a huge thumbs up from my side. The performance is also flawless and manages to get constant 60 FPS on my Asus Strix 960.

SYSTEM USED TO TEST THE GAME

The TechArx testing rig : FX 8350 and Asus Strix 960(sample courtesy: Asus India) and 8 GB of RAM managed to keep above 60 FPS at all times even in times where there were 50-60 “ghost” cars racing ahead of me kicking off dust everywhere. The game manages to look beautiful at all times. 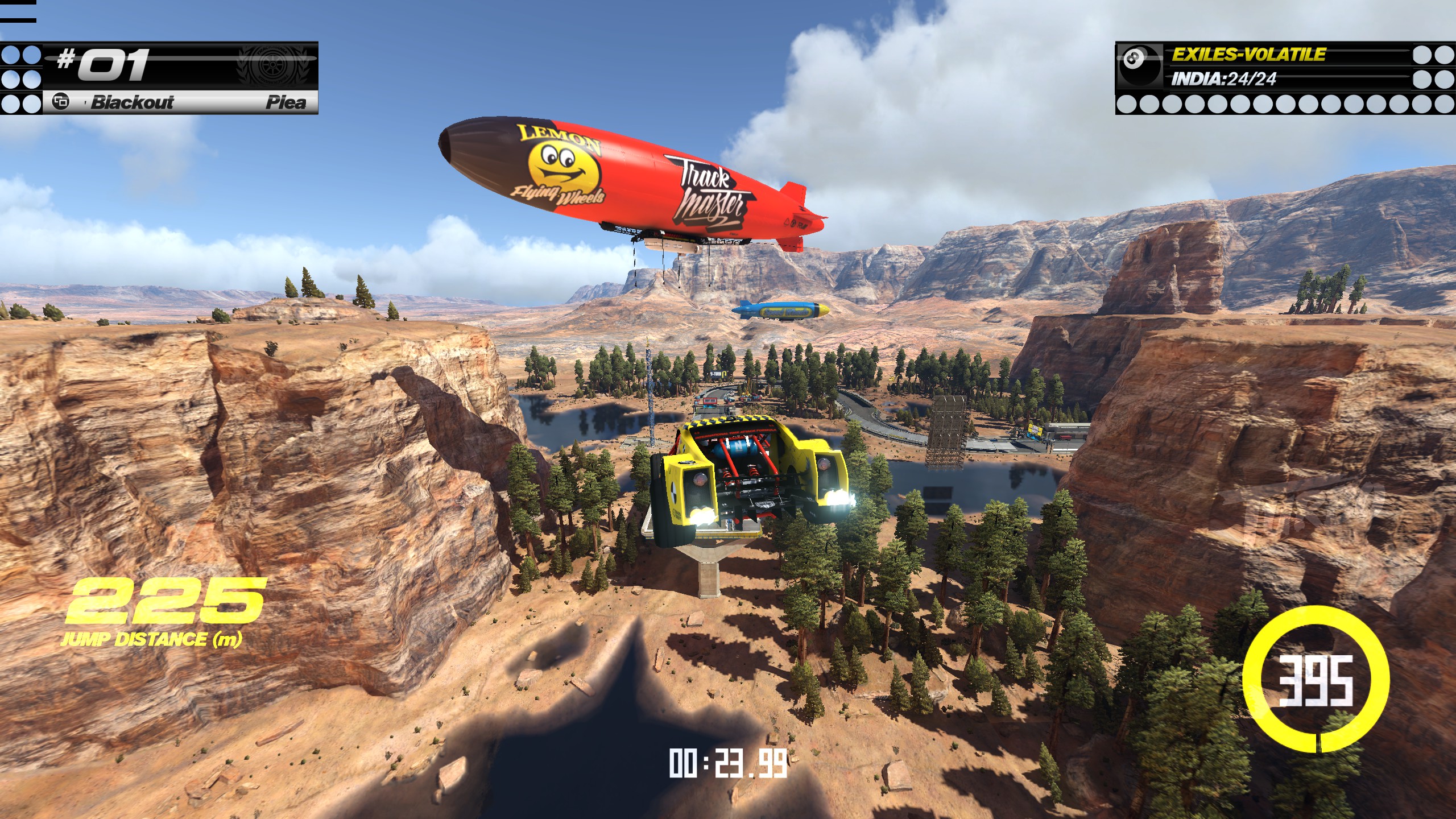