Since its launch Ubisoft’s third person open world MMO The division created a lot of buzz among gamers.The massive world,the gameplay,the environment was top notch and from its initial gameplay preview it truly justified the meaning of “Next Gen”.Originally slated to release in 2014 Ubisoft’s sister development house Massive studios decided to delay the game to 2015 for further polishing. Well since E3 2014 there was no info provided by ubisoft about the game.As we already entered 2015 and recent Assassin’s Creed Unity fiasco many started to believe that the game is going to be further delayed to 2016.But a very good news for everyone,earlier today Ubisoft Canada confirmed on their Facebook page that The Division and Rainbow Six Siege is still on track for a 2015 release.The following image confirms the statement:- 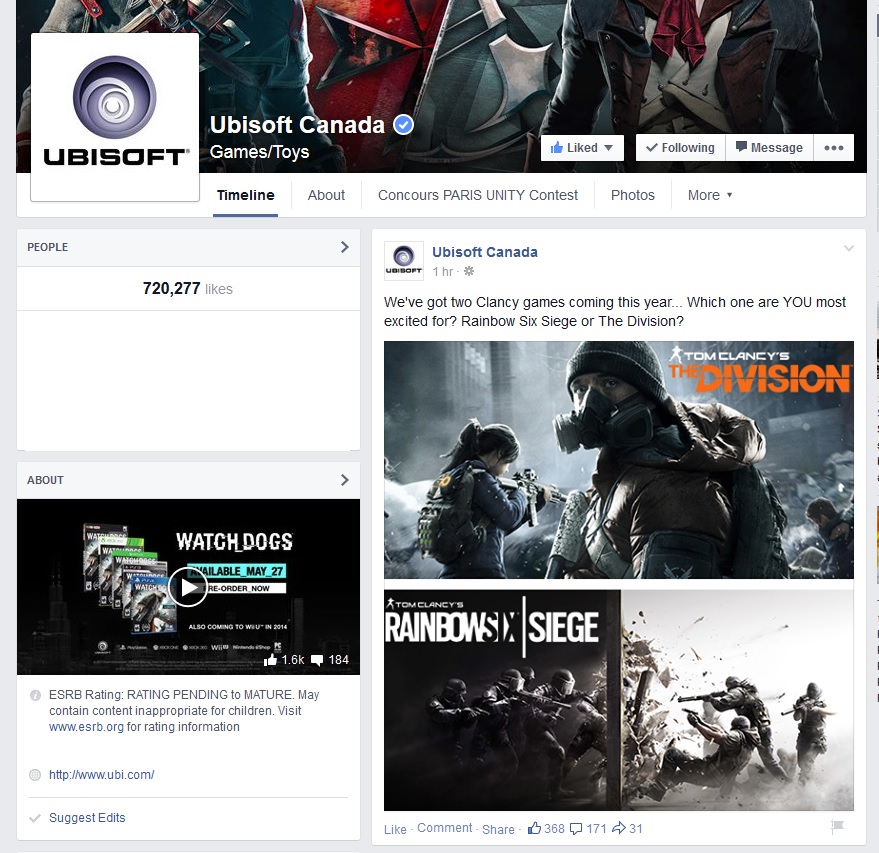 So with that news we can surely keep our fingers crossed that we are going to see two Tom Clancy game this year in form of The Division and Rainbow Six Siege.For more info keep an eye on our site.