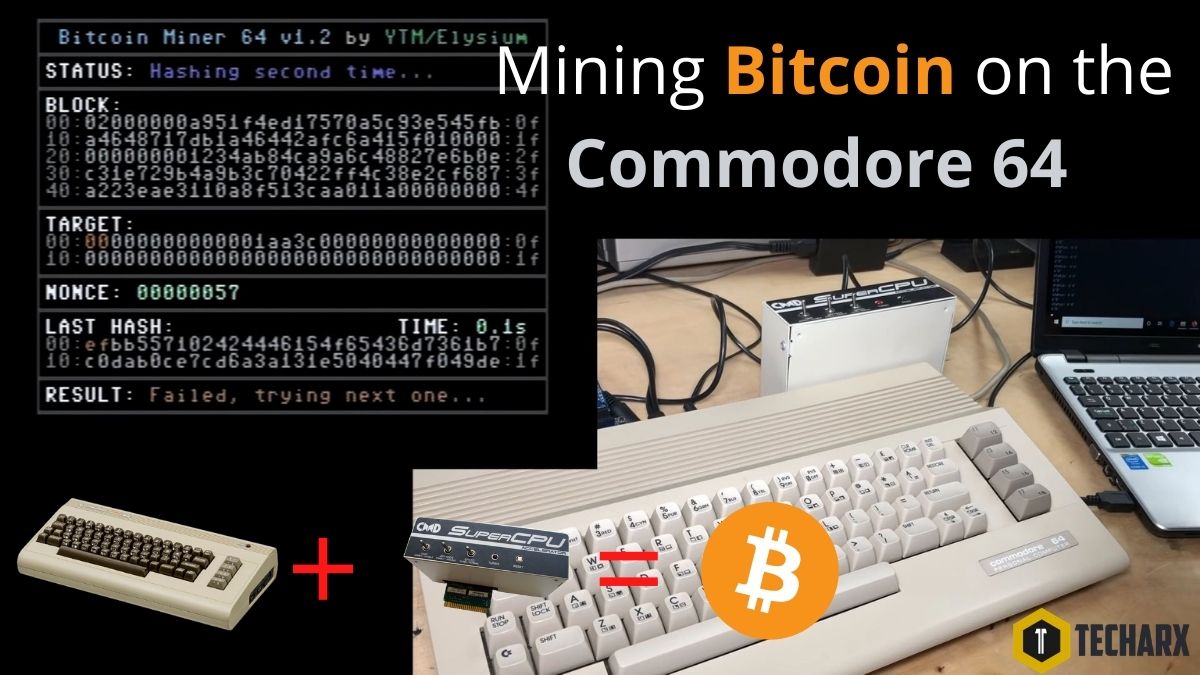 Ever imagined using a Commodore 64 for bitcoin mining, well now it is possible and some benchmark results are here for you to see.

A retro computer collector and video game programmer named Robin Harbron, on his popular youtube channel “8-Bit Show And Tell” has modified the Commodore 64 to be able to mine Bitcoins. This is actually an interesting find to see that it is possible to modify a console to mine crypto.

Commodore 64 was released in 1982 by CBM. It features a MOS Technology 6510 processor which has a frequency of 1.023 MHz. The console is equipped with 64KB of RAM, 20KB of ROM, and a special VIC-II graphics chip. This is very old and weak hardware to mine blockchain-based cryptocurrency, and at that time no one would have imagined this will be used for Bitcoin mining. but this is exactly what 8-Bit Show And Tell achieved in his latest modding attempt.

The hashing rate achieved was 0.3 h/s, the code of the program is written in C programming language, not machine language which could possibly provide 10 times more performance. Even when using the SuperCPU which increases the performance further by 20x it is will a very slow speed at 0.1s per hash. Using the Turbo Chameleon 64 it gets 0.1-0.2s per hash.