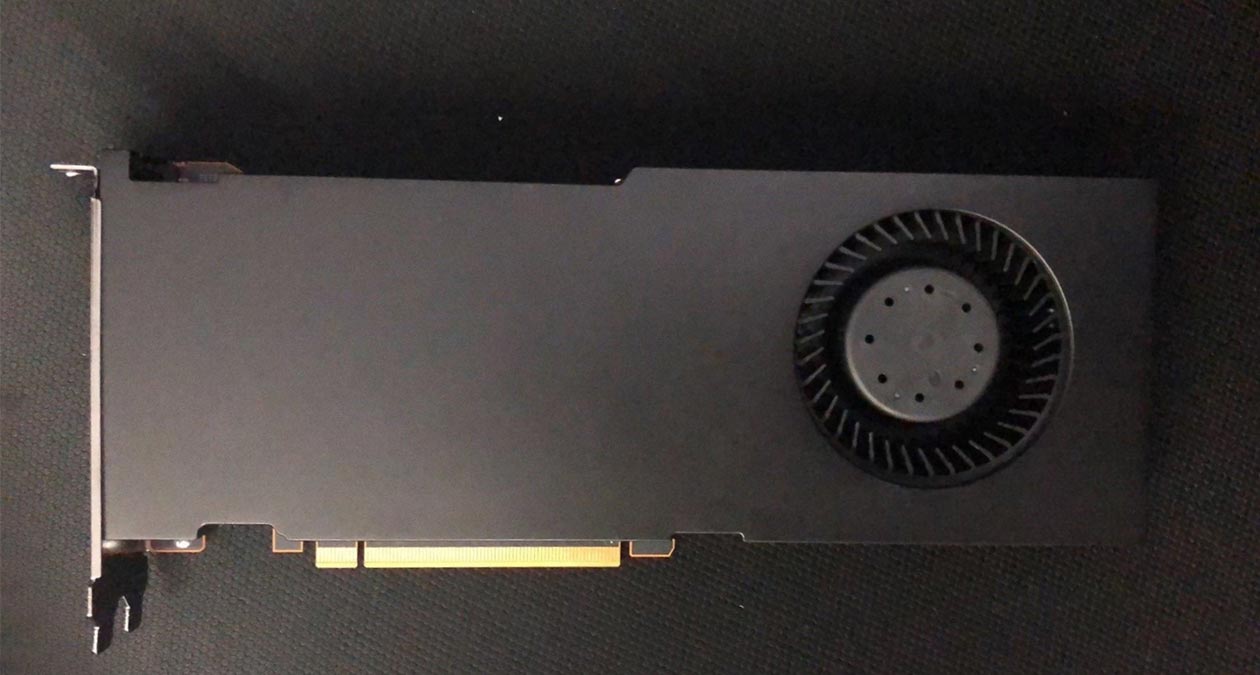 Recently Apple updated its macOS operating system with support for Navi RDNA2 architecture GPUs. The update mention only consumer Radeon RX models like the 6800, 6800XT, and 6900XT with an expectation for inclusion of upcoming Radeon Pro Models.

Coming hot on its heels, we have an wild leak on our hand courtesy Geekbench! This particular tidbit, fist noticed by @benchleaks shows a Mac Pro 7.1 based on the Intel Cascade Lake-X, running the rumored Apple Exclusive AMD SKU : Radeon Pro W6900X.

In terms of performance, the graphics card was tested in Apple Metal API test. While the benchmark scores were taken off or hidden, we managed to take a quick look and the scores ranged from 152K to 171K points, which roughly puts the W6900X between the RX 6800XT and RX 6900XT.

The Radeon Pro W6900X picture itself was leaked a few days back in ChipHell Forum famous for this kind of shenanigans.

It is still unclear if the model in the picture is the actual card used in geek bench. But we can safely guess form the timeline of the leaks that they are the same. From the benchmark we can see, whatever the card is; it gives about 70% better performance in the Apple ecosystem.