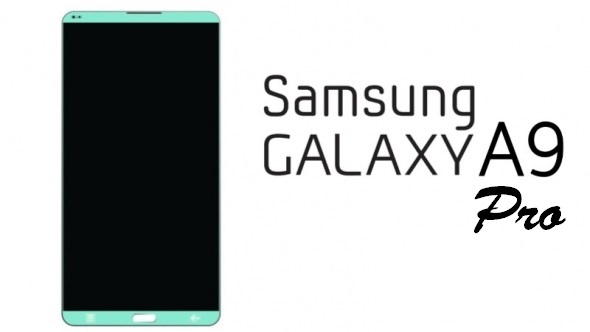 Samsung unveiled the Galaxy A9 smartphone in China in the end of the last year. While the smartphone has yet to launch in India, It seems that Samsung is Working on the pro version of A9. Earlier this month. The Galaxy A9 was spotted on GFXBench and now its upgraded version that is “A9 pro has been spotted on Antutu  revealing a detailed set of specifications. 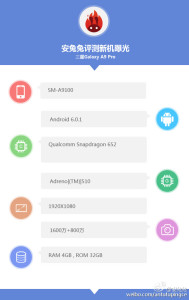 The Galaxy A9 Pro is  to be equipped with a Snapdragon 652 chipset and 32GB of internal storage.Rumors says the phone to feature  6-inch display, RAM will also get an upgradation in A9 Pro, that is A9 pro to get 4 GB of RAM whereas A9 is equipped with 3GB of RAM.

The phone’s camera gets an upgrade too,  A9 Pro is to sports 16MP at at back and 8 MP at the front. This also means that A9 Pro won’t have the same sensor as the rest of the A (2016) Series.