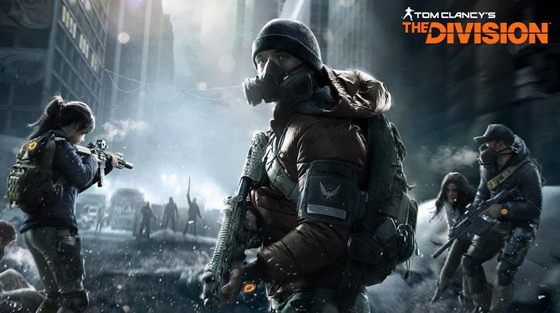 The most anticipated open world MMO from Ubisoft Tom Clancy’s The Division is all set for a beta testing on January 28th followed by a March 8 release on Ps4,Xbox One and PC. While console port is not that much of a concern, people are actually pretty terrified about the PC port of the game thanks to some disastrous ports from Ubisoft in recent years. Among all these yesterday a Neogaf user allegedly revealed the Pc system requirements for the game claiming its a “user request reveal” from Ubisoft Russia. Here is the rumored pc system requirements for the game:- 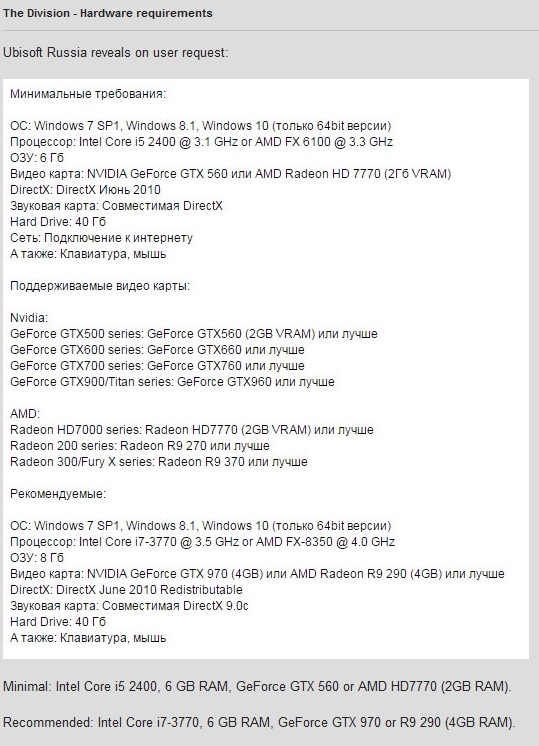 Yes we can understand that Russian is not your forte, here is the system requirements in English :-

While the above system requirement seems too good to be true we strongly suggest you take that with a pinch of salt as there is no official confirmation about this “leaked” requirements.

Tom Clancy’s The Division was first showcased back in E3 2013 and since then things changed alot. Downgrade issue was so strong with this game and some recent footage actually confirms that the game has gone through some serious makeovers in past few years. Xbox one users got the first chance to taste the apocalyptic New York back in December 2015 but due to some non disclosure agreement rumor mills did not get the required air. As January 28 approaches fast its time to see if The Division is the sole gamechanger for Ubisoft this year or it is shaping up to be a new Watch Dogs. For more info about The Division stick with Techarx.