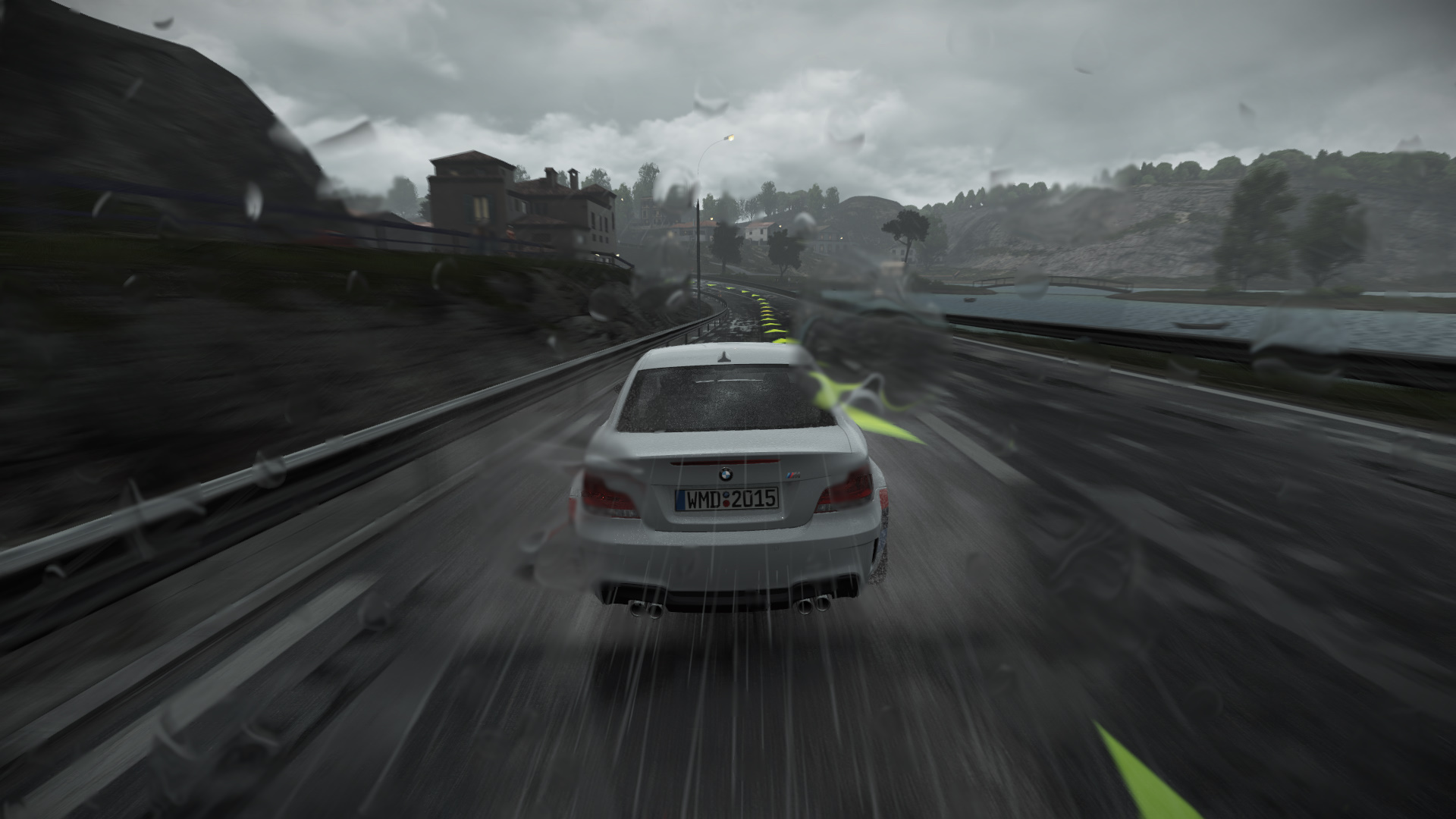 Cars are the most loved and talked about things among gamers as well as common people.We all have that amateur car enthusiast in our-self who occasionally comes out in very rare situations and studios like Slightly Mad always come up with such “rare” situations.Project Cars is the ultimate driving experience one could ever get from a video game.Its more of a journey of a perfect driving career,virtually of course. 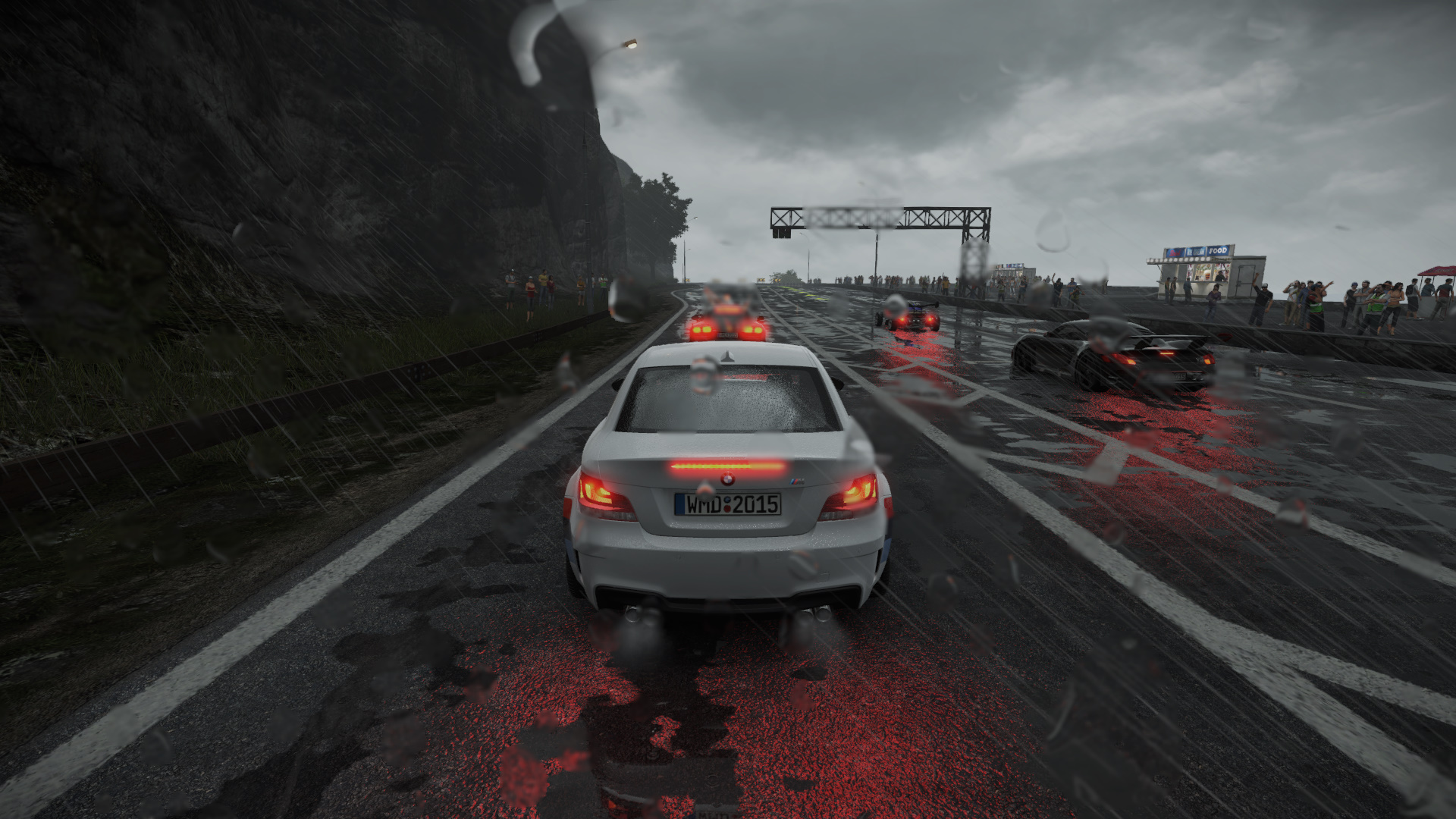 When you first boot up Project Cars you will immediately notice that all the cars and the most iconic tracks of racing world are all fully unlocked right from the beginning.Pick yours and race through the opponents of your own category or if you want more challenge customize the racing attributes to much higher difficulties.But what actually I dint like about the game is the UI.Its complicated and it will take time to understand all the options at once.For example it took me at least 1 day to actually figure out where the “Exit” button is.Well if we completely ignore the UI part the game is a pure bliss for driving enthusiasts.The most highlighted part of Project Cars is the “career” mode.A well crafted career mode will allow you to start your journey from Karting to Tier 8 professional racing events.You can start your journey from almost anywhere be it rally,touring cars,open wheel,GT etc.You can even create multiple career accounts and manage them simultaneously.

Sometime Career can give you stress and you need to cool off.Dont worry,Slightly Mad studios has covered that part too.Navigate to quick race and choose whatever you like,be it tracks,cars,AI difficulties,weather,time,laps,pit stop options everything.But one change I noticed from the early build that they removed the animated pit stop actions in the retail/final version.As I mentioned above all the tracks and cars are unlocked from the first boot up,so you got plenty of options to customize your weekend leisure. 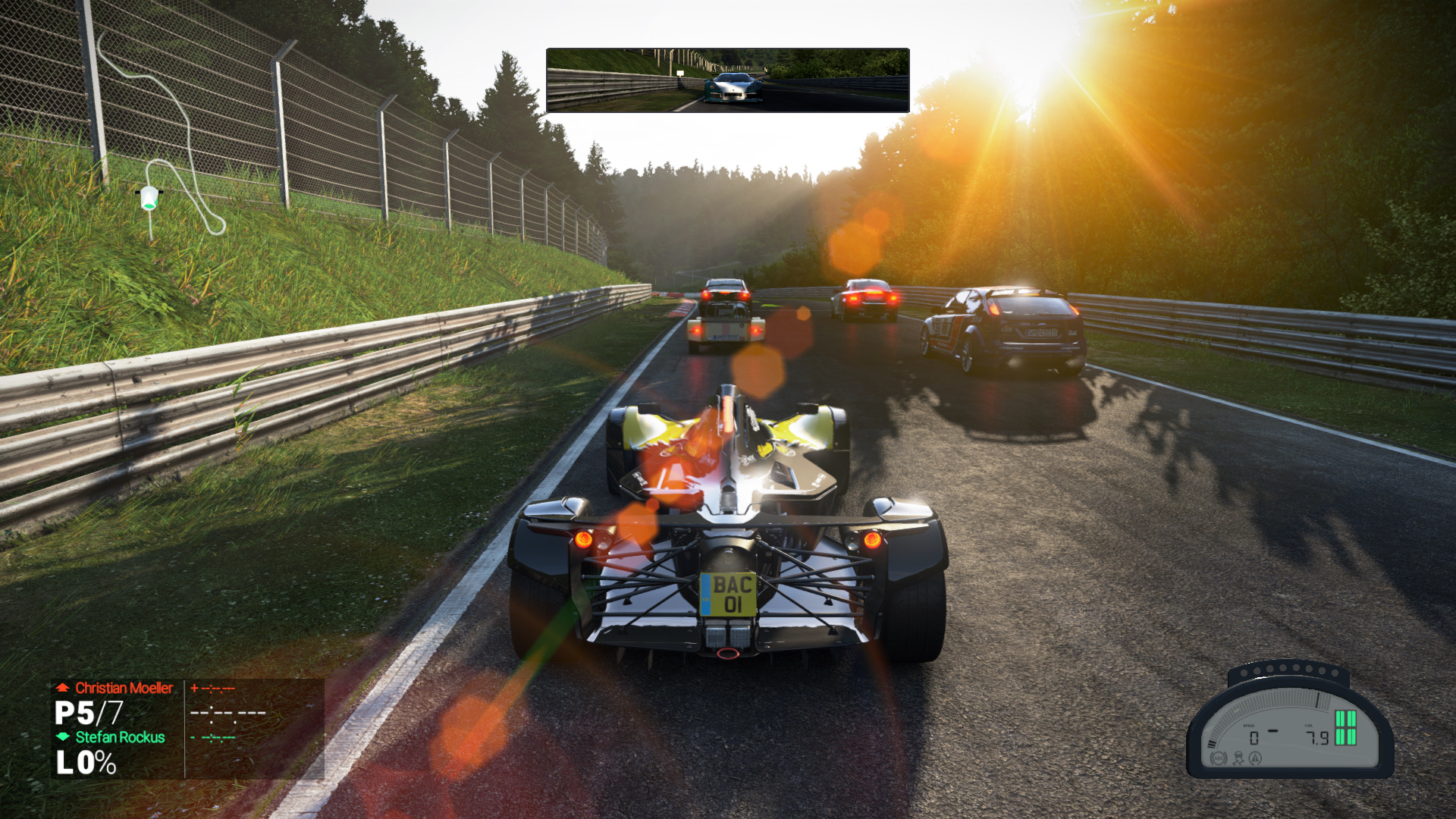 One of the most greatest part of Project Cars is the detailed look of the game.Environment,cars all are brilliantly detailed and looks identical to their real time counterparts.But one thing which actually made me curious that despite being so detailed Slightly Mad studios failed to acquire the official license of some vehicles.Most of them got their official mark but some appears to be mere clones. 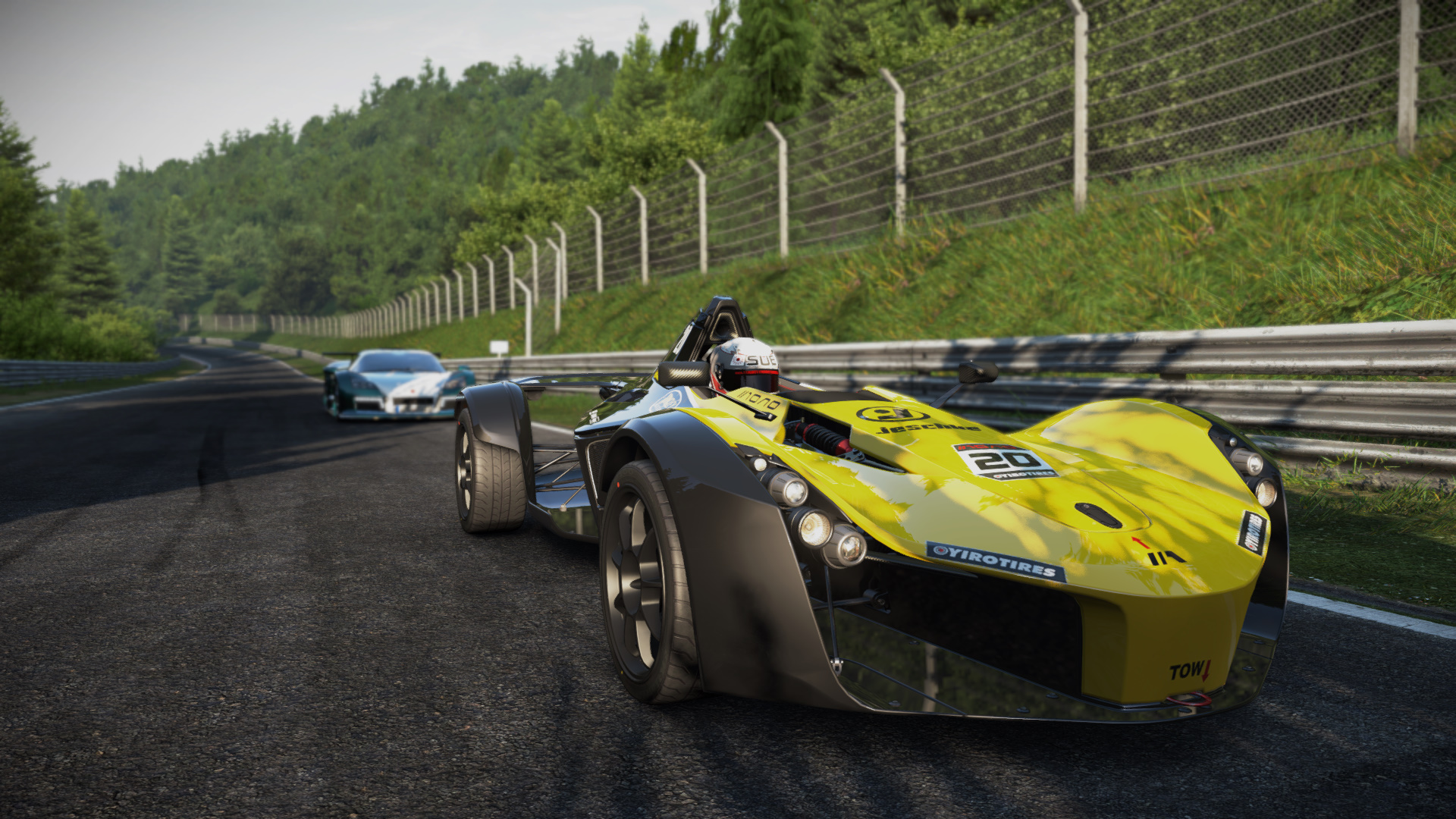 If you are following some racing simulators for past one year the term “Dynamic Weather” is very much familiar to you.The term started from the much appreciated PS4 exclusive racer Driveclub where dynamic weather took a major part in the success of the game.You can even call it a “gamechanger” for them.Even Xbox one was not behind,as their exclusive racer Forza Horizon 2 got a late weather dlc/patch named as “Storm Island”.Thankfully in case of Project Cars Slightly Mad studios gave enough emphasis to the weather right from the beginning.Storm,thunderstorm,rain,light rain,fog,heavy fog,clouds(light,medium,heavy),clear name it and you will get it.If you navigate to quick race and try to customize your race a bit you will certainly notice a “condition” tab in the UI.Here you can adjust the racing environment.You can add upto 4 different weather slots in a race which will allow the weather to change dynamically from clear to rain to thunderstorm then foggy or whatever your preferred weather option .You can also determine the speed of weather change if you are in a comparatively short track.Though i will give a slight advantage to Driveclub when it comes to dynamic weather but still Project Cars does a decent job.

Now the part which I hate most but I cant even ignore as its the most important part of any racing game,Handling.This is a part which disappointed me a bit.I played simulators like Grid 1,Grid Autosport,forza motorsport,gran turismo and after playing those I really expected a revolution from Project Cars.Alas,that dint happen.Project Cars is one such game that offers tons of racing wheel support as well as keyboard and controller support which at least I haven’t seen in any racing simulator till now,but it lacks some basic principles.Corners are stiff as hell and some cars just feel like handling a whale on a race track.The funny part is when i switched to controller from a racing wheel things got even more worse.Turns look impossible sometime and you will eventually crash sometime even on a clear weather due to poor handling,which will cost you the most precious thing in any kind of racing game,Lap Time.I do hope they will fix this in upcoming patches or atleast provide some more options to tweak the settings. 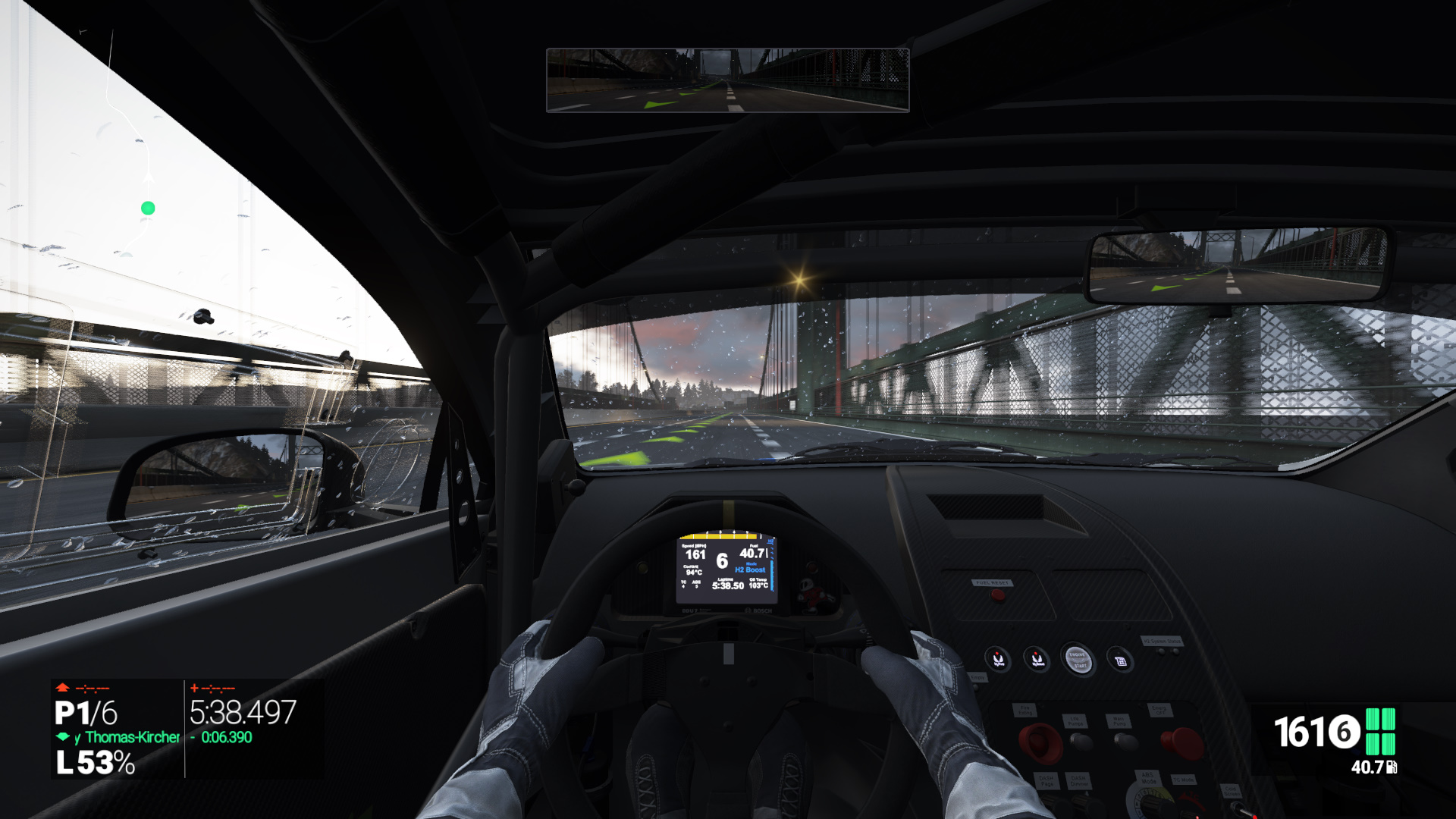 Well overall Project Cars is a very ambitious project from a studio like Slightly Mad.Its graphically brilliant and user friendly to those who dint even played any racing simulators before this.Its an ideal platform for them to start their racing career and this might also help them to find their love in this genre and for veteran racing enthusiasts its high time to nurture their skills.