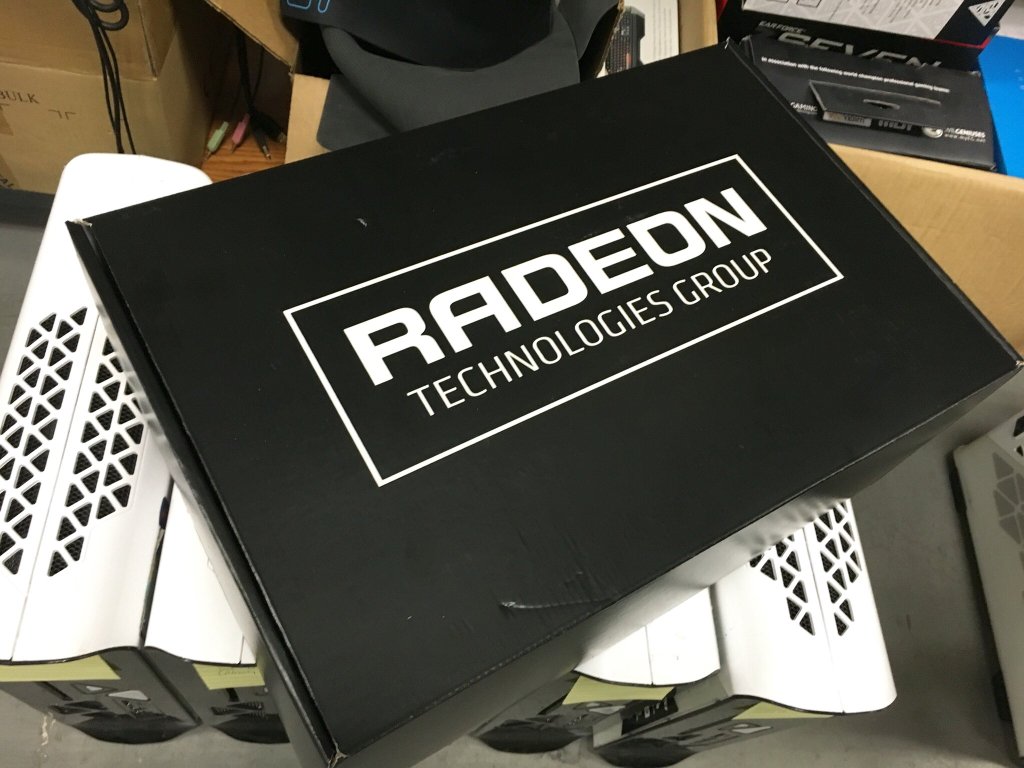 With the release of Radeon Pro Duo just days away, unboxing pictures of the card is being leaked all around the internet.
We bring you some of them for your viewing pleasure courtesy the Chiphell Forum and ibuypowers twitter page 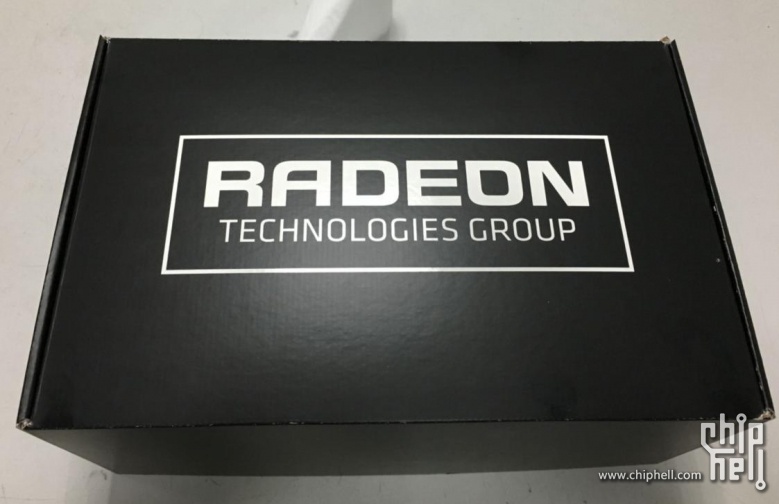 Radeon Pro Duo is based on two of AMD’s Fiji GPU cores, giving this GPU a total of 8192 GCN GPU cores and a total of 8GB of HBM memory, all of which is cooled by a custom made Cooler Master AIO water cooler. On the price side of things we have a 1500USD tag which makes it more costly than two fury X, 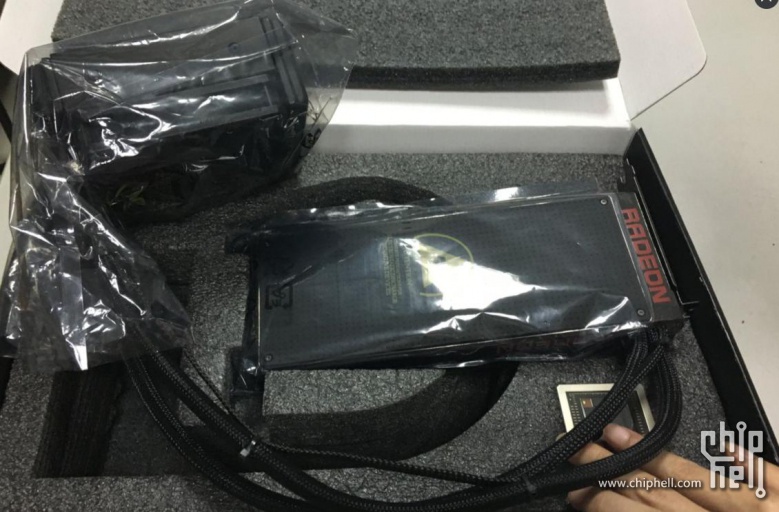 On the cooling side of things the card will be completely cooled by a thick 120mm radiator and a Cooler Master made AIO liquid cooler unlike the older 295×2 which had an hybrid cooling setup. While little is talked about the cooling but the slides from AMD looks abolutely stunning on paper

The whole card looks very premium with sleeved tubing, soft touch front and back plates, LED logo, matte black PCB and nickel-plated aluminum chassis. As always premium cards commends premium pricing and AMD is asking 1500$ for it which puts it at a tad bit costly than two Fury X’s combined, however the fact that is THE fastest Single PCB card ever produced might justify the cost. 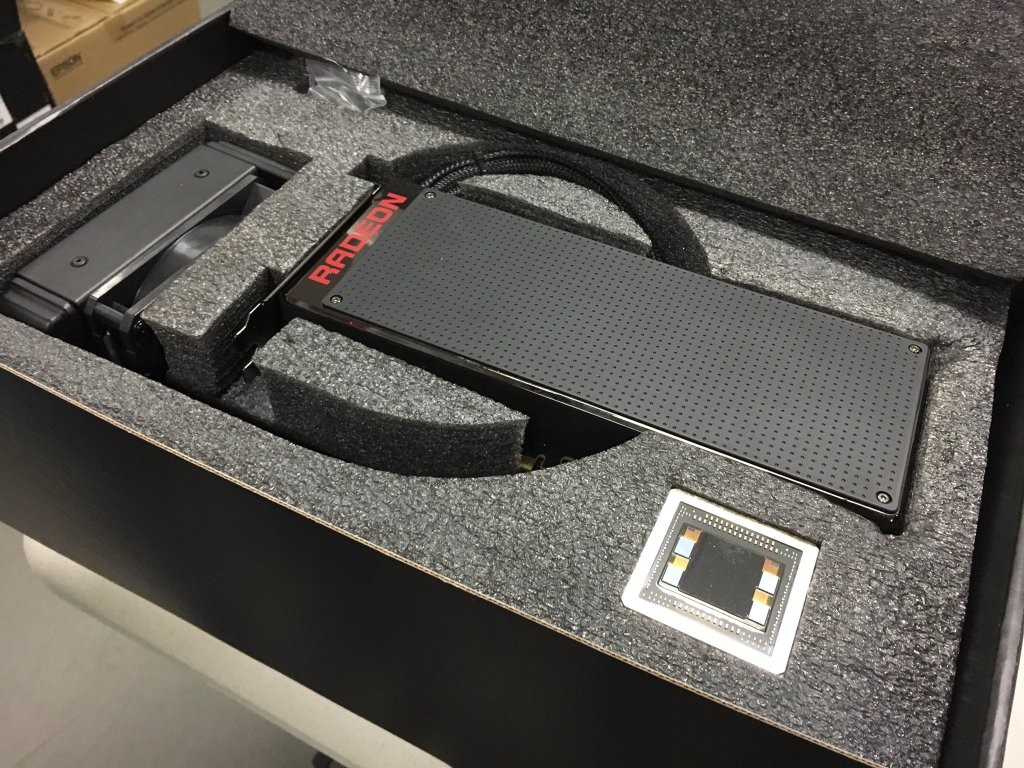 Oh and did we say the card comes with a separete Fiji chip which can be used as a keychain?(atleast we think so).
While we wait for the card to come out officially heres are some specs to drool over
Tags: amd Dual Fiji Dual GPU FIJI Graphics card radeon Radeon Pro Duo