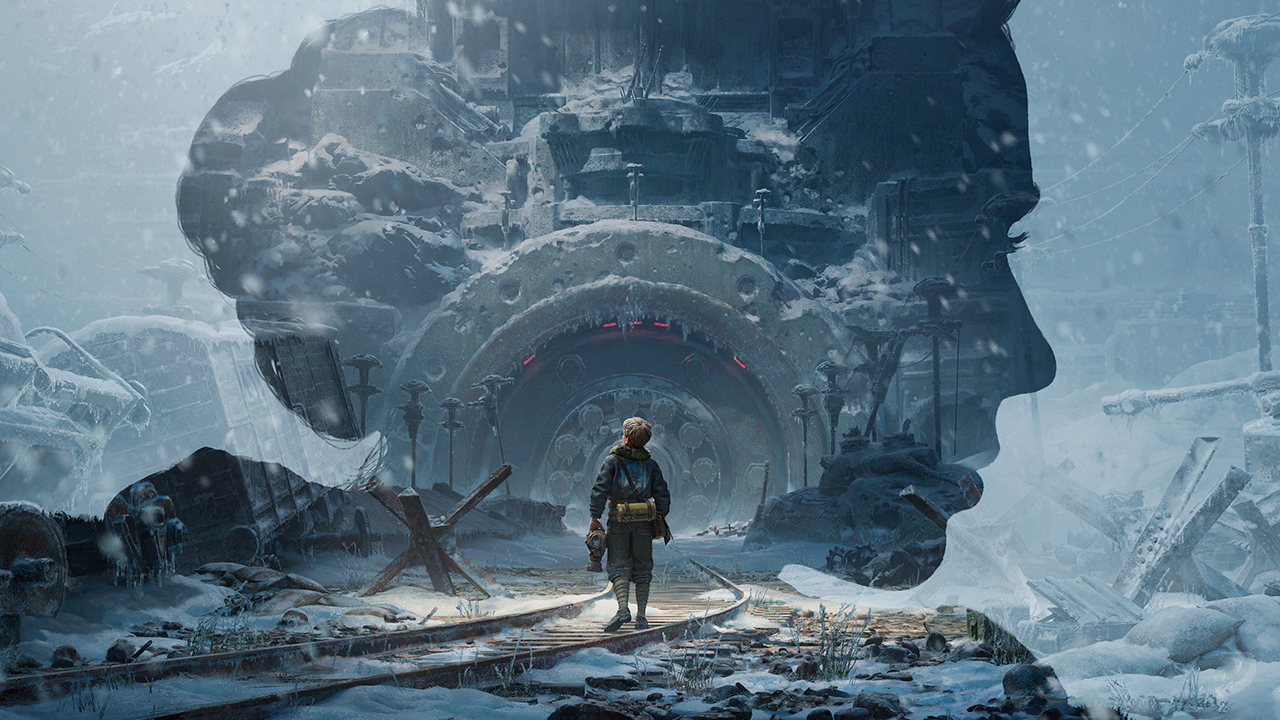 What if the Nazis had ended World War II by bombarding Europe with nuclear weapons? What would have become of the society? Would society exist? Developed by PolyAmorous and published by All in! Paradise Lost presents players with this terrifying reality from the perspective of a young boy searching for answers.

Plenty of other games and media have tackled this topic, but none of them tackled it in the eyes of someone who is helpless and without the means to protect themselves. The entire game also takes place in a Nazi bunker, without any hostile activity, so there’s no action-filled set pieces or tense firefights to worry about.

Instead of a gun-ho protagonist, Paradise Lost puts us in the shoes of Szymon, a 12-year-old boy who has survived the nuclear holocaust and stumbles into a Nazi bunker while looking for clues about his deceased mother’s past.

Right from the moment the game starts, it does a great job at setting up an eerie mysterious atmosphere and exploring the ominous bunker only keeps adding to this. It’s quite impressive how the devs have managed to fit in so much variety in terms of level design to an underground bunker, as it gradually opens up to show you it’s many facilities and landscape.

In terms of the plot, the game gave me Bioshock vibes, not only because you are accompanied by the voice of Ewa, who communicates with you through the radio but also because the bunker gave off the distinct dystopian feeling that Rapture did. Here you have an entire impressive society underground, sheltered from the harshness of outside, yet it is abandoned, hiding a myriad of secrets begging to be uncovered.

The gameplay chiefly consists of exploring the levels, finding documents, solving the occasional puzzles in order to find out just what transpired over here. Understanding the story fully will require you to find these optional documents in order to read their contents, and skipping them makes the narrative feel disjointed and confusing. The pacing feels awkward at times and is only hampered further by the inconsistent voice acting. That being said it still managed to keep me hooked from start to finish but then again I don’t have issues with exploring every nook and cranny.

There is no fighting, or running away from threats. It is through and through a walking simulator, and if you find the lack of stimulating events boring, this is probably not for you. This is not a bad thing, but it is important to make it clear because if you enter expecting a more “traditional” gaming experience, it will probably be a little too short. But if you like games that put all their focus on the narrative, then you are going to enjoy it.

Paradise Lost’s true strength lies in its use of environmental storytelling use is also made of environmental narrative, and players with a keen eye will find that a lot of the locations have more than what meets the eye. Interestingly, you will run into occasional E-V-E terminals that will allow you to somehow manipulate past events, that have very subtle implications in Szymon’s journey. What I fail to understand is how Szymon suddenly managed to get his hands on time-manipulating powers.

Coming back to the pacing of the game, I feel the character moves and interacts with everything too slowly. Szymon is young, he is supposed to be nimble and agile, instead, he feels like controlling a tank. I don’t understand this obsession with developers deciding to implement intentionally slow movement in order to build an “atmosphere”. It feels extremely frustrating and prevents extended play sessions unless you have the patience to sit through everything at a snail’s pace. Even the run button does very little to speed things up.

Visually the game manages to deliver, and the art style goes hand in hand with their artistic vision. The game feels extremely atmospheric and immersive from a visual standpoint, with detailed environments and excellent lighting. It’s not exactly jaw-dropping, even for previous-gen standards, but it does its job. The soundtrack also does a great job, but none of it really stands out.