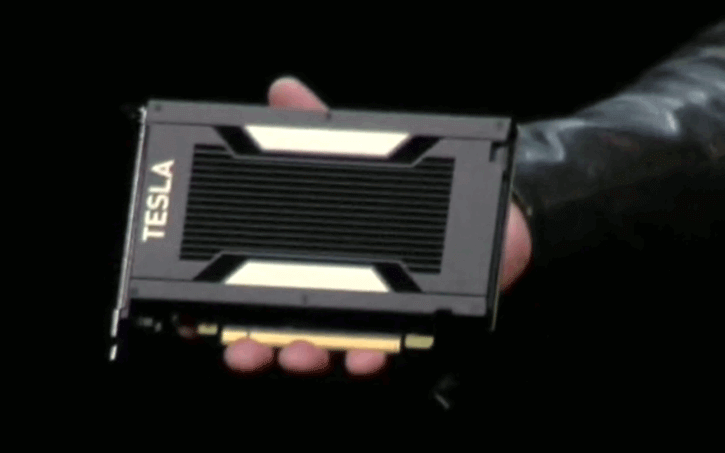 Over at GDC Nvidia, today reported the Tesla Volta V100 processor, this is a Volta GPU based on Tensor architecture. Tesla Volta V100 will be manufactured on TSMC’s 12nm finfet handle, driving the breaking points of photo lithography as this GPU is huge.

The Tesla Volta V100 graphics processor has 5,120 CUDA / Shader cores and is based upon an incredible 21 Billion transistors. It offers what Nvidia calls 120 Tensor TeraFLOPS of performance. Gaming wise it would perform in the 15 TFLOP (fp32) region, delivered by a new type of architecture called Tensor cores. The R&D behind this did cost Nvidia many years and about $3 billion worth in investments, CEO JHH stated in his keynote.

However this GPU is not going into the GTX line, rather its for the server and deap learning Tesla lineup.The new Tensor Core is based on a 4×4 matrix array and fully optimized for deep learning. Nvidia stated, they felt Pascal is fast, but isn’t fast enough. The GPU is huge, it’s 815mm2 huge and would fit roughly the palm of your hand. 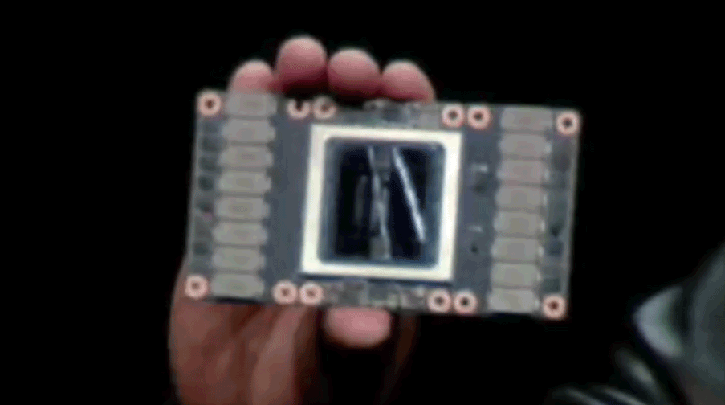 Tesla Volta V100 is capable of pushing 15 FP32 TFLOPS and much like Pascal GP100 is once again tied towards 4096-bit HBM2 graphics memory (stacked on-die cache). The unit will get 16GB of it divided over four stacks (= 4GB per stack). The memory is fabbed by Samsung. That HUGE die at 815 mm2 is fabbed by TSMC on a 12nm FFN fabrication process. In Q3 you will see the first enterprise based products based on Volta that start at 69.000 dollar. For us gamers, when GeForce GTX 1180 or 2080 will be released. That remains to be topic of a long discussion. Below a comparative specification list of the primary Tesla GPUs running up-to Volta, which runs in the 5120 shader processors at the 1.45 GHz marker for Boost frequency btw. It’ll have 320 Texture Units, sheesh. 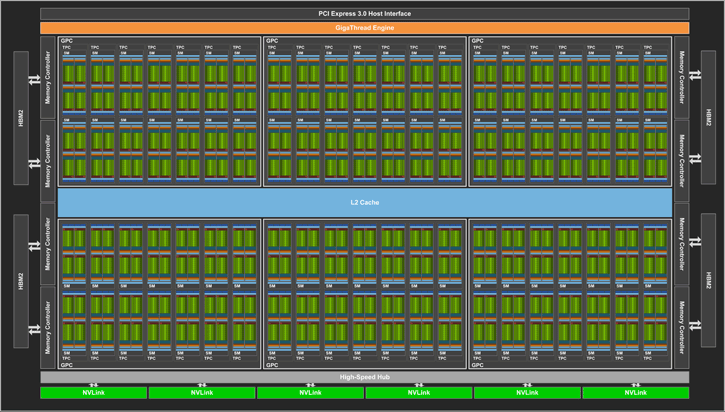