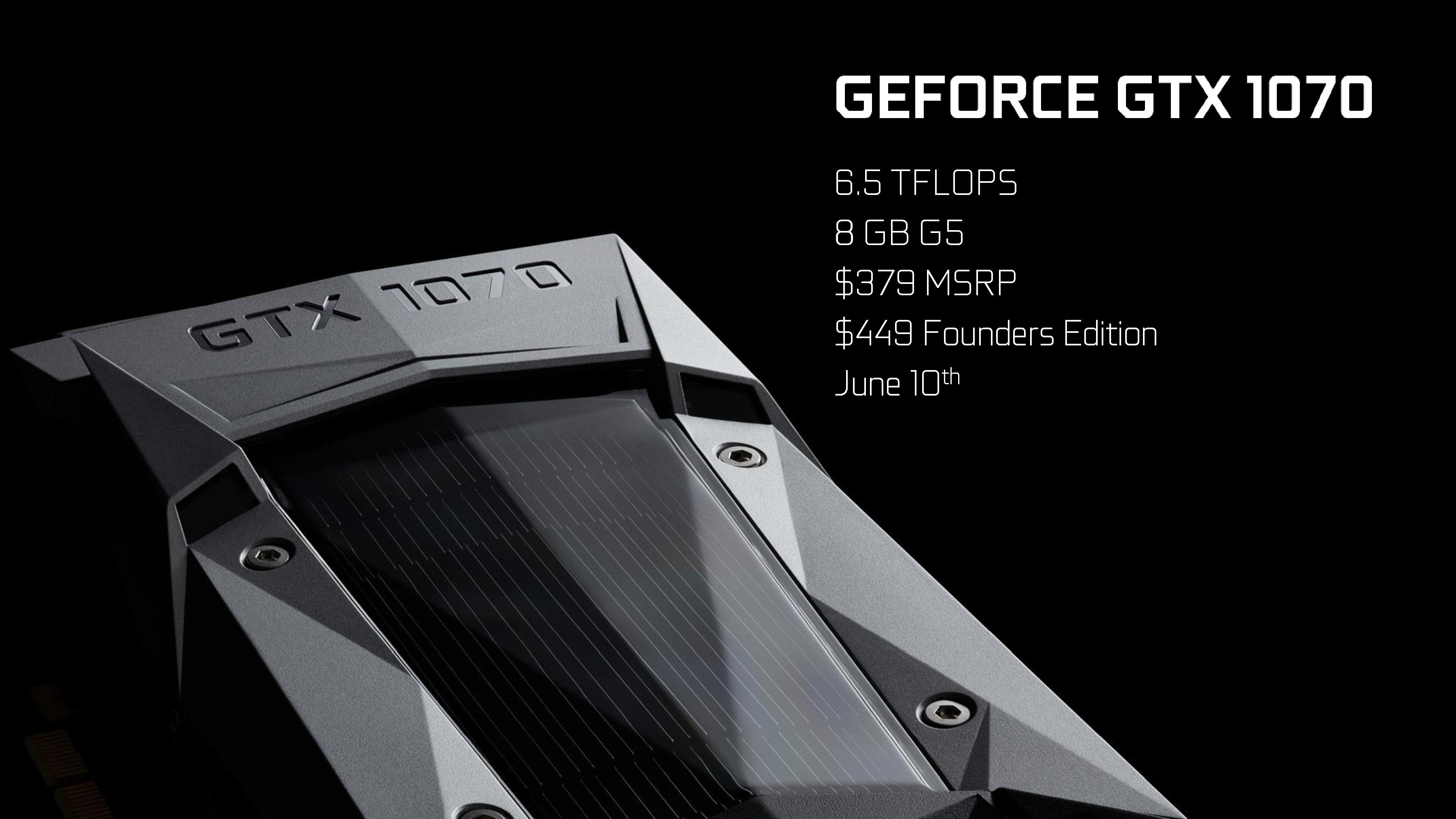 Nvidia has finally confirmed the specs for its highly anticipated $379 GeForce GTX 1070 graphics card.The card will feature the same GP104 GPU that powers the flagship GTX 1080 with a bit of less premium features that powers the GTX 1080 in a friendly budget. 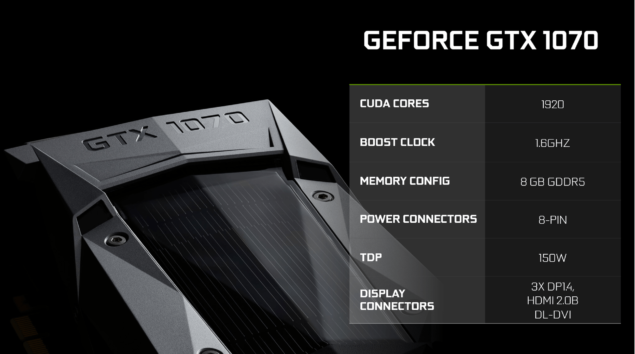 The graphics card will also feature 1920 CUDA cores, a slightly lower boost clock of 1.6Ghz and a more lean TDP of 150W. Nvidia Also states that the GTX 1070 will be faster than the company’s previous flagship’s, the GTX Titan X and GTX 980 Ti.

The GTX 1070 Founder’s Edition – reference design – will launch on June 10 for $449. Custom cooled and factory overclocked GTX 1070 from Nvidia’s partners will launch soon afterwards for $379.

If you guy’s be a gamer or hardware enthusiast, have been paying a very close attention at the gpu market lately then you must not be surprised at what this powerful budget card packs. The cut back versions of any graphics chip deliver a huge chunk of the performance of their higher-end counterparts at a fraction of the cost and are alway’s the better buy.

This is the main reason why gamer’s always go with the second fastest graphic’s card in the lineup. You just get a lot more for your money. The price to performance ratio always stays more here in the cut back version and its always the smarter choice for gamer’s.

The GTX 1070 is definitely not an exception. If you’re a gamer that’s looking to upgrade to a new higher resolution monitor or just want more performance for any number of good reasons then the GTX 1070 will be the Pascal card you’ll want to get. 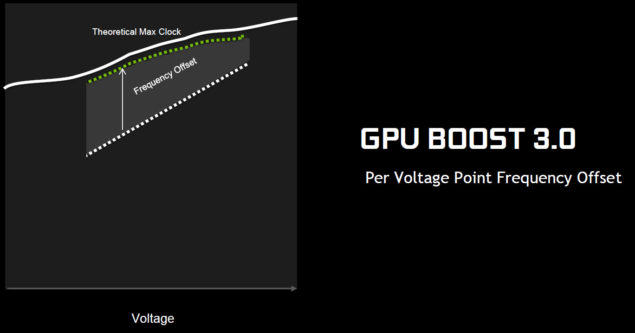 The frequency curve is now dynamic and follows per voltage points as opposed to a fixed margin. The result is higher clock speeds and better voltage utilization which translates to superior performance per watt. And what it means is that while the GTX 1080’s boost clock is rated at around 1.7Ghz the card will on average boost to nearly 1.9Ghz. And the GTX 1070 will be no different, despite its lower boost clock of 1.6Ghz we should see a similar 200mhz uplift in average clocks while gaming. 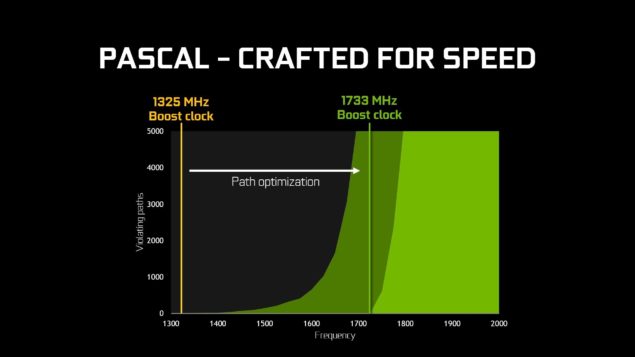 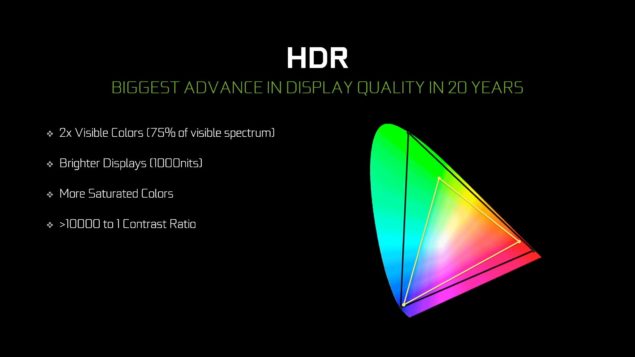 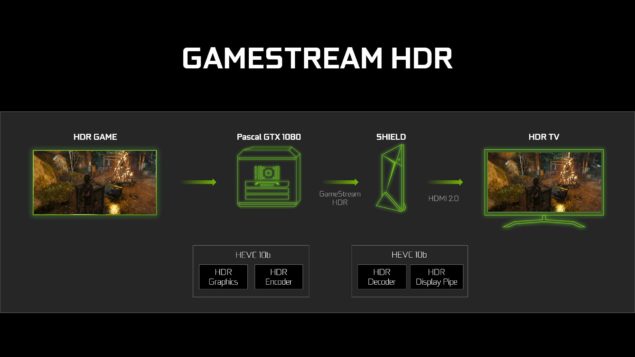 The cards also finally, a first for any GeForce products, support 10-bit per color channel. Something that the Radeon counterparts had for years. So if you have a color rich 10-bit per channel monitor you’ll finally be able to enjoy it on GeForce. Blacks will be absolutely black, reds greens and blues incredibly more accurate. This includes support for upcoming High Dynamic Range monitors as well. 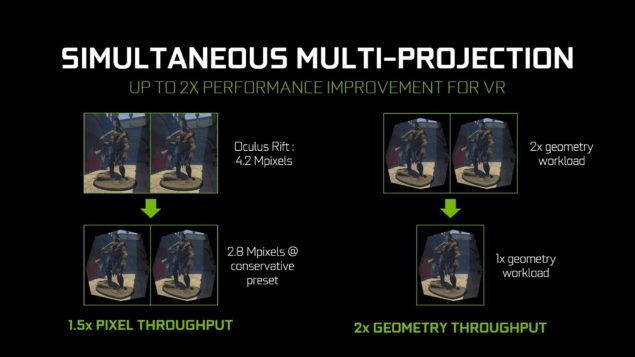 Simultaneous Multi-Projection is a VR specific feature that improves performance by eliminating the need to render what the user can’t see and only spend energy on what the user can actually see.

The Oculus Rift outputs a total of 4.2 megapixels not all of which are actually useful to the user, nor do all of them form part of the visible scene. SMP can eliminate up 1.4 megapixels, rendering only 2.8 megapixels in total, significantly improving performance.

MP also cuts Geometry render times by half.  SMP is not a Pascal specific feature as it’s done more in software, but according to Nvidia a new sub-segment inside the PolyMorph 4.0 engine has been built specifically to improve Pascal’s SMP capability.

The Nvidia GeForce GTX 1070 Founder’s Edition is coming out on June 10. Expect reviews and benchmarks to surface before then anyways. AMD is also expected to launch its competing Radeon 400 series Polaris graphics cards on June 1st.

Do let us know in the comments below on what you think about the GTX 1070 and if you are planning on buying it.