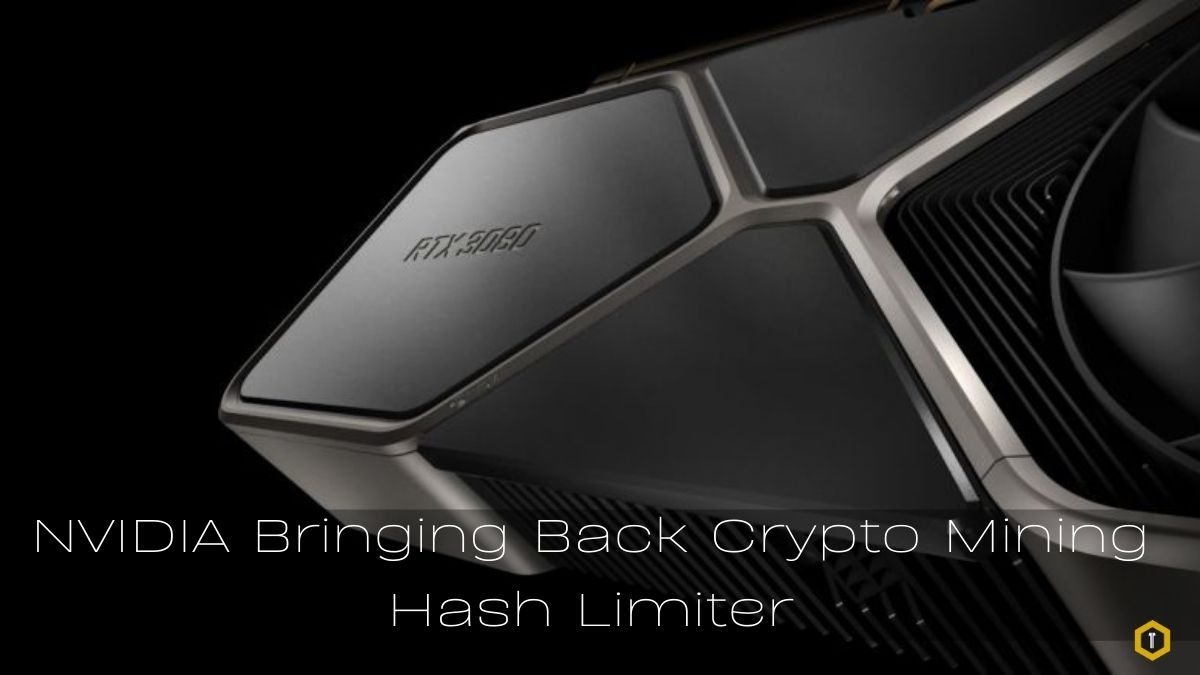 Nvidia is against mining with its new LHR series. The new GPU will feature a new device ID that will prevent using of older drivers.

NVIDIA is bringing another hash rate limiter by introducing its new LHR (Lite Hash Rate) series. These cards will be slightly different from the current models but with no change in names. NVIDIA RTX 30 graphics cards that will be available starting from the middle of May will feature a crypto mining limiter. There might be some exceptions, such as RTX 3090, but the reality is that all these new/old cards will get a new GPU variant.

Those GA10X-XX2 GPUs will feature both: crypto mining limiter and ResizableBAR support. NVIDIA will now manufacture every GPU with Resizable BAR and crypto limiter included from now on, and for that these cards will require new drivers.

The Latest GeForce 466.27 driver reintroduces RTX 3060 crypto mining limiter. This is the same limiter that was removed due to some leaks a few weeks back, the previous Nvidia hash rate limiter was software-based so it was easy to bypass by not updating drivers.

The new RTX 3060 cards (equipped with GA106-302 GPU) will carry a new PCI Device ID of 2504. This will prevent previous(302) RTX 3060 models from being used with older drivers. This should also ‘force’ miners to buy the NVIDIA CMP HX series instead. Whether that is indeed going to happen, we will find out soon enough.