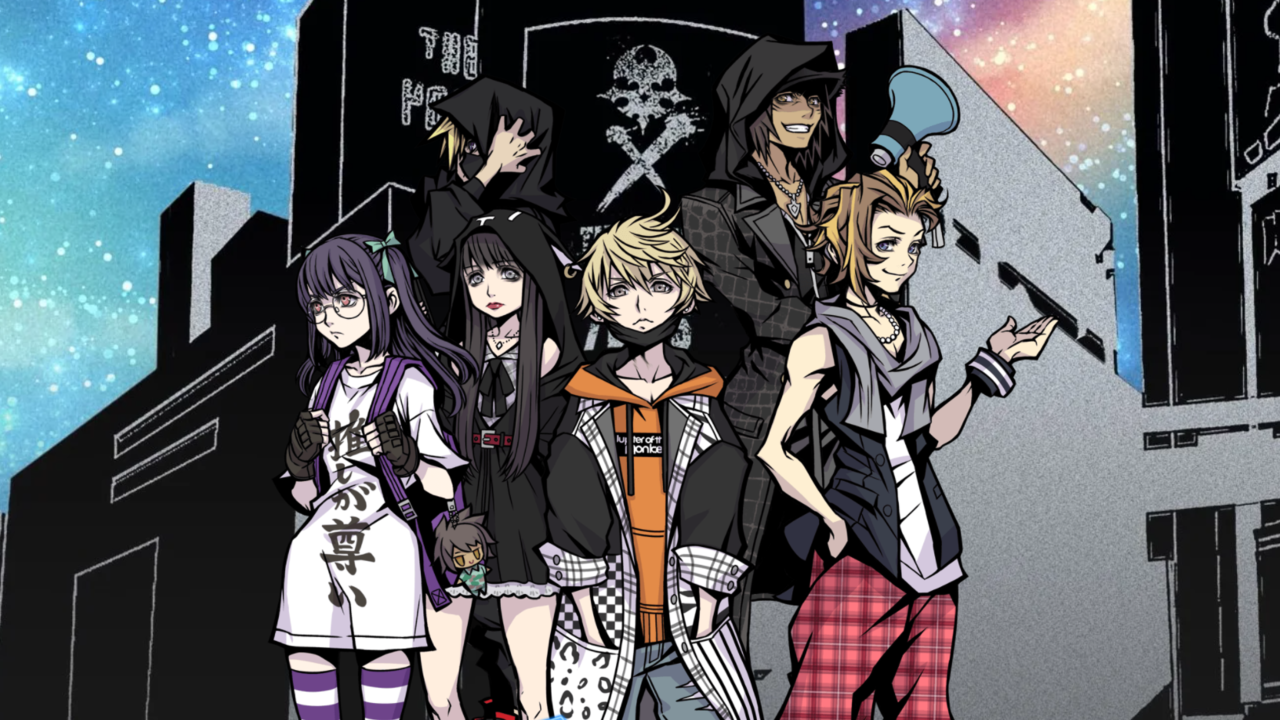 For fourteen long years, watching a sequel to The World Ends With You seemed like an unattainable dream. The critically acclaimed and beloved Nintendo DS exclusive won many hearts but did not make enough of an impact on the sales front. Recently however with growing interest in the IP due to its re-release on mobile phones and Nintendo Switch, a sequel has finally arrived at us.

And here we are, in 2021 with NEO: The World Ends With You, out now on consoles and arriving later on PC. And although the hardware has evolved and aspects such as the combat system have had to change, Square Enix has managed to develop a worthy successor to the original title, a unique game that oozes style.

For a story-heavy series like The World Ends with you, one would expect that the plot would be complicated and not friendly for newcomers. Yet NEO: The World Ends With You is designed to be enjoyed by both followers of the original and those who are only going to play the second game. Though I highly recommend you play the original if possible, as you will be able to get more out of the plot if you do.

We have a new protagonist, a young man named Rindo Kanade, who ends up becoming a part of the Reaper’s Game, a mysterious team-based competition with deadly consequences. Joining him is a colorful cast of characters including his best friend Tosai “Fret” Furesawa, Rindo’s classmate Sho Minamimoto, a mysterious hooded man, and Nagi Usui.

The adventure takes place over a series of days (each one corresponds to a chapter) spread over several weeks.

And every day is a new surprise: different situations are always presented, and not a single hour went by where I felt bored.
Of course, there is no shortage of a good helping of side missions, challenges, and optional content. I spent upwards of 40 hours with the game and I still have a lot left to do.

The story itself is an emotional and well-written one, but unfortunately in its quest to imitate its predecessor it never quite reaches the heights set by The World Ends You.

But let’s talk about a key aspect of NEO: The World Ends With You: the combat system. The first game presented one of the most original gameplay systems in the JRPG genre thanks to the use of the double screen of Nintendo DS. But unfortunately, this time around there’s no double screen and if you’re on PlayStation, Xbox, or PC, not even a touch screen.

Fortunately, the gameplay still feels fun, even though not necessarily as innovative. The combats take place in real-time, with all the characters on the battlefield. And each character is associated with one of the front buttons or the triggers, depending on the pin that we have previously equipped. With this, Neo has quite successfully replicated the feeling of controlling several characters at the same time, one of the hallmarks of the original installment.

It’s impossible to understand the combat system in NEO: The World Ends With You without the pins. Each pin represents a psychic power: it can be a series of melee blows, or a burst of shots, or a powerful flare, or a shower of lightning, or a column of ice that sends enemies into the air, or a bomb, or a row of spikes that immobilizes enemies … you get the deal.

A big complaint I have with Neo’s gameplay is the difficulty curve. For major stretches of the game, I could go by just button mashing but suddenly I would be hit with a difficulty mountain instead of a curve and forced to step my game up. I appreciate a good challenge and all but Neo should have eased players into the difficulty with a more natural difficulty spike and not hit us in the face with a baseball bat momentarily after the difficulty equivalent of pillow fighting.

Returning to the pins, collecting them is an absolute joy. In addition to obtaining them by buying them in stores or after defeating enemies, they level up with use and evolve to more powerful versions, which invites you to try and experiment with finding the perfect one for your playstyle.

In fact, in that sense, NEO: The World Ends With You is a deeper JRPG than meets the eye , and has quite unique mechanics that perfectly match its style. In addition to the aforementioned pin system, we have elemental weaknesses, status effects, pieces of equipment that are actually items of clothing from different brands, a stat improvement system and even grabbing a bite to eat for boosts.

One of the most remarkable aspects of NEO: The World Ends With You is its captivating style, which serves as a reflection of the more youthful side of Japanese society. Representing all the trends that reigned in the past decade, social networks, messaging applications (and use of emojis), the Idol phenomenon, Pokémon Go-style video games, make a strong impact on the presentation style of NEO: TWEWY.

The artistic direction is as unique as its style, with funky striking cel-shaded graphics. It’s not exactly groundbreaking but it suits the style of the game perfectly.

And the soundtrack is the bomb! It is the game’s strongest points, with a selection of songs that also reflects the unique style of the adventure: j-pop, rock, heavy metal, rap. The variety is enormous and fits the gameplay like a globe. In addition, there are several remixes of some of the most remembered songs from the original.

Finally the game runs perfectly fine on the base PlayStation 4, with zero hiccups.