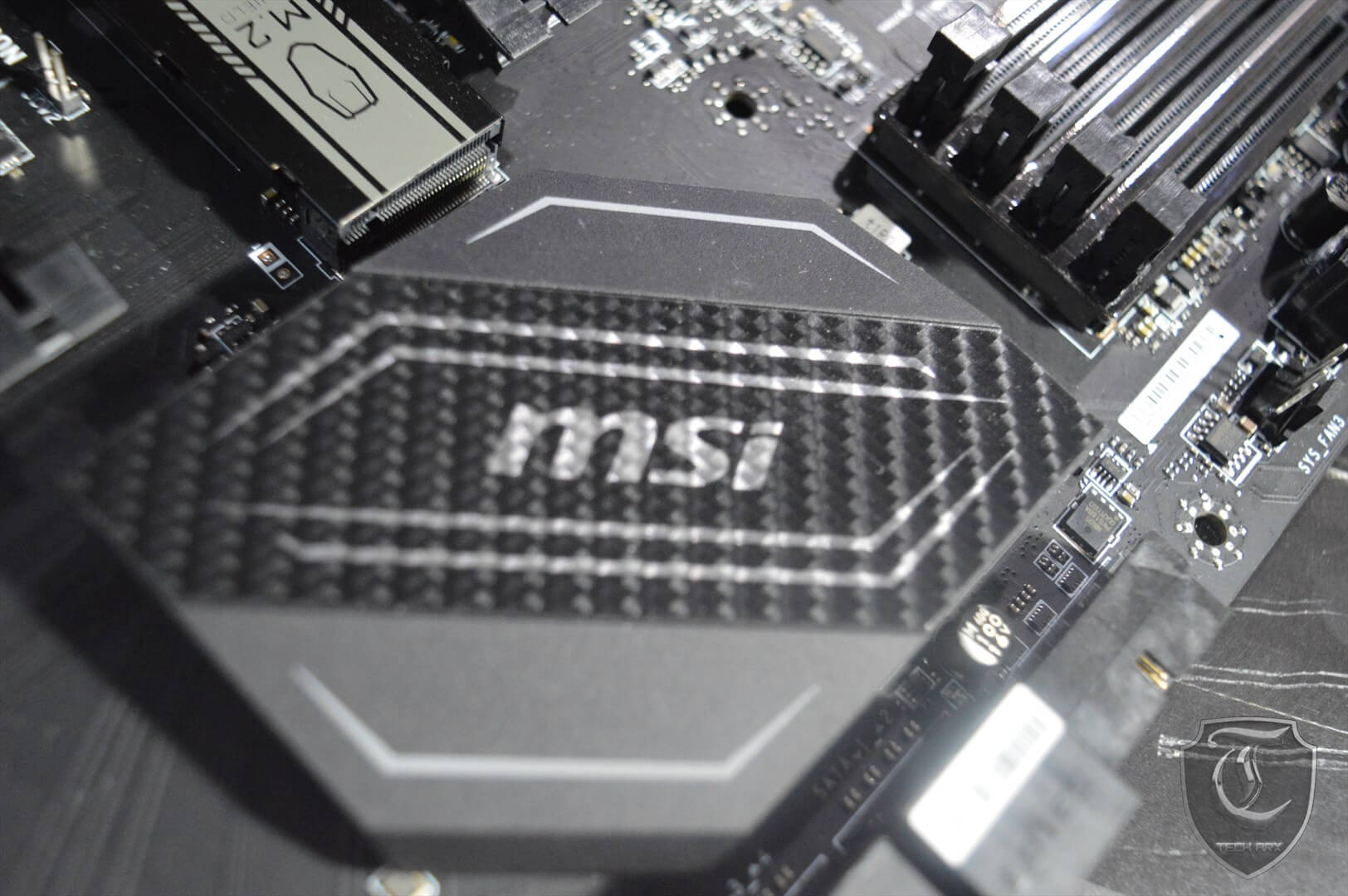 Ryzen was plagued with BIOS and Software stability at launch. MSI, however, has revised their UEFI based Click BIOS to version 5, which has exclusive MSI Boost Overclocking features. There are also options which allows quite a bit of control over the BIOS, overclocking, LAN, and other various features from inside the Windows environment as well.

The MSI B350 Gaming Pro Carbon box is perhaps the most colourful box we’ve seen a motherboard come in. A literal rainbow of colour dominates the background with a carbon fiber dressed hypercar featured predominately in the foreground. The rear of the box features several detailed pictures showcasing many of the motherboard’s features. Some of the motherboard’s basic specifications are included as well. It is quite detailed and easy to read.

Inside the box, we find the regular accessories we have come to expect such as the User Guide and a CPU cooler mounting guide, utility disk and registration card, Quick Installation Guide and cable labels, An RGB extension cables and the rear I/O shield.

The B350 Gaming Pro Carbon is part of MSI’s Performance Gaming series motherboards. The Performance Gaming Series features more subtle cosmetics than MSI’s Enthusiast Gaming and Arsenal Gaming series’.Carbon fiber look trim adjourns the B350 Gaming Pro Carbon in plenty. It borders on being subtle and aggressive at the same time. 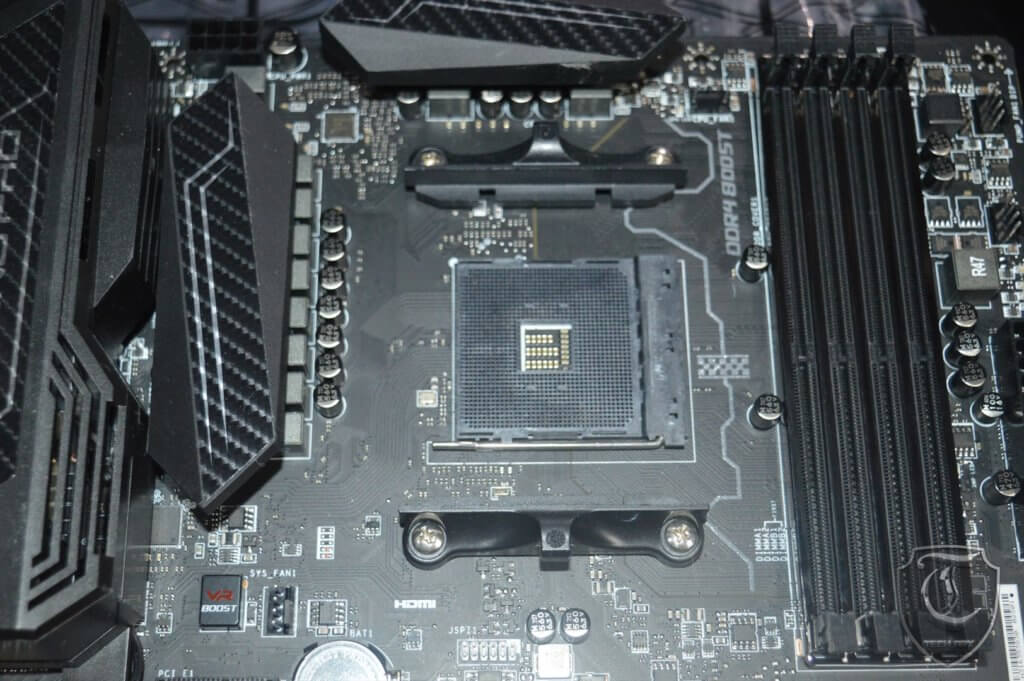 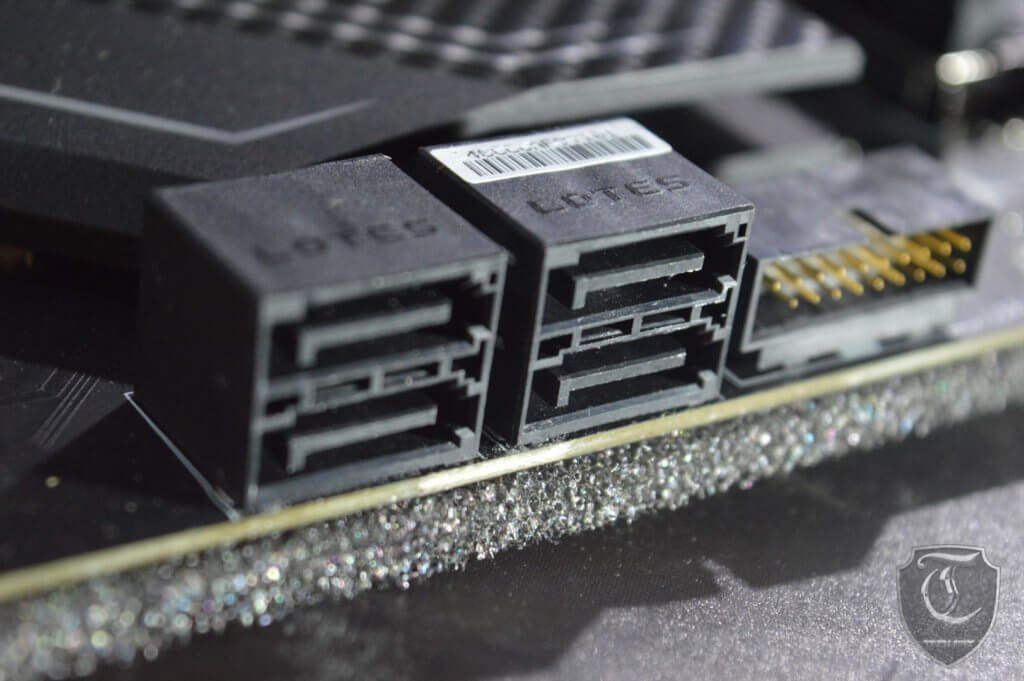 The lower rear of the motherboard contains most of the front panel audio connections. There is also a system fan connector and a RGB LED connector. Audio on the B350 Gaming Pro Carbon is provided by MSI’s Audio Boost 4 which is powered by Realtek’s latest ALC1220 chipset.

The lower front of the motherboard contains most of the rest of front panel connections.The lower M.2 socket features a shield. The shield acts as a heatspreader to wick away heat from the M.2 drive. This allows the drive to last longer and to maintain peak speeds longer due to lessened heat throttling. 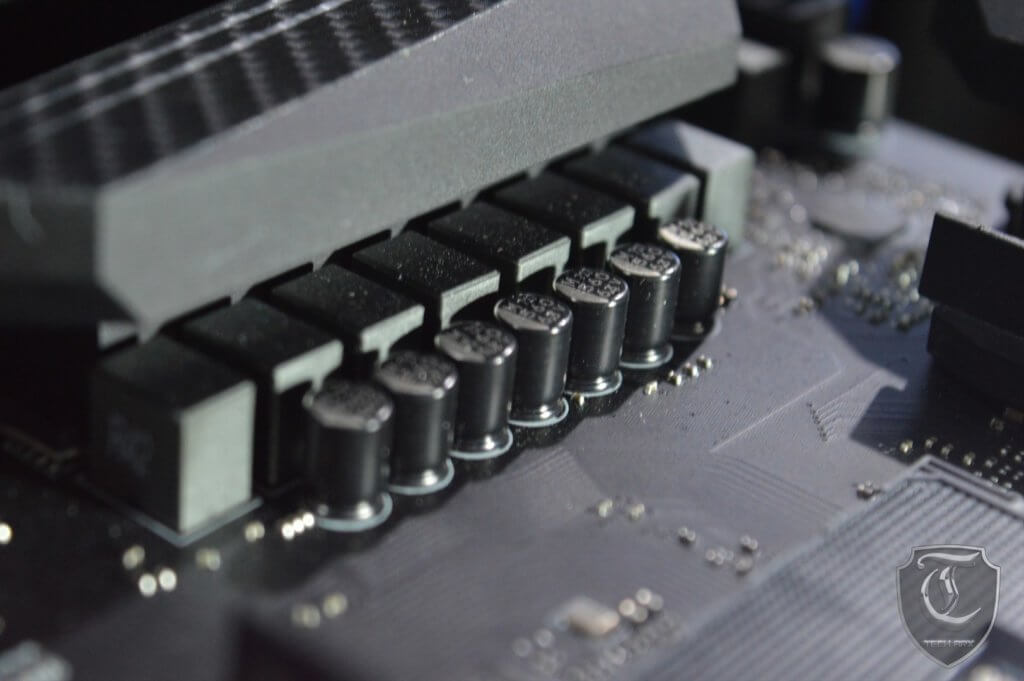 The lower front of the motherboard contains 4 SATA 6.0 connectors, as well as a single USB 3.0 front panel connector.

The upper front of the motherboard has a second USB 3.0 front panel connector, the 24 pin power connector, and two fan connectors.

The 8-pin CPU power connector is almost unnoticeable being tucked in the upper left hand corner.

Things are a bit snug around the CPU socket, but still a bit more open than might be expected in part to the VRM heatsink design. 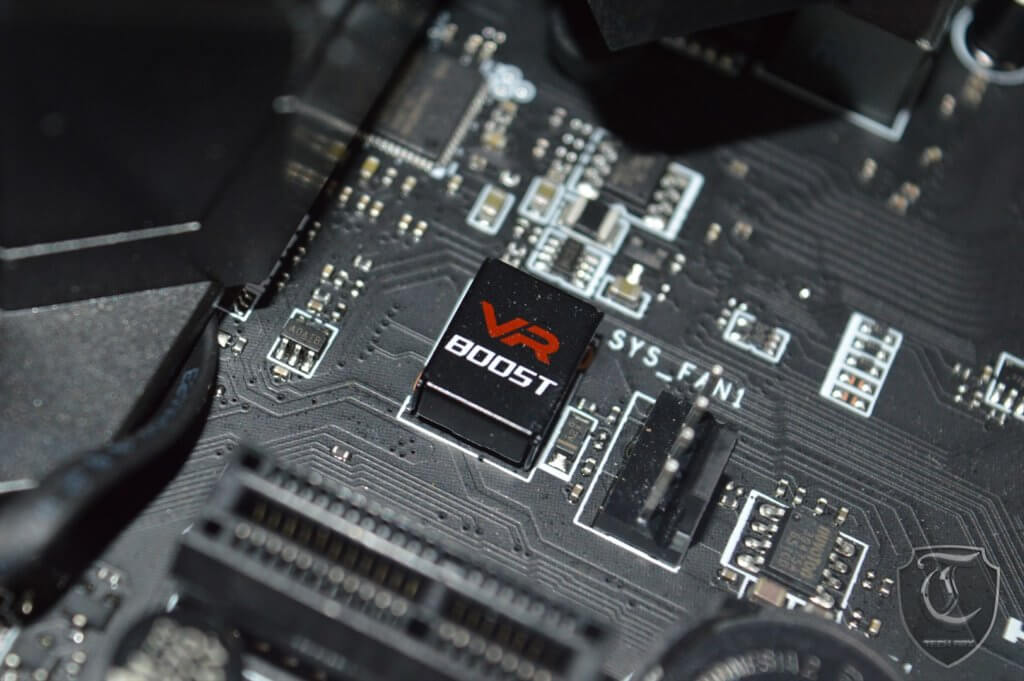 Before we jump into performance numbers. Heres a look at the test system we used:

We ran the CPU through the short version of our benchmark gauntlets for now. We will be adding more tests into it so don’t forget to check back in a while. 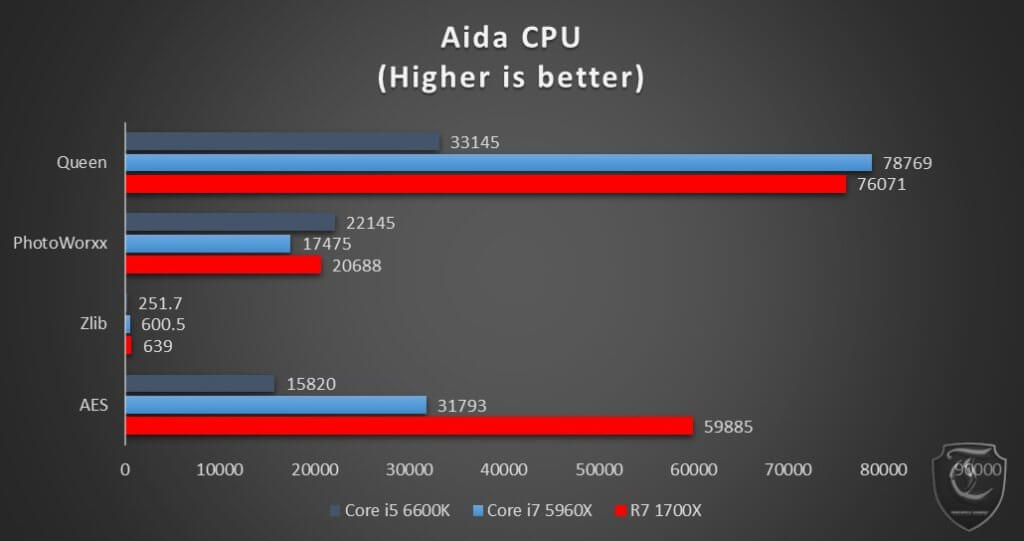 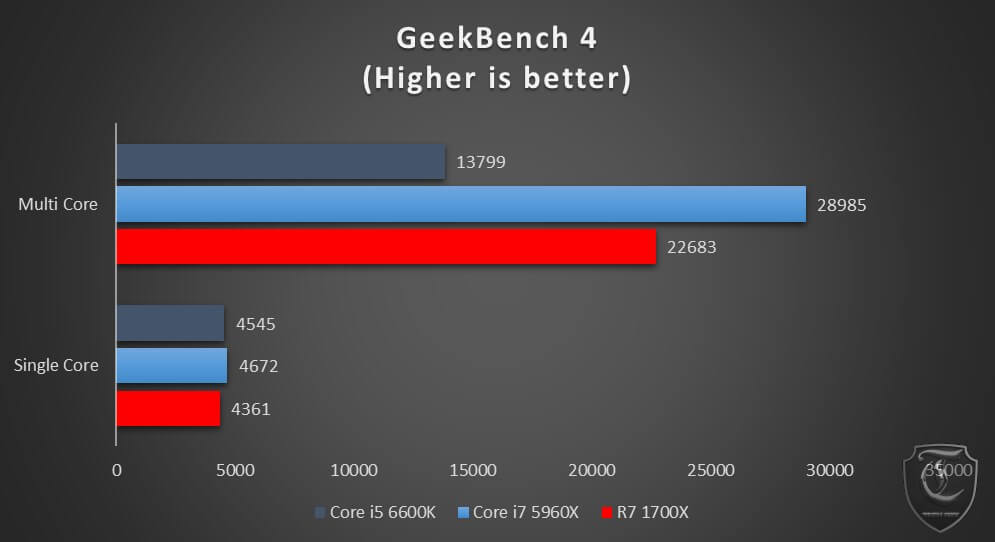 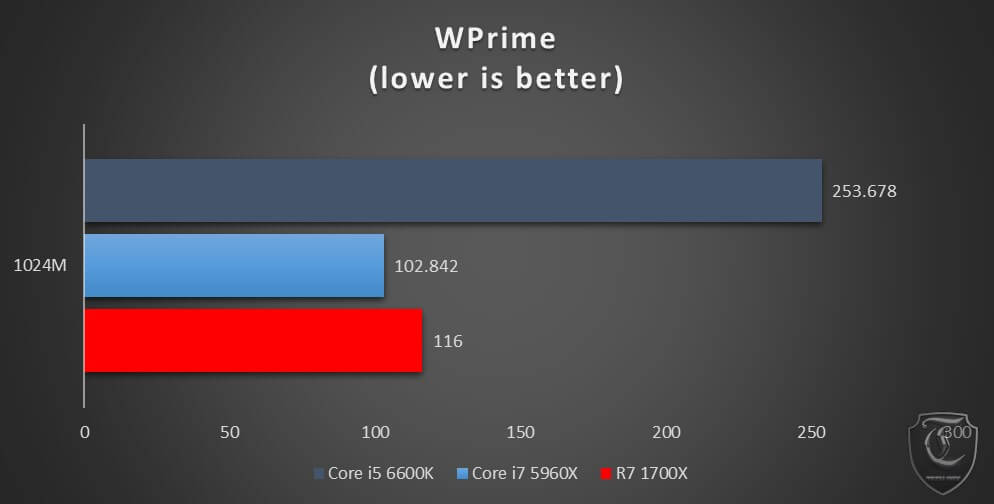 Throughout the testing, the B350 Gaming Pro Carbon showed mostly well above average scores. Storage performance was quite good as well. The overclocking ability of the B350 Gaming Pro Carbon is good(At least during our short time with it the board was performed solidly). The general layout is very good, with every connector, jack, and switch in their proper places. I was rather surprised how much room there was around the CPU socket. The angles of the VRM heatsinks surrounding the CPU socket made cooler installation much easier than most of the enthusiast boards at this price. Overall a pretty nice board with usable features all around. Add to that MSI’s decent after sales policy we ahve a nice product in our hands!