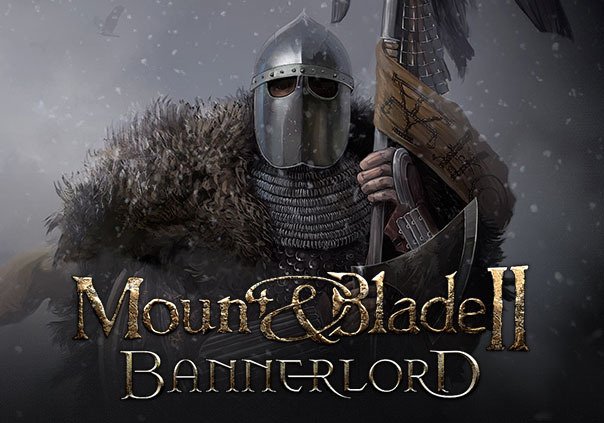 It’s been 8 years since Mount & Blade 2: Bannerlord started development. 8 years of nothing but videos teasing the glorious return of the medieval simulator, and now it’s finally here.

Set 200 years before Warband, Bannerlord follows the fall of the Caladric empire, in a tale similar to the decline of the Eastern Roman Empire. In 1084, the empire of Calradia is shaken by a civil war that has broken the domains into three warring kingdoms. Along the borders, the independent nations circle and mount pressure.

The eight factions are constantly at war and have unique characteristics that distinguish them from each other. From the architecture to the types of troops available, each of these factions has a unique tale to tell. Choosing to play as any of these factions bestows upon you various bonuses that can affect your playstyle, so choose wisely.

The game starts out like previous entries in the franchise, with you creating your own character and background. The character creator has seen a huge improvement compared to the previous titles, as expected from a modern release but still manages to fall short of some of the other offerings in the market. After creating your slightly creepy avatar, and selecting your background that affects the starting stats you are thrust into a very lackluster tutorial. After completing a bunch of loosely tied together objectives you are finally let loose into the huge world of Calradia.

Bannerlord is a unique game. Even with the abundant sandbox titles available in the market, there’s not a single one that gives you the freedom and mechanics that Bannerlord offers. The open-ended nature of Mount and Blade, that allows you to pretty much do anything that you can imagine(and the game can support) is something that still awes me to this day.

The territories of the Empire are open to your wildest roleplaying dreams. Become a merchant, a rogue, a bandit, a mercenary, a lord, or a family man, the opportunities are limitless. I spent my first playthrough doing nothing but trading my way to riches and then hiring a huge army to steamroll the weaker empires and install myself as a powerful man in the politics of Calradia.

On my second playthrough, I decided to go the vanilla warrior route, defeating bandits and climbing my way to the top with fame. I am currently running around with my army of sellswords, offering services to whoever has the coin.

There’s a lot of improvements to NPC interaction, and you can now undertake a wide variety of missions to gain renown and gold. NPCs can give you hints about characters, trade tips, and even take you to other NPCs. I was also quite surprised to see dialogue checks being implemented and multiple choices to quests being present. I mean sure you could steal lamb and cattle instead of delivering them in the previous titles, but decided to let two lovers elope or not isn’t something I was prepared for at all. It’s refreshing to see such a refreshing and dynamic element to the quests, that prevents the whole ordeal from becoming too much of a grind.

Of course, you are just another piece on the board. NPC armies clash regardless of your involvement, villages get sacked and cities prosper. You can merely influence the events but just like life, it can get unpredictable. Each choice has its consequences, an endless chain of actions and reactions that gives the sensation of being inside a living world and not in a mindless simulation.

You can create your own kingdom, and make a family as well as raise children. Management of your lands and castles is easily done using the clan menu and you can assign armies to your companions who can undertake trading missions as well as other quests for you. There’s such a layer of complexity to the various subsystems involved that it can get quite overwhelming, but at the same time this means that there’s even more replayability this time around.

The meat of the Mount and Blade, aside from feudal life is the combat and army management. Bannerlord takes what was already good, dials it up times 100 and drops you in the middle of it all.

Attacks and blocks are still linked to the direction in which the mouse is oriented and can get a bit spammy due to the lack of a stamina meter. The variety in terms of weapons available however means that you can pretty much counter and exploit every weakness that the enemy has.

The menu for tactical orders is still a bit difficult to navigate but miles better than what veterans are used to. Issuing orders to your troops requires you to spread your fingers all over the keyboard, and it can get quite hectic in the heat of battle.

Finding yourself in front of a burning castle, surrounded by mighty onagers and trebuchets, while leading your troops to bloody glory is a delightful experience. Bannerlord improves the combat in very subtle ways on its already solid roots and offers a combat system that is initially difficult to handle, but capable of giving you immense satisfaction with practice.

The visuals have of course seen the biggest bump aside from the refinements in gameplay. The game looks gorgeous, with detailed textures and vastly improved human models. As I rode across the hills and desserts of Calradia, I found myself immersed in the landscape. The visuals are going to be further improved as per the early access notes, so it should be interesting to see how the game fares down the line.

The overall UI, from the trade menu to the unit management fares far better and is well organized. The addition of clan management and an extensive in-game encyclopedia really helps in navigating the vast and complicated in-game events and relationships.

In its current state, Bannerlord has plenty of content available and shows a lot of promise. I have absolutely zero doubt that the developers will uphold all their promises and deliver the game that the fans deserve. I’m also pretty excited to see what mods the community comes up with, as overhaul and total conversion mods were a big chunk of my playtime for Warband.