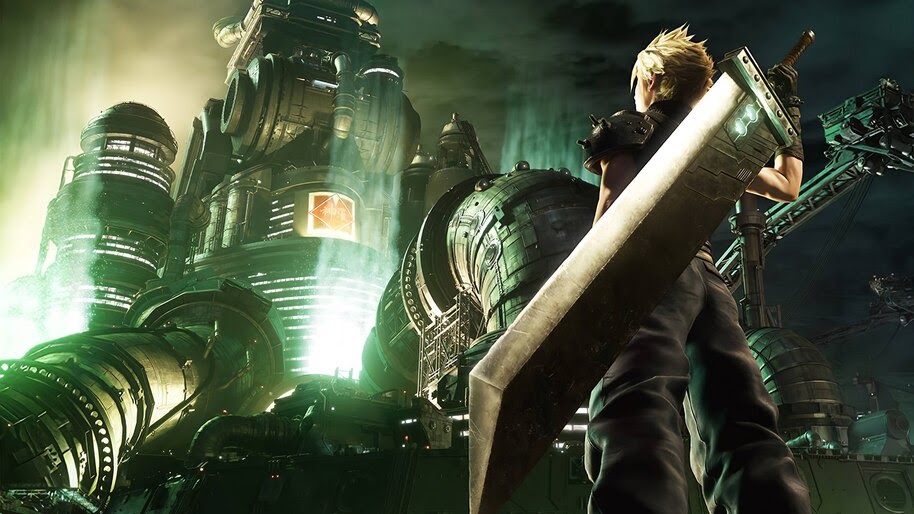 Final Fantasy 7 Remake is for better or for worse, one of the most highly anticipated titles of this generation. The original title of 1997 was considered a hallmark in the JRPG genre, and the remake has been teased and rumored since 2007.

Now that the remake is finally here, it faces the mammoth task of matching the high expectations of its fans. The nostalgia factor works up to a certain point, but to cater to two different generations of gamers is a huge challenge. Fortunately, Final Fantasy VII Remake manages to recapture the magic of its source material pretty well and the result is a game that will manage to ignite the love for Final Fantasy in fans and newcomers alike.

Retelling this story was one of the biggest challenges that the development team had to face, but by levering next-gen visuals and splitting up the story into episodes, they have managed to enhance almost every aspect of the story. The story has seen a more realistic turn, the characters have been given more space to grow and the flow feels more natural.

The decision to break the original game into episodes for this remake was met with some disappointment from fans. but I can say that it was a good decision to give this breathing room to the story. The first part is set in the Midgar section and has been fleshed out to become a full game, with a story that runs you 30-33 hours to complete. The increased time means that the game is more fleshed out, with some padding here and there but overall the result is a better paced and detailed story.

Final Fantasy VII Remake abandons the restrictive boundaries of the original game for a closer approach similar to the third-person adventures that have defined this generation such as Uncharted, God of War, Tomb Raider. It is difficult to describe in words what it means to relive some of the most iconic moments of Final Fantasy VII.

The biggest change, aside from splitting the original game into episodes and longer screentime for the cast, is the combat.  Final Fantasy VII Remake adopts a more action-oriented approach and overhauls the Active Time Battle mechanism. Character attack in realtime and the combat may be slowed down to issue orders, such as using special abilities, spells, and items. When a character runs out of ATB points, they can physically attack with their weapons or use a special action, for example, Cloud can change his fighting style, Barret can detonate a more powerful blow and so on.

The action-oriented combat does not mean that the importance of strategy is downplayed. This is made clear from the first boss fight itself, but the more you continue, the more demanding these fights will become. You must learn to use the enemy’s weak points and utilize proper abilities to win battles unless you want to use dozens of potions every encounter. Team synergy is also important and attacks can be chained together to stagger your enemies and deal massive damage.

Each weapon has a specific ability that can be used only when using that weapon. After reaching 100 percent proficiency, you can permanently learn that ability. All of the characters have unique equipable weapons, and none of these weapons become obsolete with time. Cloud, for example, uses swords, swords that benefit him physically and swords that enhance his magical abilities. And each of these swords allows you to spend the skill points(SP) gained by increasing the level to unlock various bonuses that change from weapon to weapon, making each one be more or less versatile depending on the situation. It is a simple, intuitive and very fun system that, together with the management of Materia, gives you a lot of control over your combat style.

The setting of this remake, Midgar, is not an open world. Final Fantasy VII Remake is a set of consecutive scenarios, divided into eighteen chapters. It is often not possible to retrace your steps, and some content that you skip cannot be completed until you finish the game and then go back to replay that chapter. Regardless of the limited structure, the player is granted the partial freedom to wander, shop and undertake secondary missions. These missions, mostly fetch quests are boring additional padding, although occasionally a memorable quest line does turn up that allows a better understanding of the world and the citizens of Midgar.

Once the story is completed, an additional difficulty level is unlocked that allows you to freely replay the chapters to find each collectible, and you can also access new combat challenges in Hojo’s laboratory.

Aside from the occasional distractions, Final Fantasy VII Remake is an extremely linear title that continuously directs you from one goal to another. In general, the remake follows the sequence of events in the original, changing something here and there to give more space to the various characters or to introduce someone new. The result is an organic flow of progression that gives players a sense of progression and wonder but keeps them on a short leash.

From the moment you boot up the game to the point the ending credits roll out, there is a not a second that you won’t find yourself in awe of the technical prowess of Final Fantasy VII Remake.

The city that the fans got to know in the form of static screens and prerendered backgrounds in 1997 has been redesigned faithfully in cutting edge 3D graphics, that feels new and yet familiar, with its sectors that represent the different layers of society, the terraced houses in the placid suburbs that contrast the slums where you live in the day, the scattered patches of green and the complicated electrical parts of the city.

Like a dream made into reality, players can explore the realistic maze of alleys, soak in the neon-lit shops and open kiosks, the lights that reflect on the puddles, in one of the most immersive settings of any video game. The characters, look exactly how you would expect them to be, with their personalities being impressively represented with very subtle characteristics and body language.

In fights, the number of visual effects used rivals that of any action movie, and the artists of Square Enix have managed to realistically redesign all of the most bizarre enemies of the game without compromising the original spirit.

But despite all these beautiful renditions of the environments and characters, the game does suffer from some issues. Some very low-resolution textures, slight dips in framerates here and there and very limited NPC interactions take away from an otherwise gorgeous game.

On the audio front, Final Fantasy VII Remake does not disappoint. With a stellar soundtrack that makes you pumped up in fights and the beautiful ambient music that makes exploration a joy. The character voices are also on point, and it is truly a joy seeing the characters you loved to come to life.