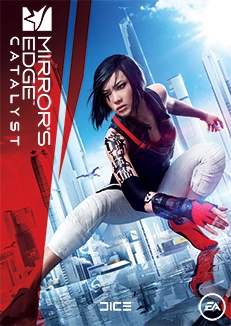 Electronic Arts’ studio DICE has announced that the sequel to the popular first-person parkour-style video game Mirror’s Edge, Catalyst, has been delayed to June 7 in the US and June 9 in the EU.

While announcing the imminent Closed Beta, the announcement was made by Erik Odeldahl, a design director at EA DICE. The game is delayed by 2 weeks to “ensure the studio has the opportunity and time to address player feedback from the Closed Beta.”

To support the Social Play features, we are using a brand new online technology. We also want to make sure we have the opportunity and time to address player feedback from the Closed Beta. That is why we will give ourselves a bit more time to perfect the game, with a new release date for Mirror’s Edge Catalyst of June 7th (NA) and June 9th (EU). We’re confident that these extra two weeks will make sure the game is as amazing as possible for you the players.

Mirror’s Edge Catalyst follows the adventures of Faith, a Runner in a quasi-futuristic Dystopian society in the city of Glass, who act as courier to transmit messages while evading government surveillance and is a reboot of the original game which was released in 2007. The system requirements of the game were recently revealed ahead of the Closed Beta.