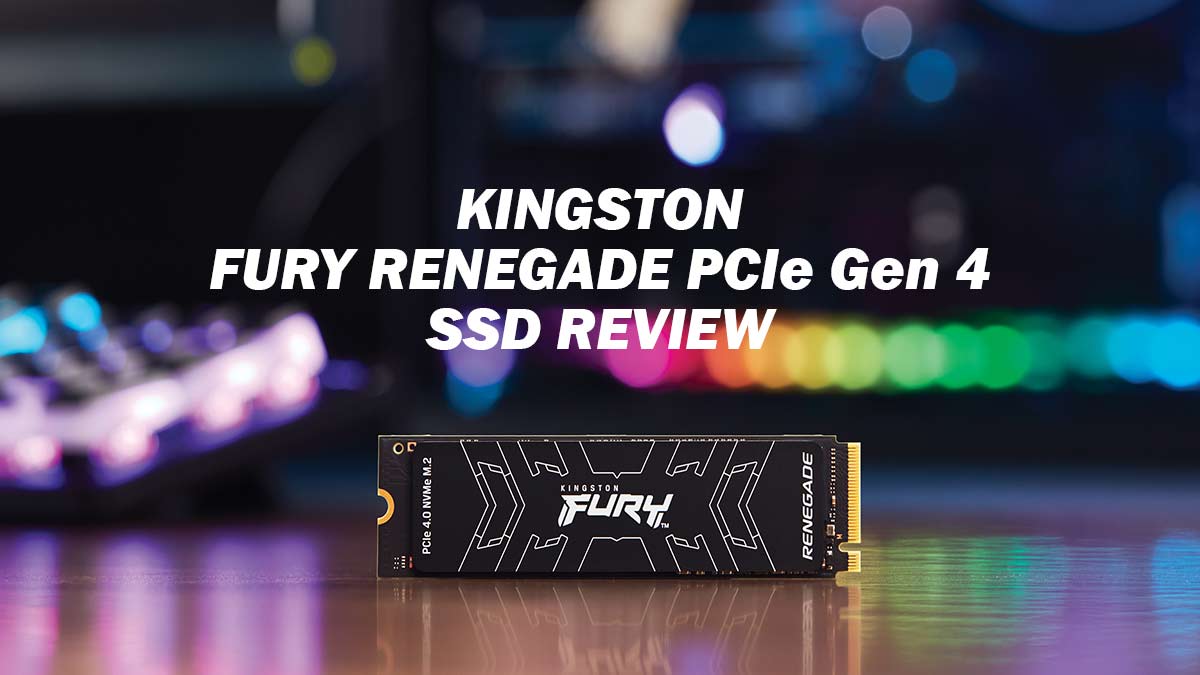 When Kingston came up with the KC3000 SSD back last year, it was one of the fastest SSD we have tested so far. The fury Renegade SSD doesn’t particularly bring anything new components wise but through some tinkering here and there Kingston has revised the KC 3000 into something more powerful. How much powerful? that we will see later in the review.

Built on the same base as KC3000, the fury Renegade uses the same Phison E18 controller with Micron 176L TLC NAND. The firmware is tweaked to give a bit more oomph, pushing the speeds up to 7.3 Gbps of bandwidth, a 300 MBps increase, and up to 1 million IOPS over the PCIe 4.0 interface. The endurance gets a nice bump to  1 petabyte-written-per-TB. Another key difference is that the FURY Renegade is marketed as a “Gaming SSD” and compatible with PS5; although there is no heatsink for PS5 in the package.

We requested the folks from Tuktak Tech community to handle the testing along with us as a collabo and they graciously accepted. The test rigs are from them and the effort is joint and the result was fun! Go check them out on Youtube, you will not be disappointed!

With the setup ready to go..we ran the Fury Renegade through our usual gauntlet.

We see the drive almost hitting the advertised numbers, a little bit of throttling comes into play due to the ambience temperature.

In Crystal diskmark though, we see the drives working well beyond our expectations.

AJA System Test
AJA system test is used to benchmark the performance of a drive for video production workflow across various codecs with different settings.

We tested the Kingston KC3000 in December last year and were presently surprised by its performance. The KC3000 quickly became the leader among the SSDs we tested (and we tested a lot of them!). Kingston FURY Renegade SSD builds on the base that KC3000 provides and with careful tinkering brings out a winner in my books. One more notable thing is overprovisioning, which is a double-edged sword as it reduces the amount of usable capacity but as the drive gets filled to capacity (which is a gaming drives destiny), the speed boost will become more apparent. Couple that with the endurance numbers, we have a very capable drive in our hands. The price is as always a bit on the higher side, but that shouldn’t deter you since the long warranty more than makes up for it.

Overall, the FURY RENEGADE is a very compelling choice if you are shopping around for a new PCIe 4.0 drive.