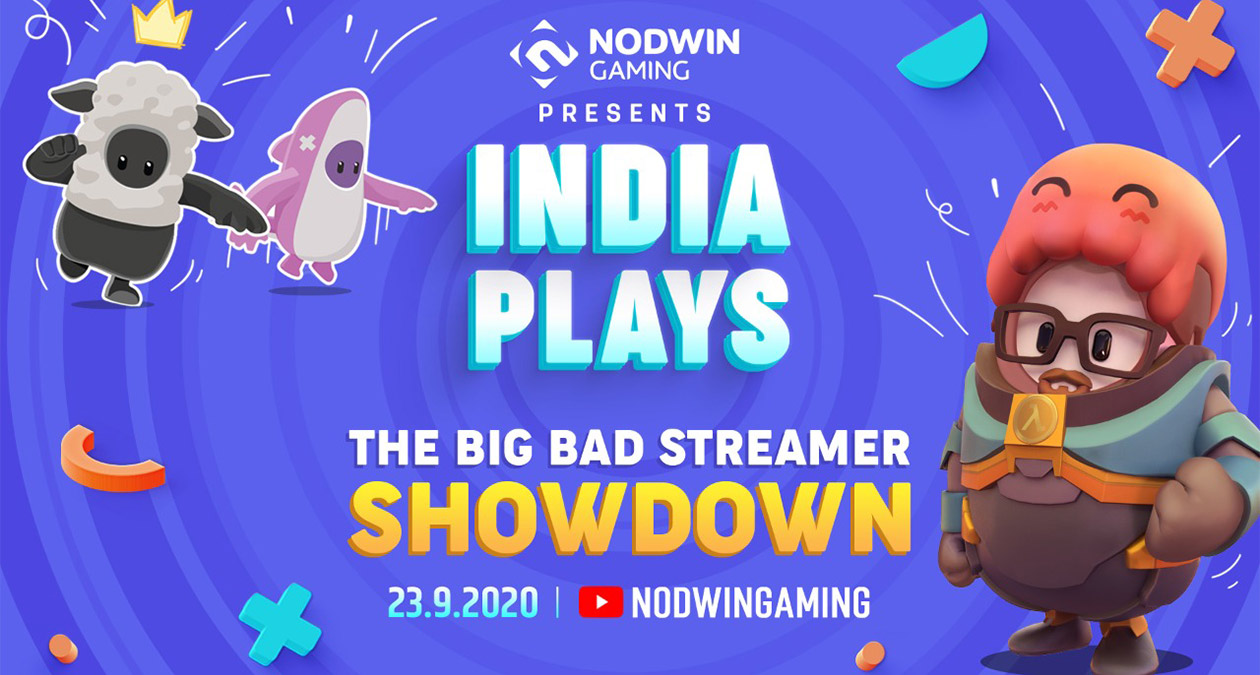 India Plays is NODWIN Gaming’s latest property which will encompass streamer driven events for multiple game titles. The recently released platformer battle royale, Fall Guys, will be the first title under the banner of India Plays. Fall Guys shot to massive popularity from day 1 of its release and made way to the streams of big YouTubers and gamers around the world.

“The Indian gaming and esports markets are largely driven by gaming influencers, streamers and pro-players. The narrative they build around every game and their communities are strong enough to attract the youth of an entire nation. Fall Guys needs no introduction and nor do the participants at India Plays. We at NODWIN Gaming this time adopted a rather unorthodox way to do things with a funky title like Fall Guys, and I’m sure everybody is going to have loads of fun” said Akshat Rathee, MD & Co-Founder, NODWIN Gaming.

The tournament will see a set of 24 streamers and gamers who will play the game once every week on their own stream, the same will be broadcast live on NODWIN Gaming YT channel. The format follows a best-of-10 series for every participant each day and points will be awarded on the basis of the rounds reached in each game. The top name on the leaderboard with the most points at the end of 4 weeks will be awarded the champions title and a robusta banana plant (yes, an actual banana plant).

NODWIN Gaming aims at tapping the massive potential of a quirky, colourful and competitive game title like Fall Guys with huge names in the industry. Catch all the action live on NODWIN Gaming YouTube channel from 23rd September onwards.