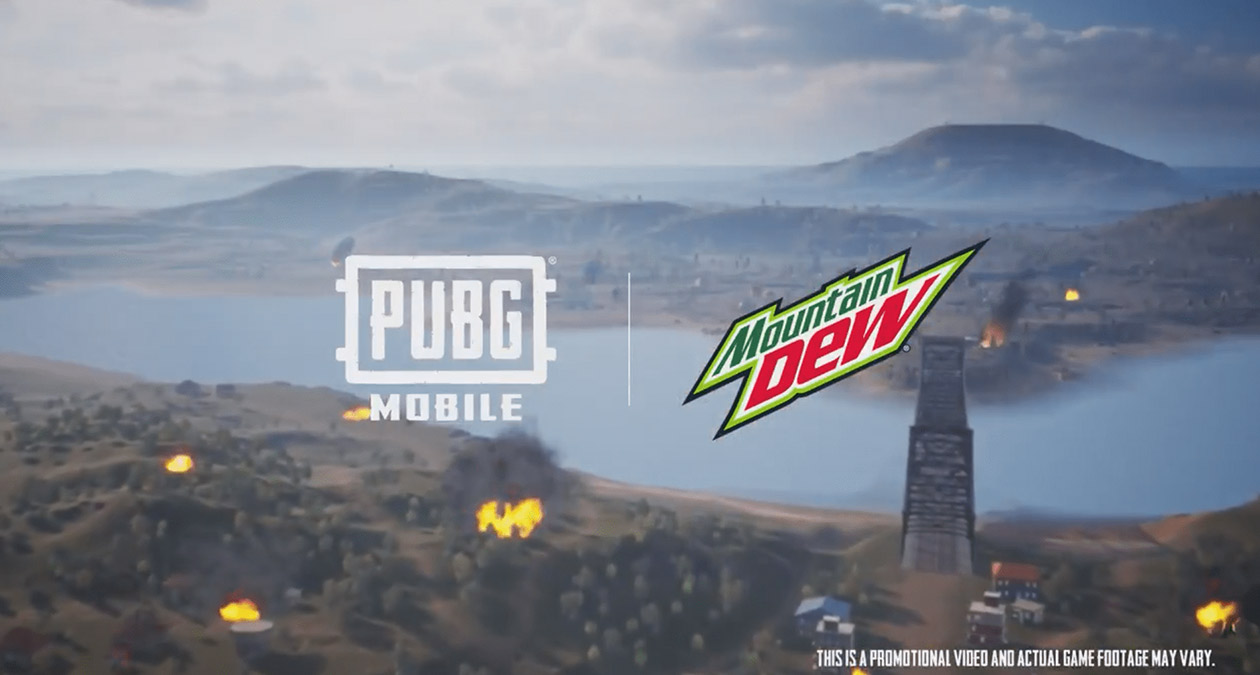 Squads, there’s loot on the horizon!Mountain Dew®, a brand with deep roots in esports and the gaming industry and culture, is breaking new ground as it announces a global partnership with one of the most popular mobile games in the world, PlayerUnknown’s Battleground Mobile (PUBG MOBILE). The move marks a pivotal next step in the ongoing mission by Mountain Dew to drive innovation and excitement in the gaming industry by reaching additional generations of esports professionals and fans. Alongside PUBG MOBILE, Mountain Dew is committed to championing the esports community and bringing gamers even more access to unique and exciting activations.

As part of the dynamic program, players around the world will be able to power up at in-game Mountain Dew “Fuel Stations,” available across the game’s newest map for a limited time. By providing loot during gameplay, these breakthrough Fuel Stations make the gaming experience even more epic. Fans in specific international markets can also unlock rewards and in-game prizes with the purchase of specially marked Mountain Dew products.  Mountain Dew is also the official beverage sponsor of PUBG MOBILE Pro League Americas, PUBG MOBILE World League, and PUBG MOBILE Global Championship in 2020.

“We’re thrilled to join forces with PUBG MOBILE and engage with esports fans in a big way,” said Pat O’Toole, Vice President, Brand Marketing and Innovation, PepsiCo Global Beverages. “This global collaboration establishes a new chapter in gaming innovation and drives our promise to energize the next generation of esports enthusiasts with unparalleled activations.”

For more than fifteen years, Mountain Dew has manifested its trademark, bold style within the world of gameplay through a string of partnerships with industry-leading gaming titles. In 2018, the brand built on its reputation in esports to debut its first-ever drink designed specifically for gamers – MTN DEW® GAME FUEL® – in the United States. Now, Mountain Dew is reinforcing its position at the epicentre of gaming culture with the PUBG MOBILE collaboration, pushing the boundaries of what’s currently possible in gaming.

“PUBG MOBILE and its esports are breaking records with huge fans worldwide. Together with Mountain Dew, we can’t wait to see how players fuel up for victory,” said James Yang, Director of PUBG MOBILE Global Esports.

“It has been an absolute pleasure to help squad up the biggest partners of NODWIN Gaming in Mountain Dew and PUBG MOBILE,” said Akshat Rathee, MD & Co-Founder, NODWIN Gaming, which played a key role in developing the campaign and the partnership. “The faith in the worldwide gaming and esports community exhibited by Mountain Dew in tandem with the mammoth reach of PUBG MOBILE allows for gaming to show true power of scale. We are delighted to be involved in these two global giants joining hands for an exciting partnership that celebrates the spirit of inclusiveness through gaming in markets across the world.”