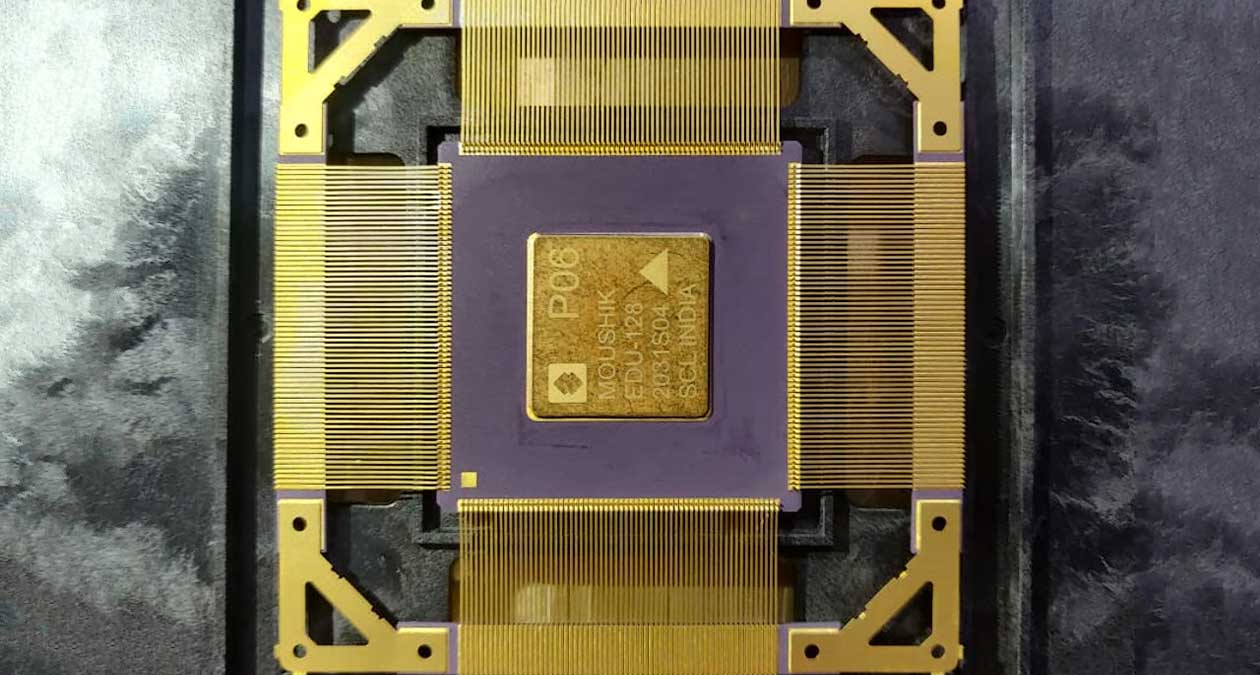 The MOUSHIK Silicon is manufactured using 180-nanometer technology and has 103 functional IOs. It has a Core Voltage of 1.8v, IO Voltage of 3.3v, with a Gate Count of 647k, among other features.

“This is a 180nm chip with a 100Mhz speed and can cater to various small devices and home appliances. In terms of cost, if there is an order for one million units, cost can be brought down to even 1USD per chip. Even though it is of less processing power, India needs billions of such chips for various purposes” he told WION.

The processor design, Motherboard design and post silicone boot up is done by IIT Madras. The foundry-specific backend design and fabrication was done at ISRO facility in Chandigarh. The motherboard was made in Bengaluru. The Shakthi Moushik SoC will constitute the heart of an indigenously-developed motherboard called ‘Ardonyx 1.0.’

MOUSHIKS predecessor Risecreek which is a 22nm processor designed by Intel is already in circulation and powering a lot of devices in the strategic sector. Another variant called RIMO based on the 180nm technology is also available. Speaking on this, Prof Ramakoti added “Now we have three processors ready and another class of processors is in the works. To serve higher computing speeds we can use the existing chips, combine them like building blocks and scale up”

Currently Indian fabrication facilities can only offer upto 180nm technology, it is expected India can scale up the technology to provide better efficient chips in the next few years.

As per IIT, the Shakti group of processors are at par with the Industry standard. As a result, the indigenous brands and startups can easily use them in their products and minimize the usage of Imported system which might pose a risk. These development will gain importance when strategic sectors such as defense, nuclear power installations and Government Agencies and Departments adopt to the Shakti Processors.