Until now we’ve only seen the HTC Pne M9 leak out in the company’s iconic brushed aluminum style. Now, we’re getting a first look at the rumored flagship phone in gold. 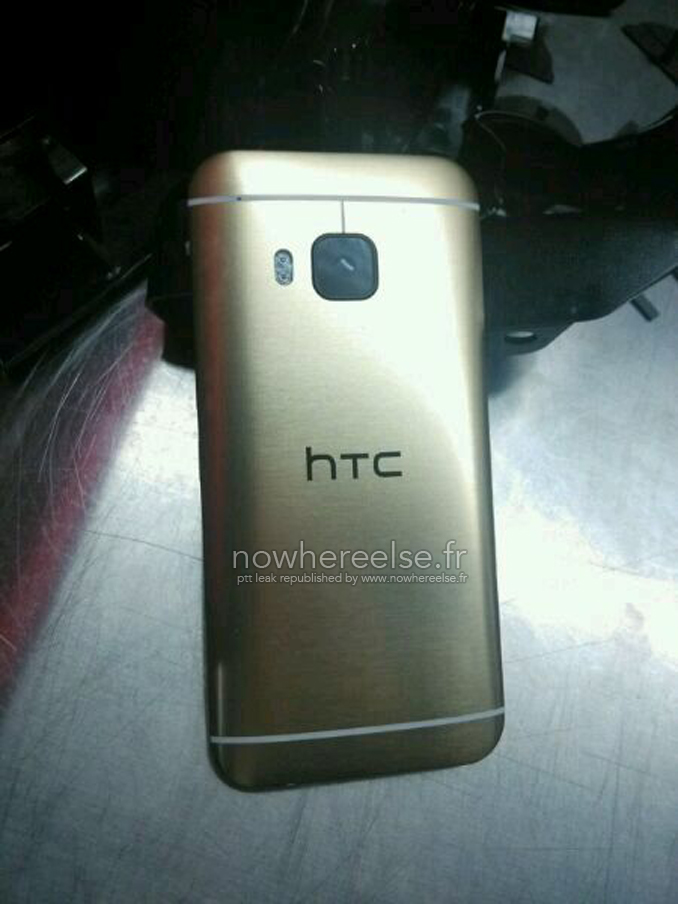 A leaked metal frame for the gold HTC One M9 obtained by NoWhereElse shows the back of the device, though for now the front is still a bit of a mystery. The rear panel for the upcoming phone is expected to look pretty similar to last year’s model, though with a larger, more squarish camera. The front of the device will reportedly introduce a new design, ditching the black logo bar and replacing the big speaker grills with sleeker ones near the top and bottom of the device. 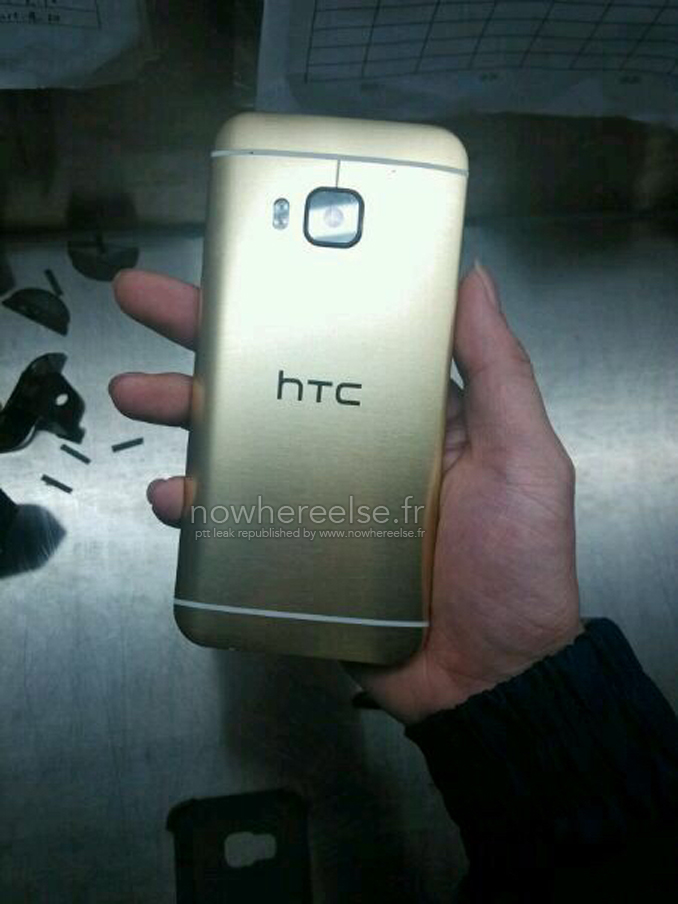 The HTC One M9 is also expected to offer a slightly larger display with a resolution of 1080p, a Snapdragon 810 processor, a 20-megapixel rear camera, a 13-megapixel or UltraPixel front-facing shooter and 3GB of RAM. It should run Android 5.0 Lollipop out of the box along with HTC’s own brand new Sense 7.0 software.

HTC is set to unveil the new device at a press event set for March 1 at Mobile World Congress, where we may also get a look at a One M9 Plus Phablet and maybe even a a new smart-watch.