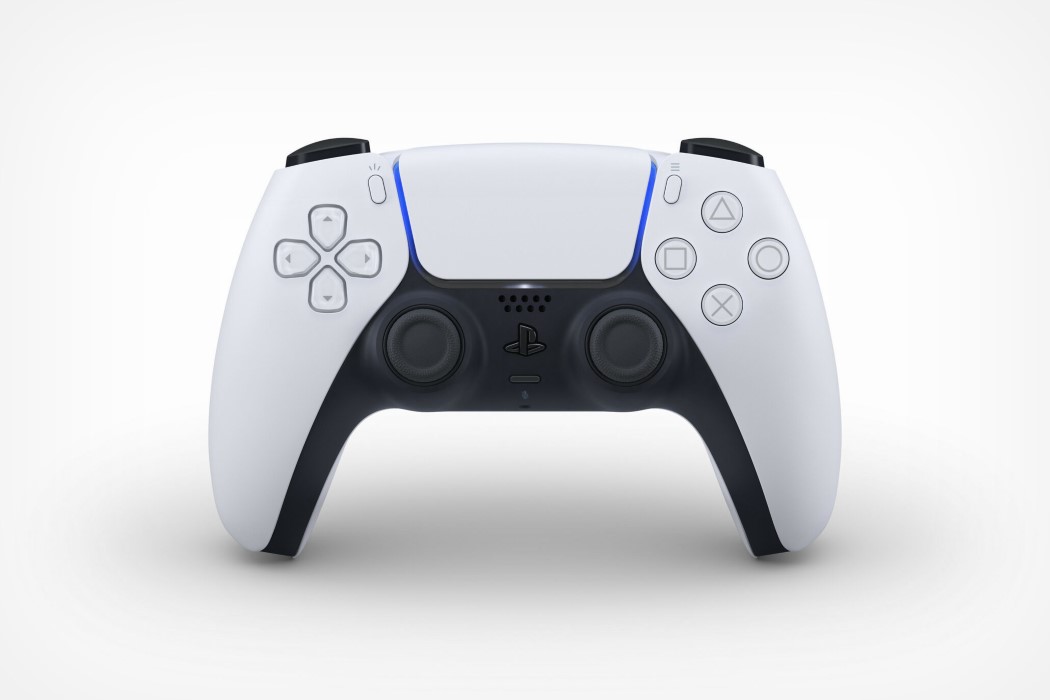 Sony has revealed the controller for their upcoming console PlayStation 5, which is officially named “DualSense”. The Dual Sense controller’s design and features have taken a significant  leap from its predecessors

Sony revealed the design for the controller in a post to the PlayStation Blog, revealing the images of design as well as the official first word about the new features.

The two-toned colors aesthetic and overall round shape of the device represents the biggest change in the PlayStation controller design ever, differing significantly from its predecessors. It is altered at an angle towards the shoulder buttons and the touchpad is flanked in between, by a pair of light bars.

The controller is a feature-rich device. The “DualSense”, as it is in the name, focuses more on the player’s senses, especially on the sense of touch. Having refined haptic feedback, the controller captures a range of motions, such as “Slow grittiness of a car driving through the mud”. It also features adaptive trigger buttons that dynamically change their tension depending on the situation.

It also features an audio jack for plugging in headphones and will have a built-in microphone for players who do not have a headset or mic to interact on voice chat in multiplayer games.

The addition of the “Create” button, a replacement to the “Share” button from the DualShock, allows players to capture clips from their game. Moreover, since sony hasn’t yet confirmed all of the specs, it may have more to it.

Hideaki Nishino, Senior vice president of the platform planning and management, wrote in a PlayStation blog that thoughtful considerations into ways to maintain strong battery life for the DualSense’s rechargeable battery has been taken by the PS5 team. The statement indicates that the new controller will have a battery life similar to its predecessor, i.e., four to eight hours on a single charge. Although, in various tests, players report that in their use, DualShock’s battery life lasted around four to five hours.

The battery life is supposed to be even more impacted if the player chooses to use the new features, such as the built-in microphone and headphone jack, which uses an array. Features like such will consume a significant amount of battery. Godfall is the only confirmed title for PS5. The game is expected to have a multiplayer, which will likely use the features.

The console is expected to launch in the holidays of 2020. Jim Ryan, Sony Interactive Entertainment president, and CEO teased that there will be more info released about the PS5, including its design before its official launch

Here’s the full list of the allegedly leaked PS5 specs:

“DualSense marks a radical departure from our previous controller offerings and captures just how strongly we feel about making a generational leap with PS5. The new controller, along with the many innovative features in PS5, will be transformative for games – continuing our mission at PlayStation to push the boundaries of play, now and in the future. To the PlayStation community, I truly want to thank you for sharing this exciting journey with us as we head toward PS5’s launch in Holiday 2020. We look forward to sharing more information about PS5, including the console design, in the coming months.”