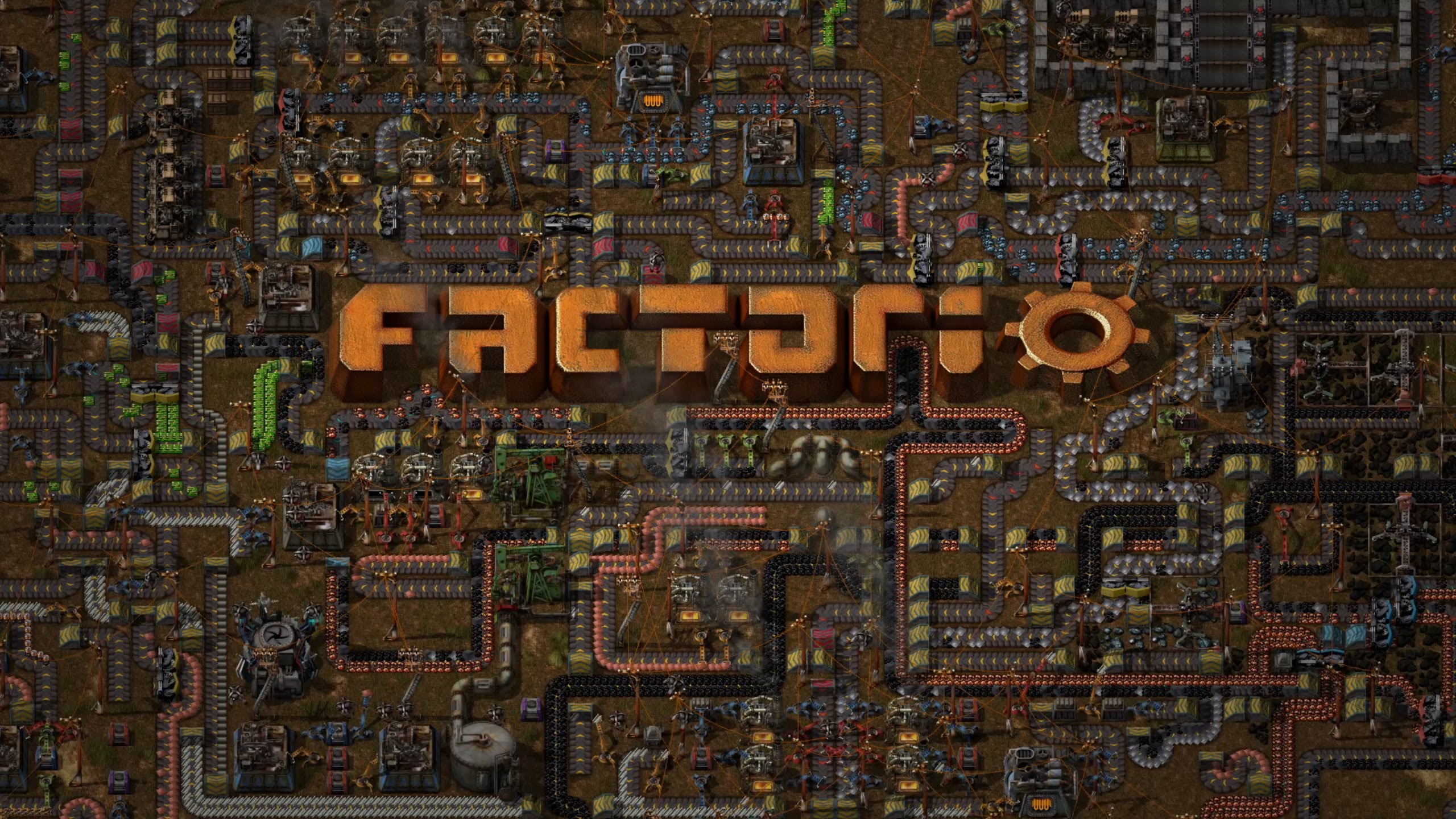 Factorio is a Strategy and Simulation game developed and published by Wube Software. The game as the name implies is all about building and maintaining factories and creating more and more complex machines all the while also fighting the numerous alien creatures that may try to distrupt your work. 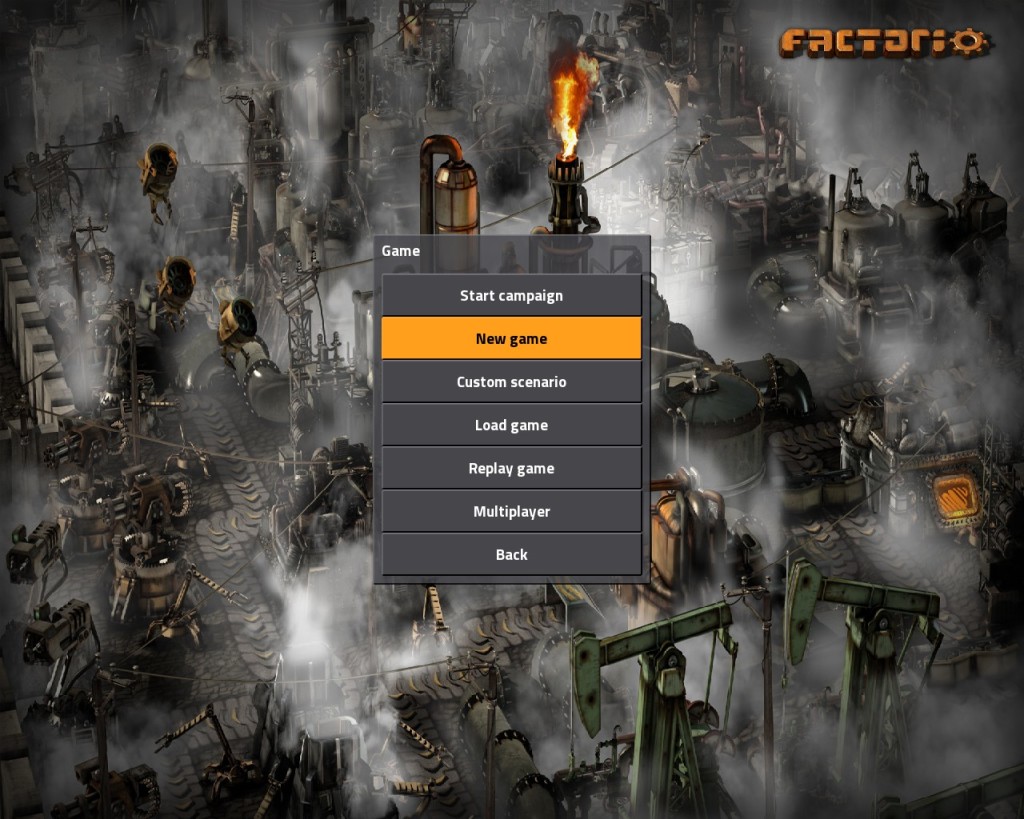 The game offers a variety of modes to start from . There is the campaign mode where you play level after level with different objectives and this is what I would recommend for a complete beginner to start with. You can also start off with a completely custom scenario where you set everything. There is also a map editor where you can build your own levels to your heart’s content. And then you have mod support from the Steam workshop which enhances the gameplay even more. 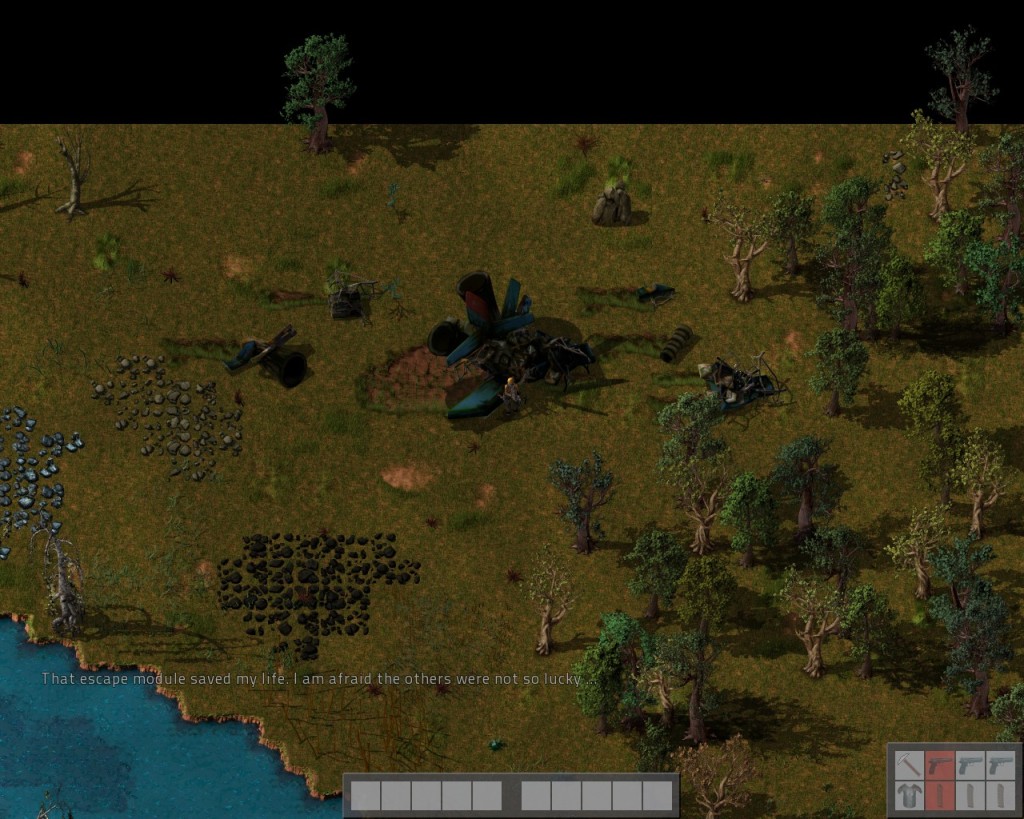 I will only be talking about the single player experience here since I didn’t get the opportunity to try out multiplayer . However with the amount of fun I had playing alone , the multi player or co-op segment should be pretty fun.

For starters first, you need to craft basic tools like an axe . Using that axe now you can mine stone,copper ore ,iron ore,coal etc. Now mining them manually can be a time-consuming process so you can go ahead and make a drill machine that will mine them for you . You can also craft a wooden chest so that the mined resources automatically get stored.  Now you have resources but they are not refined but in ore form. What to do ?  Make a furnace . And then add fuel like wood to it and add whatever ore you want to smelt and there you have iron or copper plates or stone bricks.  Its that easy. But things don’t end here.  As you build more and more complex machines the natives of the planet won’t too happy about it . So they attack.  Repelling them is one of the ever-present objectives.

There are literally so many things one can build in the game . It may seem daunting and complex at first but as one plays along it becomes easier . Enemies troubling too much ?  Build an SMG and better armor . Burner mining drill too slow ? Build an electric one but for that again you need Machines that can draw water from lakes , boiler pumps and stuff and list goes on . You can even build turrets to protect your factory. The ultimate goal is to build the biggest factory and rule the planet (Mwhahahaha!) . 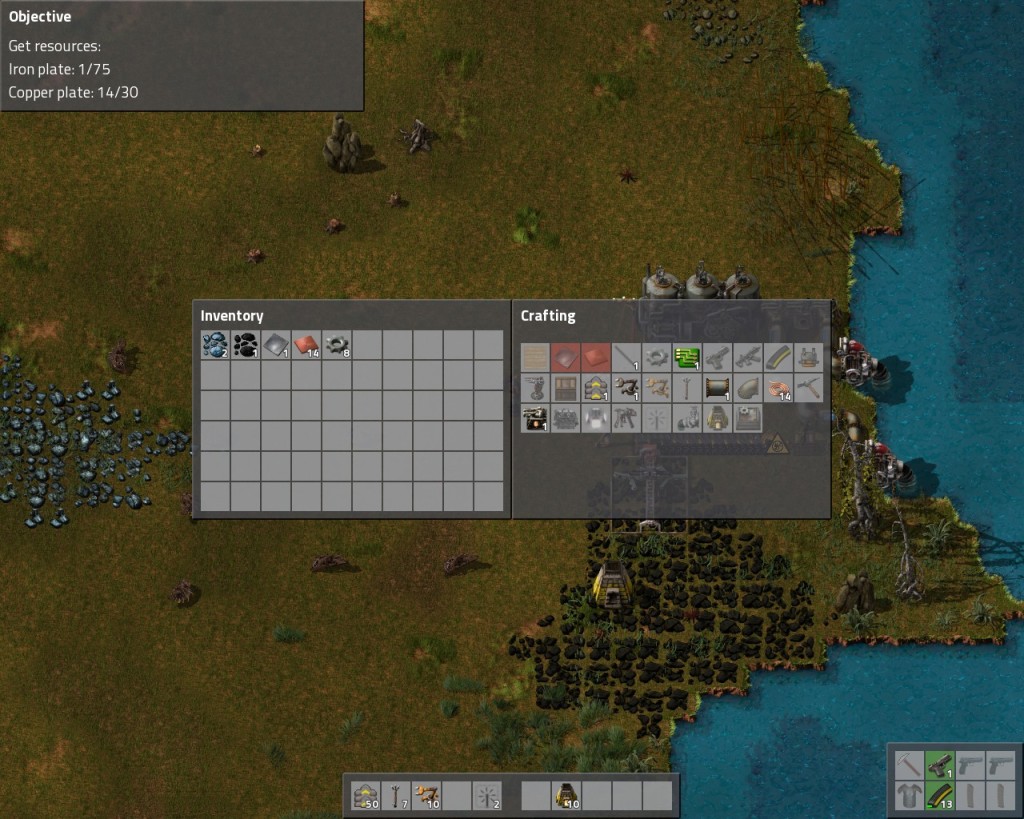 The crafting itself is done very nicely and is very simple . You keep unlocking more blueprints as you play along and when you have enough resources just clicking on the blueprint produces the wanted item.  And as for the shooting it’s like any other top-down shooter . Overall I have no complaints about this game. 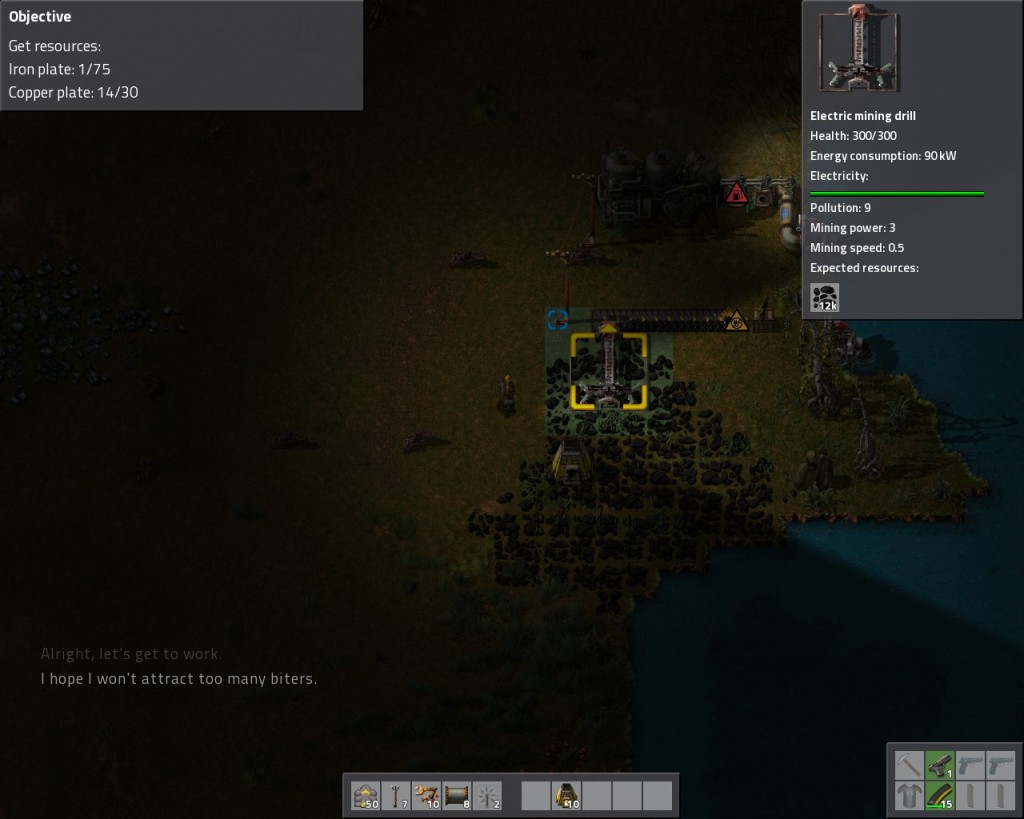 The music of Factorio  is just brilliant . The haunting music adds to the ambience of the game . That feeling that you are a lone wanderer on an alien planet. That idea just hits home with this music.  The graphics of this game I have no complaints about either . It runs smooth , no glitches whatsoever as far as I have seen and suits the aesthetics of the game.