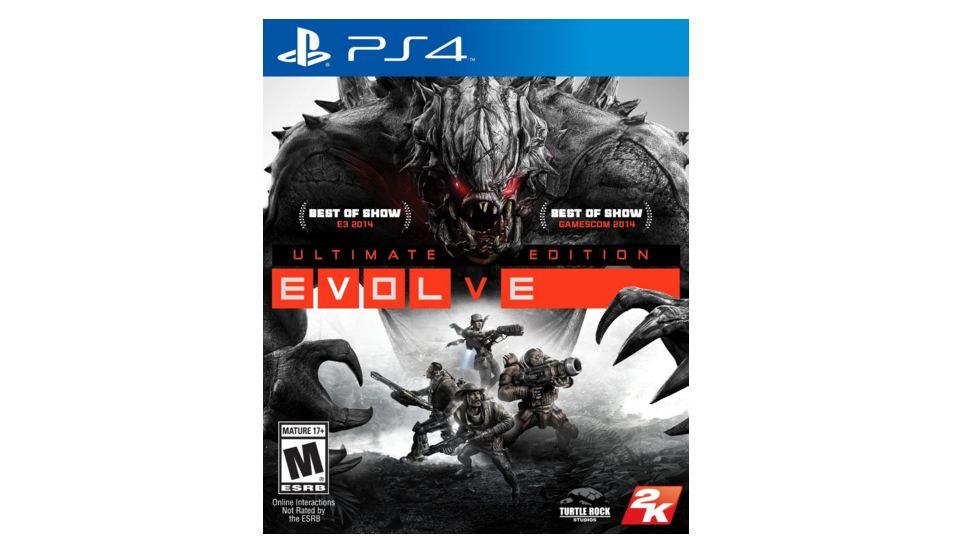 The most ambitious monster hunting multiplayer game from Left For Dead maker Turtle Rocks studio is now getting an Ultimate edition on Xbox one and Ps4. Some leaked images surfaced couple of days ago related to this story and now news is coming that publisher 2k finally confirmed the Ultimate Edition. Here is the box art of the game below:-

Evolve is a 5 player monster hunting multiplayer / co-op game where four hunters try to bring down a player driven monster released in February 2015. The ultimate edition Evolve will cost you around 60$ which will include the base game,monster expansion pack, hunting season 1, season 2. A new monster called Gorgon is recently teased. There is no confirmation if the Ultimate Edition will come to Pc or not only time will tell that.

Evolve Ultimate Edition will hit the shelves on 3rd November 2015 on Ps4 and Xbox one. For more news and infor keep your eyes on our site.