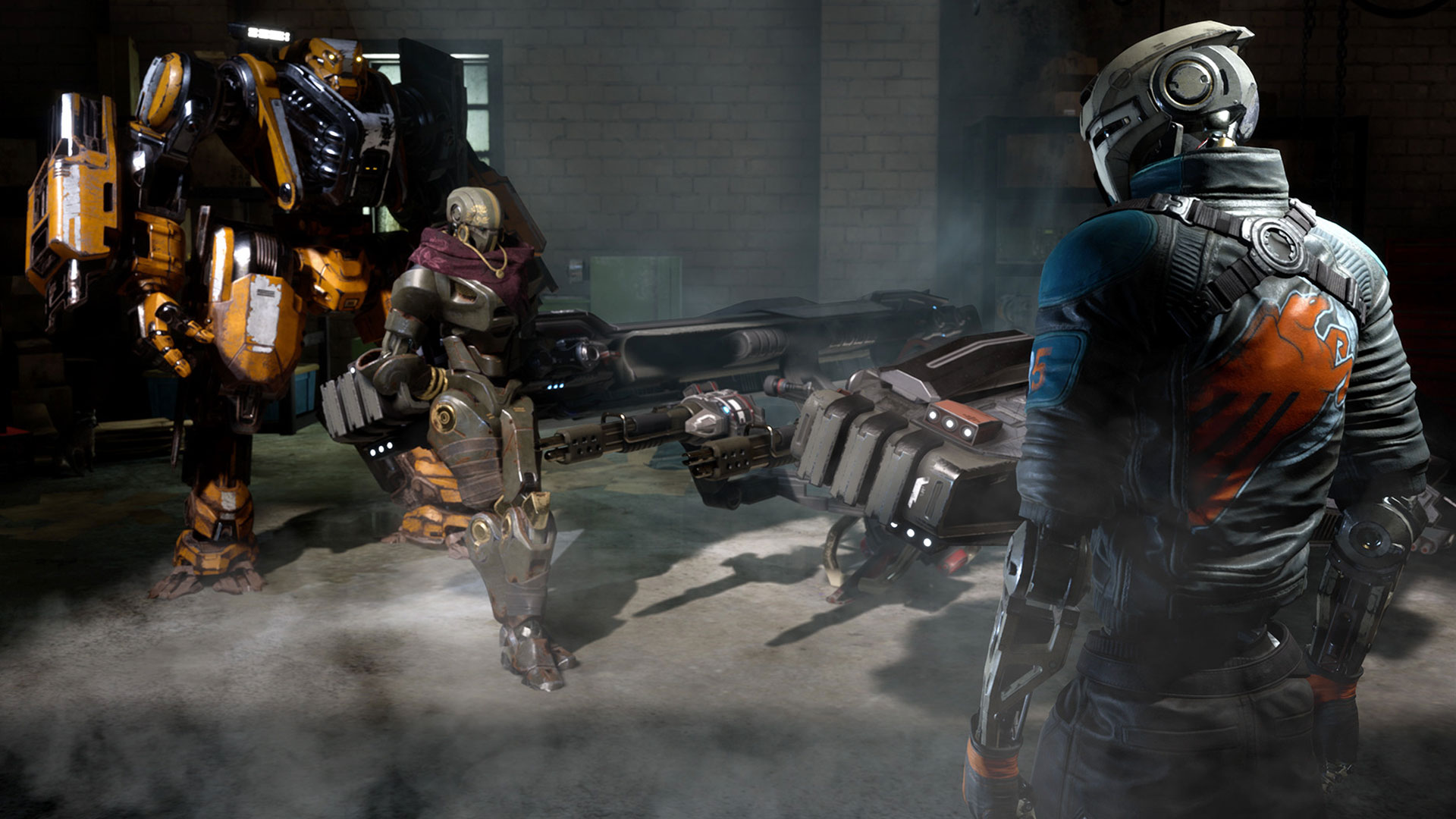 Disintegration, an upcoming game by V1 interactive has seen one setback after the other. Consider the recent reveal of their riveting single-player campaign: every initial effort they made to reach out to press—from their planned GDC unveiling to a press event in New York—was undone by the growing COVID-19 pandemic. Where a behemoth studio would have been too inert to adjust, the nimble team at V1 and their publishing partners at Private Division improvised and moved the campaign presentation to Discord where they demoed the game’s blistering action for an invited audience of the international press.

But all that setback is a minor hassle. Disintegration looks to be a breakout title when it is released later this year. No one had any doubts at the end of the presentation, a full-out assault on a massive military installation midway through the game led by Marcus Lehto, V1 cofounder and a co-creator of Halo during his long tenure at Bungie.

The single-player campaign takes place roughly 150 years in the future where a series of climate disasters, food shortages, and widespread rioting has put mankind in danger of extinction. One of the ways humanity tries to deal with it is “Integration,” essentially the transplanting of a human brain into a robotic host. For a lot of humanity, Integration is a just waystation en route to a more hopeful future where they’ll be able to plop their brains back into new organic bodies once the situation stabilizes. But of course, there’s a slew of evolutionary madmen bent on eliminating all existing humans (called “Naturals”) in service to their concept of Disintegration, i.e. the dominance of a new human/robot hybrid species.

You play as Romer Shoal, a disgraced celebrity formerly renowned for his expert piloting of gravcycles (think of them as steroid-pumped, flying ATVs…with great big guns) an “integrated” man that may be the Naturals last hope to survive. The gravcycle is an agile flyer, capable of whipping across the battlefield to flank a hulking enemy mech and pound it with withering machine gun fire, agile enough to flit around, over, and under the crumbling concrete columns and walls of a military base under siege. That ability to maneuver in a full 3D space without the grounding limitations of gravity gives Disintegration’s gameplay a heady sense of freedom unmatched by other shooters. That flexibility is further underscored by the variety of gravcycles you can pilot, and which upgrades you choose to invest in.

But what really sets Disintegration apart is the tactical element. You command up to four additional units, all of them fighting on the ground, all of you united against the game’s enemies, the Rayonne. This gives you a slew of offensive options as you bash your way through the single-player content: hang back and provide support while you direct your ground forces eliminate the enemies and rescue confederates (who happily join the fight alongside you). Alternatively, you can plunge ahead as the tip of the spear, doing the bulk of the shooting while assigning targets for your crew to mop up.

Granted, this all sounds like a potential micro-management nightmare where the need to babysit your forces overrides all other concerns and turns the game into little more than an extended escort mission. Set those worries aside: a robust ally AI ensures your comrades will intelligently take cover, prioritize targets, and generally defend themselves and you, giving you more than enough elbow room to juggle emerging challenges.

Fortunately, you’ll have plenty of firepower to deal with those challenges, thanks to suite of abilities your on-the-ground cohorts bring to the fight. With the right person in your crew, you can pulverize a squad of enemy robots with a volley of mortars or trigger a concussion blast to stun the enemy and give your squad time to scurry to new cover. Players will be able to choose their ground forces before every mission, allowing them to pick the characters whose unique skills best fit their playstyle and which best suit the mission goals—those mortars will tip off the baddies during one of Disintegration’s nail-bitingly tense stealth mission but a concussive blast might be just the thing to buy you time to evade being spotted.

All this tactical depth and furious combat occurs across multiple missions in a wide variety of locales, running the gamut from the pristine peaks of the Rocky Mountains to towering urban areas to the blistering arid deserts that are the headquarters for the Rayonne. In between missions you’ll unwind at the Player Hub where you can select gear and skill upgrades and interact with your team members before heading out to save the remnants of mankind (and maybe Romer Shoal’s soul) once again. Throw in a fascinating storyline that contemplates both the nature and the future of humanity (not to mention the gloriously addictive multiplayer component), and Disintegration should have more than enough to seize the attention of gamers when it ships later this year.