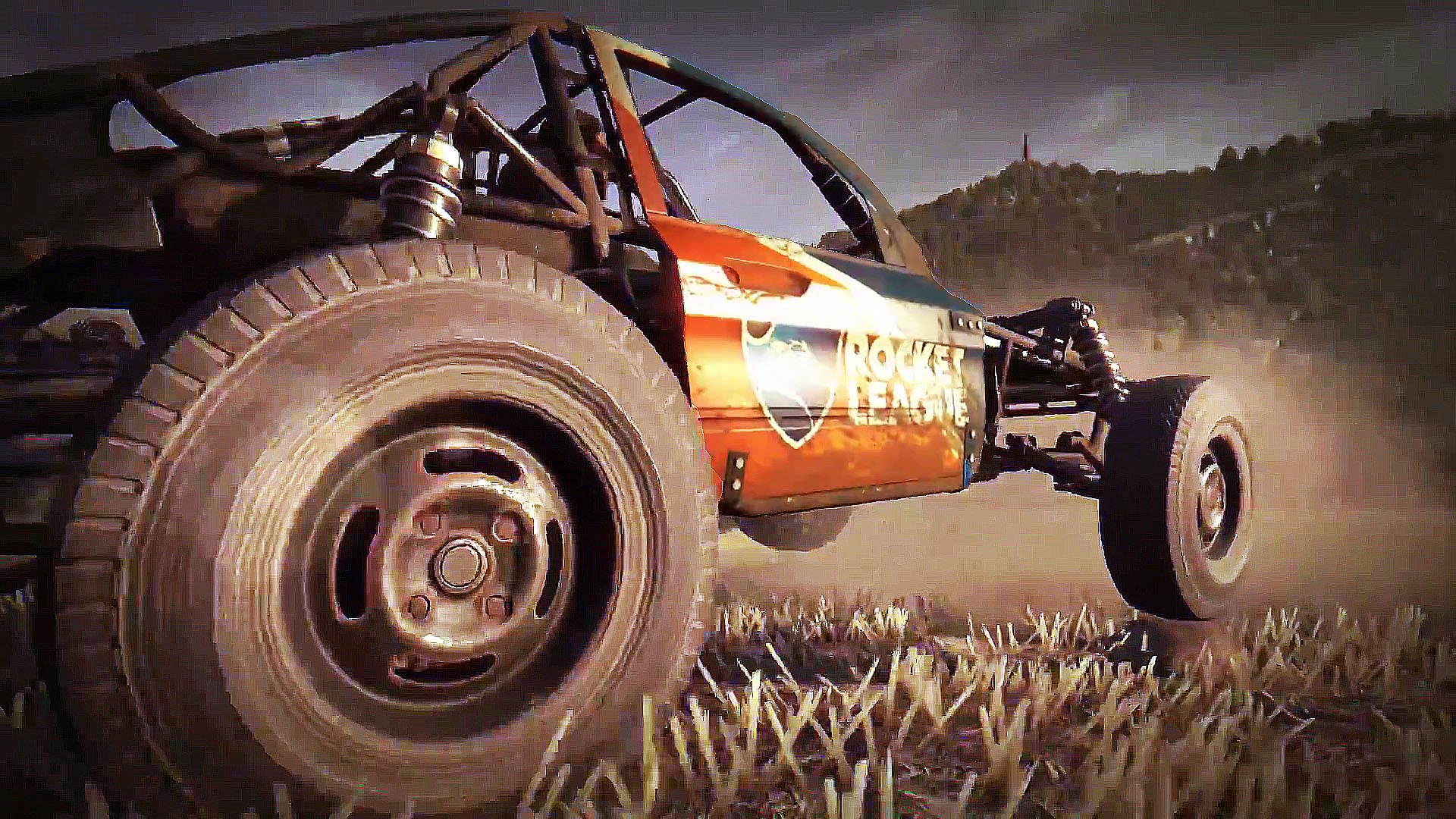 Game changers in their respective genres; both Dying Light, the zombie survival game and Rocket League, the mad and unique sports game seem to have nothing even remotely common, apart from the fact that they are enjoyable as hell! But, that hasn’t stopped companies Techland and Psyonix from teaming up to deliver new content for their respective games.

Recently, Dying Light’s official YouTube page released a new video, showing off a rather cool-looking skin inspired by the unconventional sports game, that you can get for your buggy in Dying Light’s “The Following” DLC. Along with that, it hints at what looks like a Rocket League styled mini-game within the DLC. Showing off the buggy in all its first-person glory, the trailer definitely has us eagerly waiting for the DLC to release.

To grab this cool and colourful overhaul for your buggy, all you need to do is enter the code “LightMyRocket”(Get the pun?) here.
There has also been an announcement of a similar Dying Light-themed DLC for Rocket League as well, but the exact details of the addition are yet to be released.

For games to hardware and everything in between, stay tuned to TechArx.