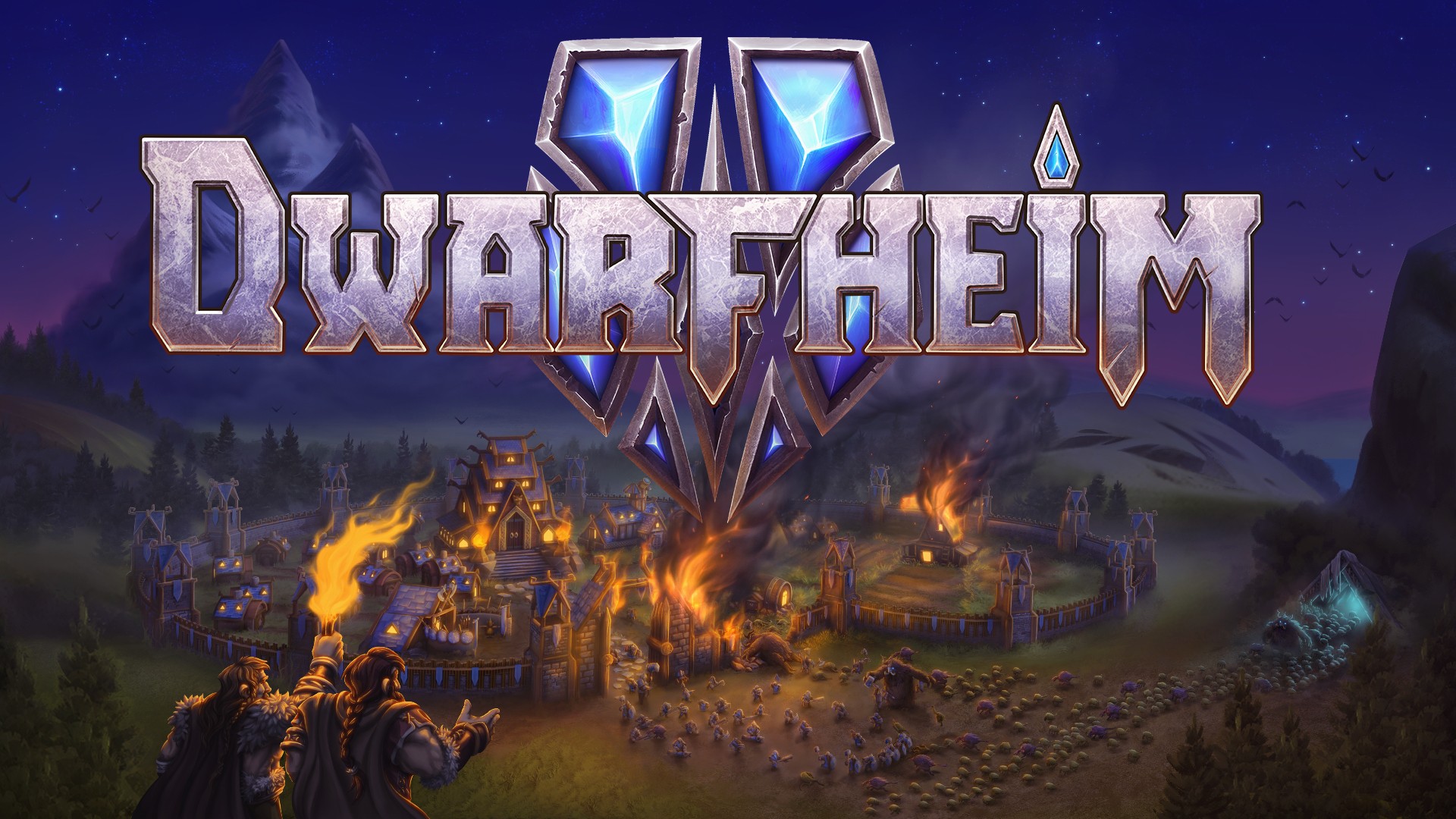 DwarfHeim is an upcoming co-op RTS that lets you chose a role to fulfill instead of micromanaging all aspects involved with a typical RTS game. This allows you to focus on a particular role and work together with your team to build the perfect colony for your Dwarves and build the ultimate base.

Although the game is yet to be released on Steam early access, we got to play around with a couple of the game modes and loved the unique gameplay experience that the game had to offer.

The core gameplay is the same as any other strategy game. You have to build a base, gather materials, produce food, constantly upgrading your base with new buildings while simultaneously creating an army to defend yourself against hostile forces. The twist here is, should you chose to play in co-op, one player can choose to solely focus on gathering resources while the other can focus on base building and so on. You can control a thane – a sort of hero who acts as your avatar in-game and use their unique abilities to support your playstyle.

This gives the game a touch of class-based RPG mechanics since each Thane specializes in a certain aspect of the game and has unique skills as well as buildings and units that augment their playstyle. The builder for example, as the name implies has buildings that augment the logistics chain of your colony and has abilities typical of a support/healer class.

The map is split into two areas, the underworld – where the miner usually focuses on building supply chains to support the colony and the overworld, where the builder focuses on creating the bulk of the colony. The warriors job is to make sure that both the miner and builder can focus on doing their jobs and not worry about pesky trolls or enemy units disrupting them.

Even though the colorful and cartoonish art style might give you the idea that this game is a simple colony builder, it is anything but that. Every building has important strategic importance and it is vital that you work together with your teammates or plan ahead if you are playing solo if you want to win. Even leveraging the unique advantages that hero offers is important in order to win in multiplayer matches, and team play is a must.

Your base will be constantly under siege after a bit of time, by trolls as well as the enemy team. It’s important to build up an army and proper defenses if you don’t want to get overwhelmed.

Even if you don’t want to play the game in co-op mode, even though I highly recommend you do so in order to enjoy the game to it’s fullest, you can still play solo against the AI. The AI is more than competent and will take care of the roles they are assigned to. In fact, for a more complex class like the miner, the AI is more likely to play than a complete beginner, since it requires quite a bit of planning.

There are quite a bit of game modes available in the early access build. I tried to play all of them, but couldn’t find a match all the time. Survival, A grueling and fast-paced challenge mode. All classes, buildings, units, and abilities are immediately unlocked. It’s more of a PVE mode where you have to survive against a horde of trolls.
Sandbox is a more relaxed game mode for the player who likes to take their time and experiment. Expand your settlement across the map in this single-player mode. All units and buildings are immediately unlocked, allowing you to create the perfect settlement.
Skirmish is the more typical RTS mode, where you pit your Dwarves against an AI-controlled rival clan in a series of maps each more challenging than the last.

There are quite a few multiplayer & co-op modes as well but the main meat of the game is conquest, a competitive 3V3 game where opposing teams race for supremecy. Choose a class, join up with 2 other players and work together to tear through the enemy team’s defenses and destroy their Town Hall.

As I already mentioned DwarfHeim isn’t strong in the eye candy department, but the art style goes well with the game and it looks fantastic once your base is built up. Factorio players will especially love the complex supply chains they can set up. Something else I would like to compliment is the great audio design, including the witty lines the dwarves speak when you set them off to do their jobs.

Although there has been a bit of a resurgence in city builders and RTS games, there’s not a lot of innovation going around in the genre. DwarfHeim comes with plenty of unique and fun mechanics to spice things up for RTS scene and the amount of polish it has for being an unreleased early access game gives me hope that the team will be able to deliver on the vision they have promised.

If you love RTS games, and city builders, you will absolutely love DwarfHeim and I can’t wait to see what the team has in store.