Initially released back in 2004, the Warhammer 40,000: Dawn of War series experienced an eight-year hiatus following the closing of THQ in 2013.
Fortunately, for us Warhammer fans, Sega decided to pick up where THQ left and in 2017 we finally have Dawn Of War III, the highly anticipated sequel, helmed by Relic Entertainment. 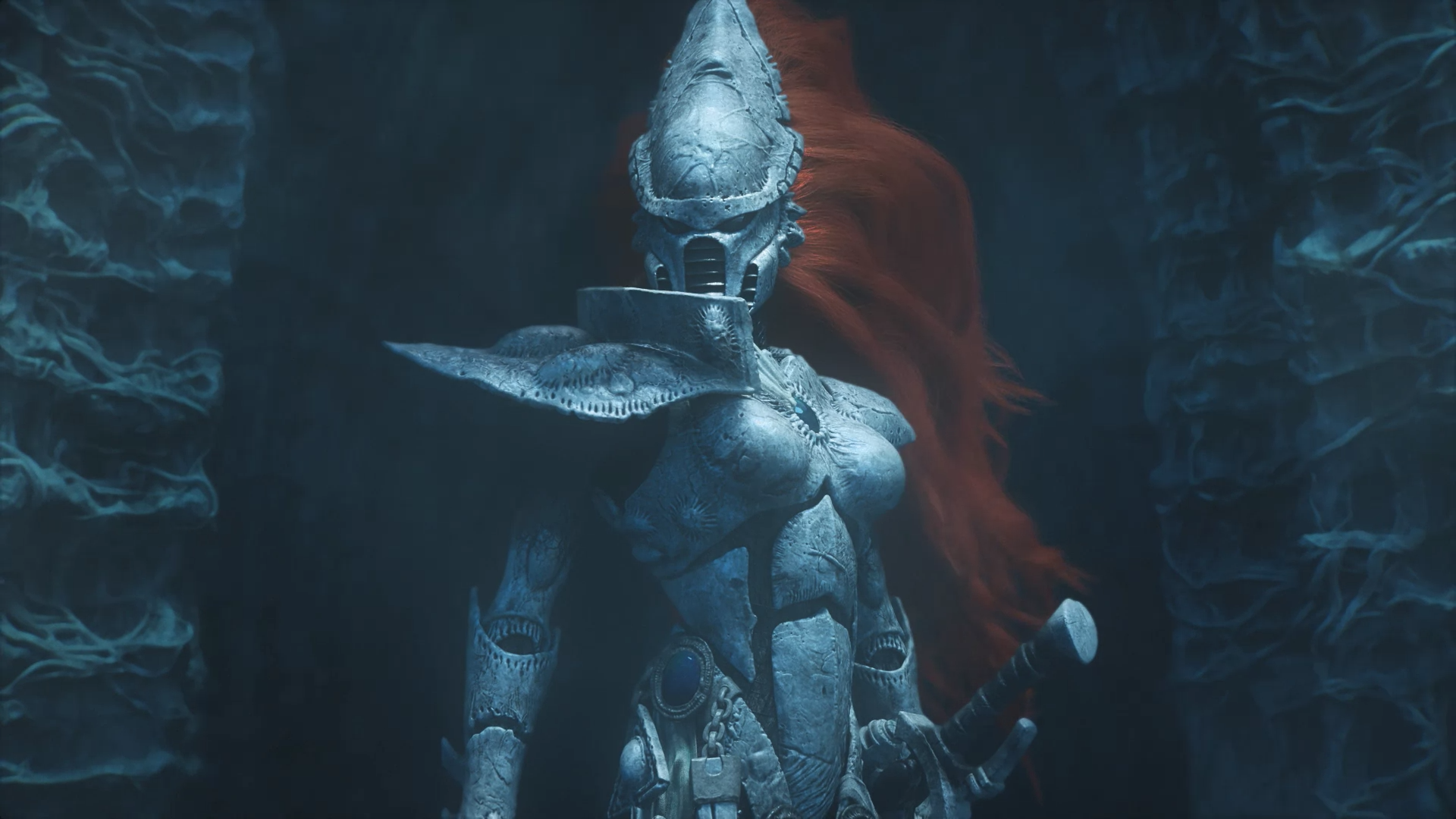 While the first game was based on a fairly classic pattern, the second one, however, emphasized on heroes and was more RPG than RTS. Dawn of War 3 tries to find the best compromise between these two formulas(more on that later).

Dawn of War III has two modes, a single-player campaign, takes the player across a number of story-based missions as the aforementioned races. The campaign acts as a glorified tutorial that introduces the players to these 3 factions and shows of their strengths and weaknesses.

Adapting, the Warhammer 40,000 universe is no easy task, with it’s complex and deep lore, and it’s thousands and thousands of stories. The one being featured in this installment starts on the planet Cyprus Ultima and involves a mysterious relic that the Orks, the Eldars, and the Space Marines compete for. There are the trademark Warhammer storytelling tropes involved, betrayal, politics, uneasy alliances but somehow the story manages to fall short of its predecessors.

The other is multiplayer, which is traditional RTS skirmish maps fought over control points with a dash of MOBA.

You see, Dawn Of War III features Elites, which are heroes of their respective factions. These elites have special skills and are powerful units that can turn the tide of battle. These Elite units will have to be manually controlled and require some micromanagement similar to traditional MOBA games.

Every faction has a roster of units which serve some purpose. Make no mistake, despite the unique approach Relic, decided to take, the underlying gameplay still follows your traditional rock, papers, and scissors. Every unit is strong against a specific type of unit and can just as easily be countered with another unit. What is different is how each faction handles these units.

Space marines, for example, have pretty much straightforward unit and building system but can plant banners to inspire troops and deploy soldiers from an orbital relay, the Eldar have shields on their units and rely on building teleportation for buffs and efficiency, the Orcs can use scrap to upgrade their stats and have can enter Waaagh! that can boost their abilities.

In order to add yet another layer of strategy, you can assign a specific improvement called elite doctrine. Army Doctrines are upgrades that have effects on subsets of your army and are broadly split into four categories: Infantry, Vehicles & Walkers, Structures, and Faction Mechanics. All three races have access to various Doctrines from the first three categories, but only Space Marines have access to Faction Mechanics Army Doctrines.

There are also Elite Doctrines. Elite Doctrines work in a similar manner to Army Doctrines, providing boosts to subsets of your army. The difference is that they are tied to specific Elite Units and come in two categories: Presence and Command.

Presence Doctrines are unlocked by default on all Elite Units and apply their effects when the Elite is present on the battlefield. They usually activate when the Elite is first deployed, triggering a devastating attack centered on the Elite’s location or upgrading a specific type of unit or structure.

Command Doctrines are unlocked when the Elite reaches level 3 and apply their effects when the Elite is equipped into your Loadout, upgrading a specific element of your forces with increased attributes or new abilities. When your Elite reaches level 8, its Command Doctrine will be unlocked as a separate Army Doctrine, allowing you to equip it independently.

You also gain ‘skull’ currency by leveling elites through the campaign. Skulls allow you to buy new doctrines for your elites.

Resources are harvested differently from traditional RTS’s as well. First of all, there is no harvesting here, rather you have to control certain points on the map, by building extractor buildings on top of them.

You can’t get resources without these extractors and this adds a tactical opportunity in which you can weaken your opponent by simply carrying out raids on their extractors.

Dawn Of War III‘s Elites might be badasses but you can’t win games using them alone, you will need a carefully constructed army in order to defeat your enemy. The goal is not to have a massive army but to have an efficient army.

You will also have to choose when and which Elite to deploy, do you want to deploy a cheap elite that can help you to win early skirmishes or save up for an absolutely game-changing Elite that can take on multiple units without a scratch ? 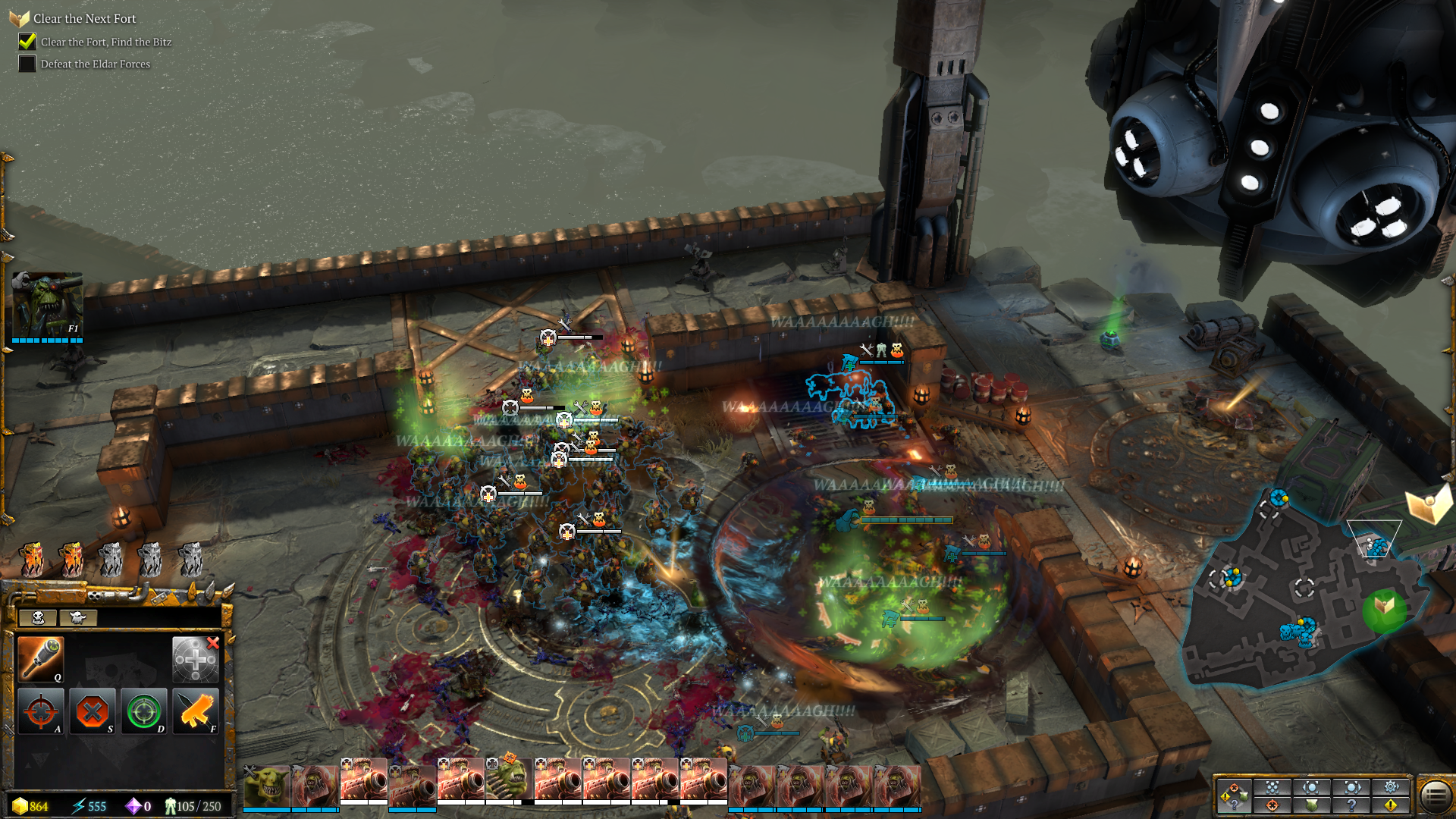 Dawn of War III from the ground up feels like a game that is focused on being on the offensive, as evidenced by the lack of a cover system which was a part of Dawn Of War II’s central gameplay. From the start to the finish, from the moment you have a small force to the moment you have a huge diverse force, the game is all about first mover advantage.

The MOBA influence is also found in the very nature of the multiplayer mode and in the design of maps.  The ultimate goal of online games is not to destroy the opposing base in a classic RTS way, but to bring down the Power Core of enemies. This power core cannot be damaged until the Turret is destroyed. The Turret can use a straight-line beam attack and a shockwave that stuns all nearby enemies requiring split pushing and quick reflexes to move your units out of harm’s way when it is attacked. Finally, this turret is also invulnerable as long as a third key building called shield generator type is not destroyed.

Does the gameplay sound familiar? well if you play MOBA games, you will know this type of gameplay is a staple of most games in this genre. This slightly radical approach to traditional RTS gameplay is something that is going to divide the player base, what will however decide on the sustainability of Dawn Of War III is going to be Relic’s ability to listen to their player base and future DLC’s that I hope will be able to expand on the story and gameplay.