An eye-catching entry in the TechPowerUp GPU database caught the tech world’s attention. The data shows the intimate details of none other than the AMD Radeon RX Vega, a card which, just a couple of days ago, AMD had said it would be launched sometime this quarter.

TechPowerUp database states the following about the Card:

“The Radeon RX Vega is a graphics card by AMD that is not released yet. Built on the 14 nm process, and based on the Greenland graphics processor, in its Greenland XT variant, the card supports DirectX 12.0. It features 4096 shading units, 256 texture mapping units and 64 ROPs. AMD has placed 8,192 MB HBM2 memory on the card, which is connected using a 2048-bit memory interface. The GPU is operating at a frequency of 1000 MHz, which can be boosted up to 1200 MHz, memory is running at 1000 MHz.

We recommend the AMD Radeon RX Vega for gaming with highest details at resolutions up to, and including, 5760×1080.

Being a dual-slot card, the AMD Radeon RX Vega draws power from 1x 6-pin + 1x 8-pin power connectors, with power draw rated at 225 W maximum. Radeon RX Vega is connected to the rest of the system using a PCIe 3.0 x16 interface. The card measures 267 mm in length, and features a dual-slot cooling solution.” 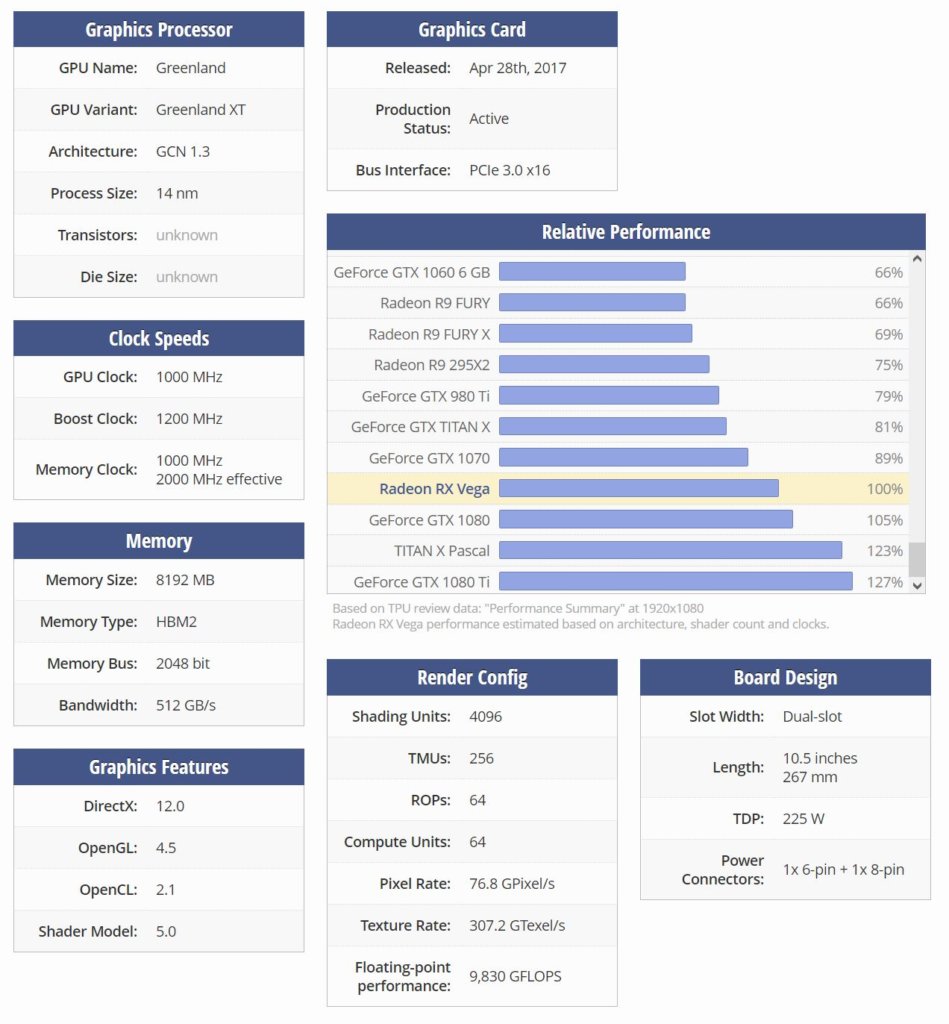