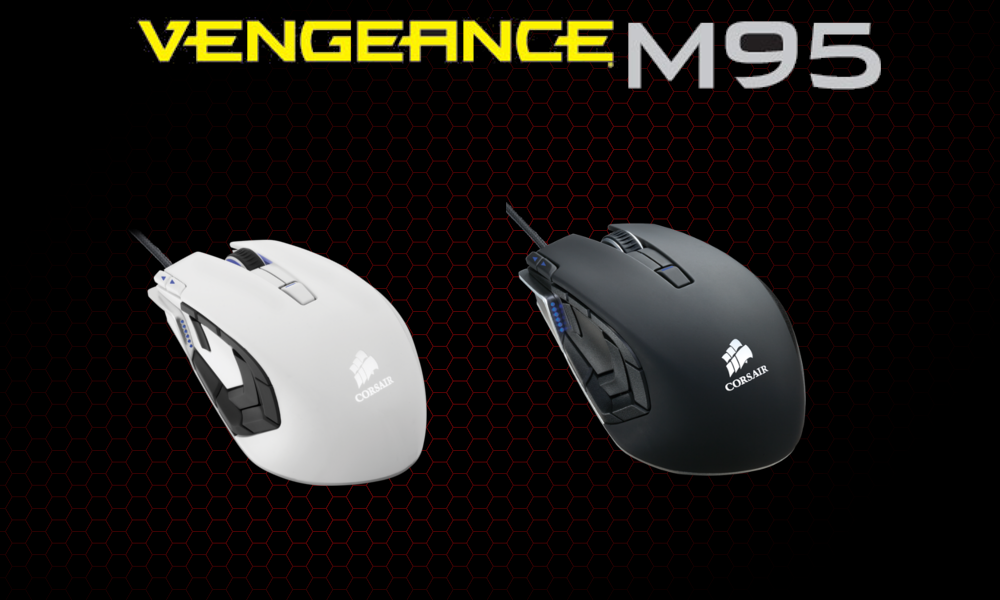 Corsair is a name known to PC enthusiasts around the world for their quality products and impressive performance. Now they are also stepping into the world of gaming with the launch of gaming peripherals. Their new series of gaming mice, known as Vengeance series, are meant for gamers focusing on specific genres of games. The Vengeance M95, focusing on the MMO and RTS user base, gets a lot going in the right direction, but falls just short of the whole package. 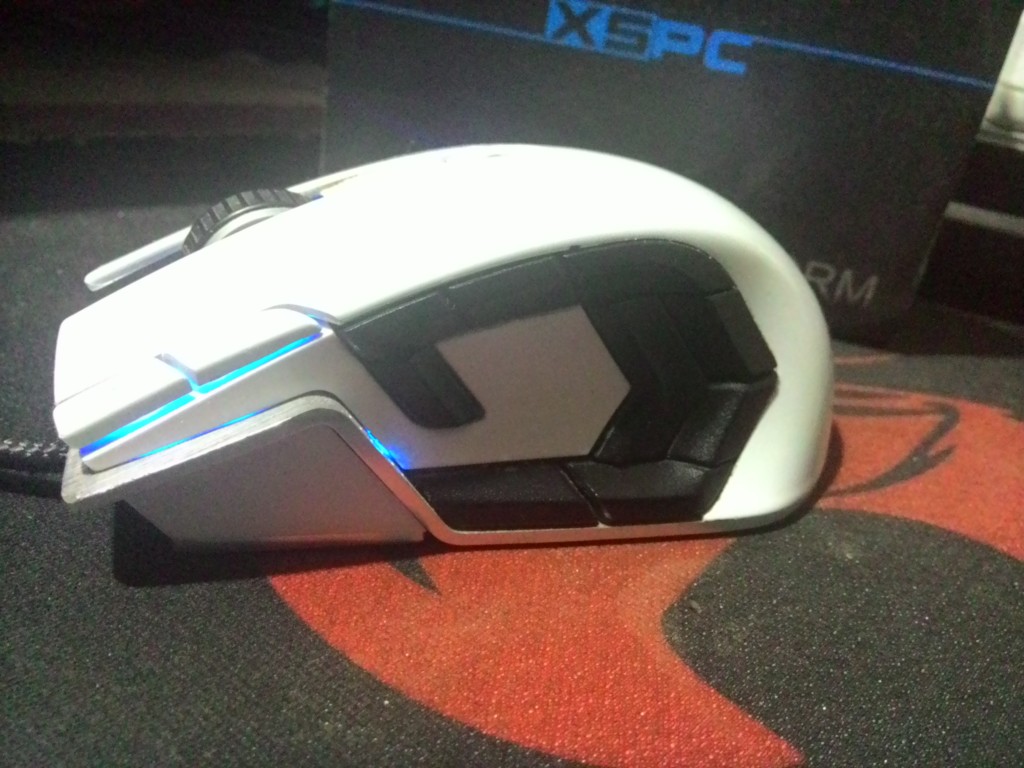 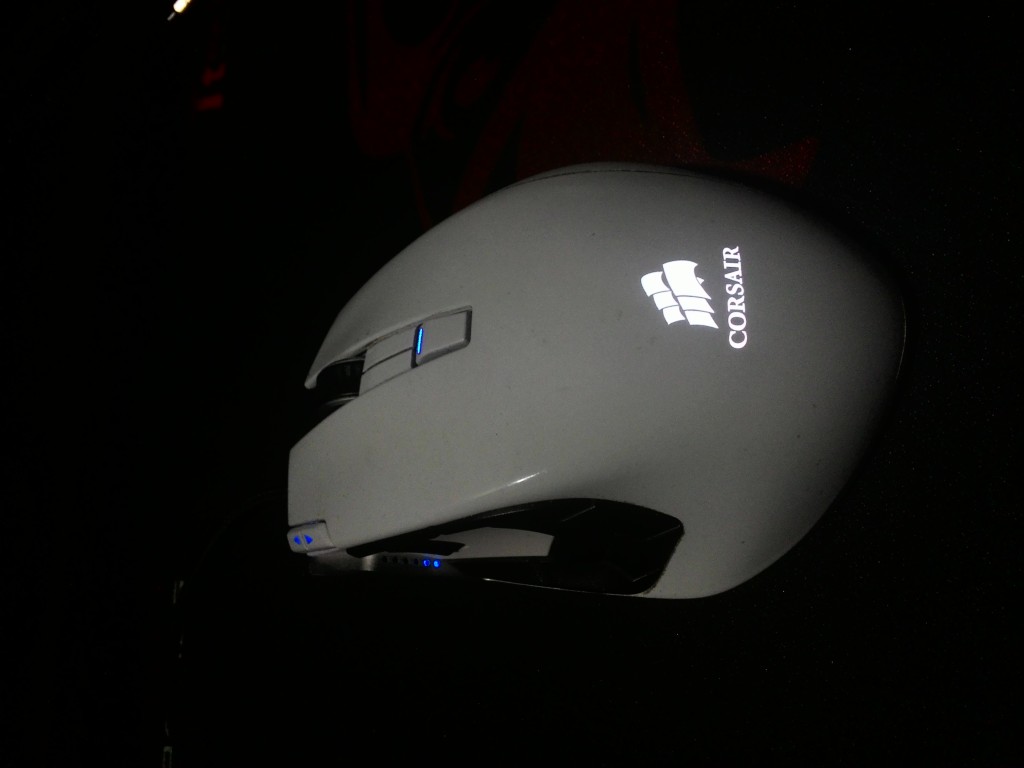 The Vengeance M95 shares it’s basic design with it’s predessecor and FPS counterpart, the Vengeance M65. The mouse is built around an Alluminium Unibody Chassis. It’s low curvature and wide base gives a smooth feeling while playing long matches. The thumb and the outermost two digits rest easy on the sides of the mice on a slightly rough textured space. The Vengeance M95’s curved grip space allows for both Palm and Claw grip players to have a smooth gameplay experience. 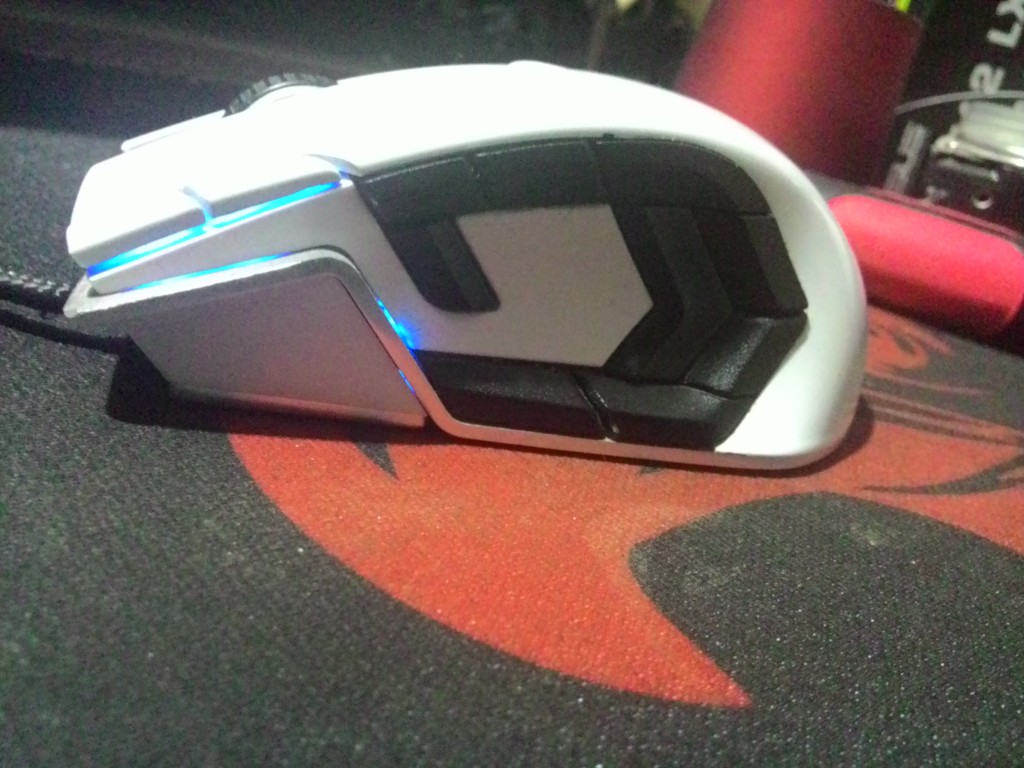 The M95 15 individual keys that are seprately programmable. The mouse features a left button, a right button, a clickable scroll button, a clickable button below the scroll, two DPI shift buttons on top left corner and 9 keys positioned around the thumb. The 9 keys around the thumb are positioned in a unique fashion. However, the keys share almost same dimensions and textures and thus are quite hard to differentiate during a heated match. 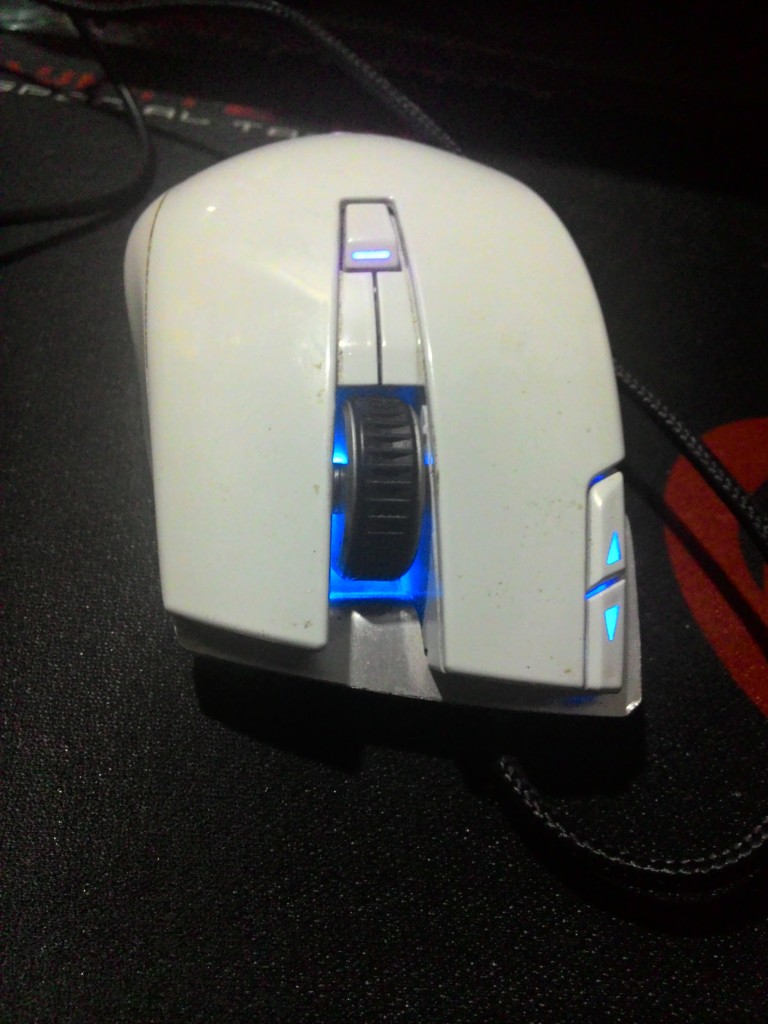 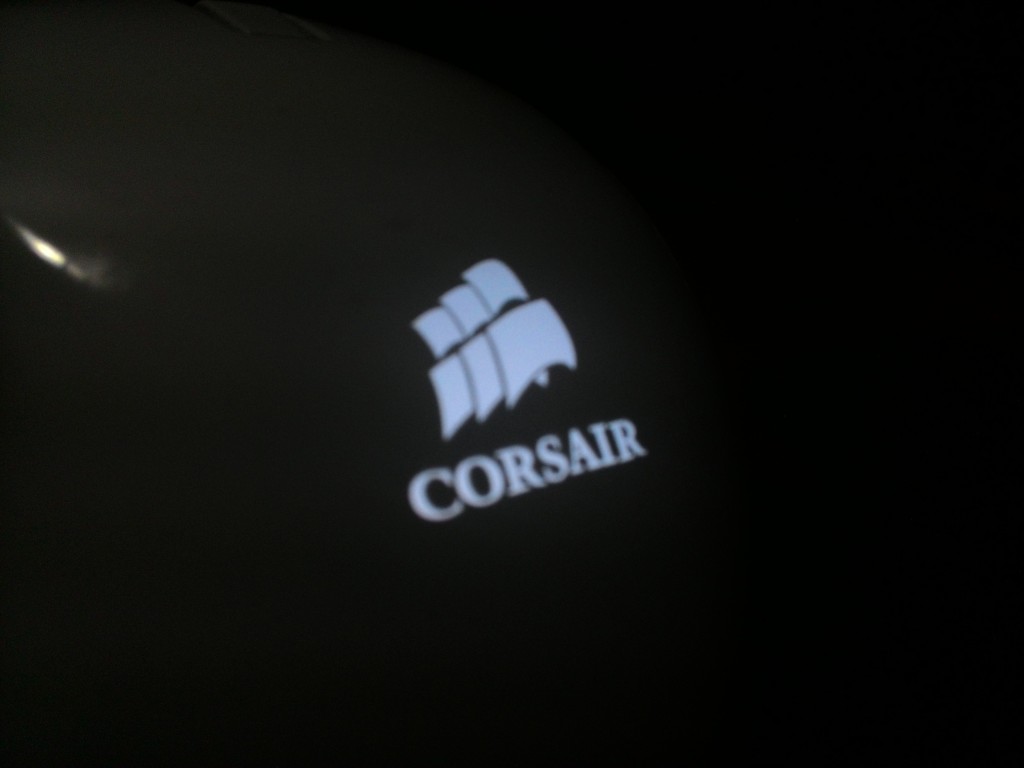 The mouse is also compatible with a customization software that has to be downloaded from their website. It’s surprising that a high-end mouse still lacks a bundled software and manuals with it. The software allows the user to customize individual keys and set up macro commands. The software is pretty neat and useful, however identifying the individual keys is a headache since they are also clustered on the software UI. The command system is rather straight-forward, allowing the user to set up time delays between macros, individual keystrokes and even media commands.The software also allows for saving these settings on 4 different profiles. Users can set a lift-off height, test surface quality and unlink x-y axis for better tuning. All in all, the Software is made for both basic and advanced users but a refinement of UI and user commands will be a welcome update. 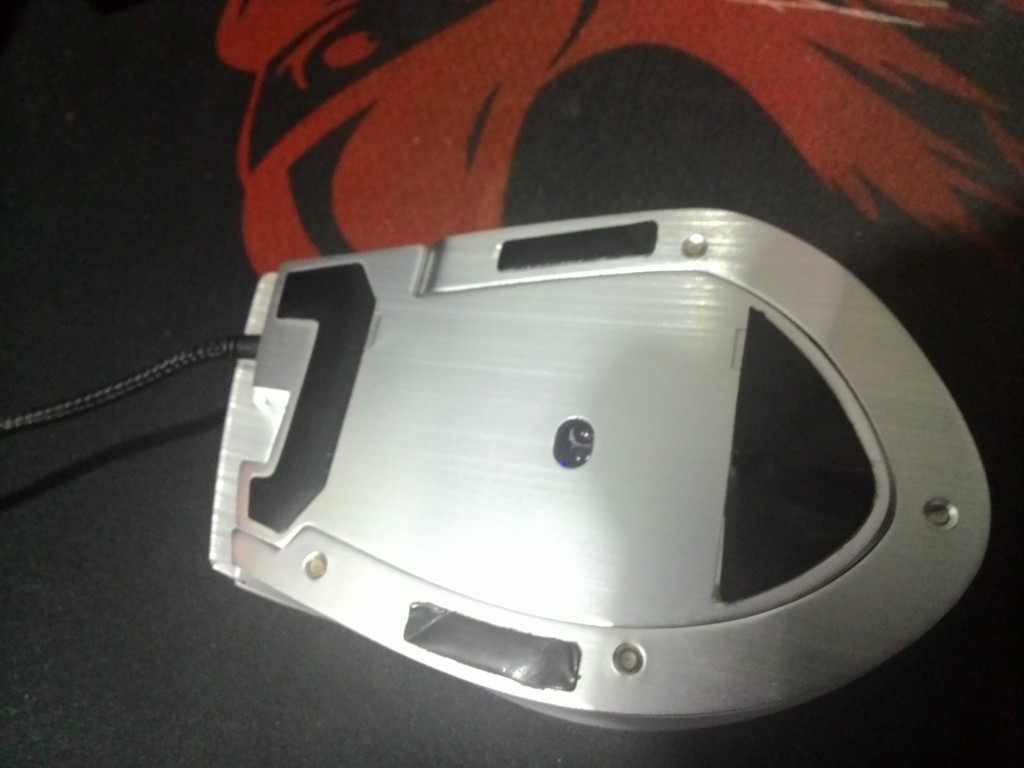 The high precision DPI (Dots-per-inch) sensor, in this case the Avago ADNS 9800 Sensor allows the user to set the sensitivity from a scale of 50 to 8200 DPI. It also has 4 preset polling rates of 1000Hz/500Hz/250Hz/125Hz or 1ms/2ms/4ms/8ms. The mouse houses a Flexis JM MC9S08JM32 processor. This USB 2.0 compatible, 8-bit processor with a 48MHz clock speed, provides the power and memory for all the commands and additional work processes.

During our playtimes at TechARX, the Vengeance M95 performed quite well across the board. The mouse is geared towards MMO and RTS playerbase but it can perform quite well for all types of games. The mouse is responsive and comfortable, something every gamer looks forward to.

While playing DotA 2, we pushed the mouse to the maximum by assigning different power and gear commands on the thumb keys. But the lack of distinction made our matches harder and eventually our hero in the mid lane fed the enemy team some good early kills and an easy match. The main focus point of the mouse became it’s demise in actual combat.

Corsair shows promise with their new products and ideas. However stacking a mouse with too many precision buttons and blocky software can end up being the bad thing in the long run. The mouse is an excellent performer and a sturdy piece of hardware but it’s selling point leaves a sour taste in the end.

If you can bypass the inconvenient button positioning and somewhat blocky software then this mouse is useful and worth it’s price.