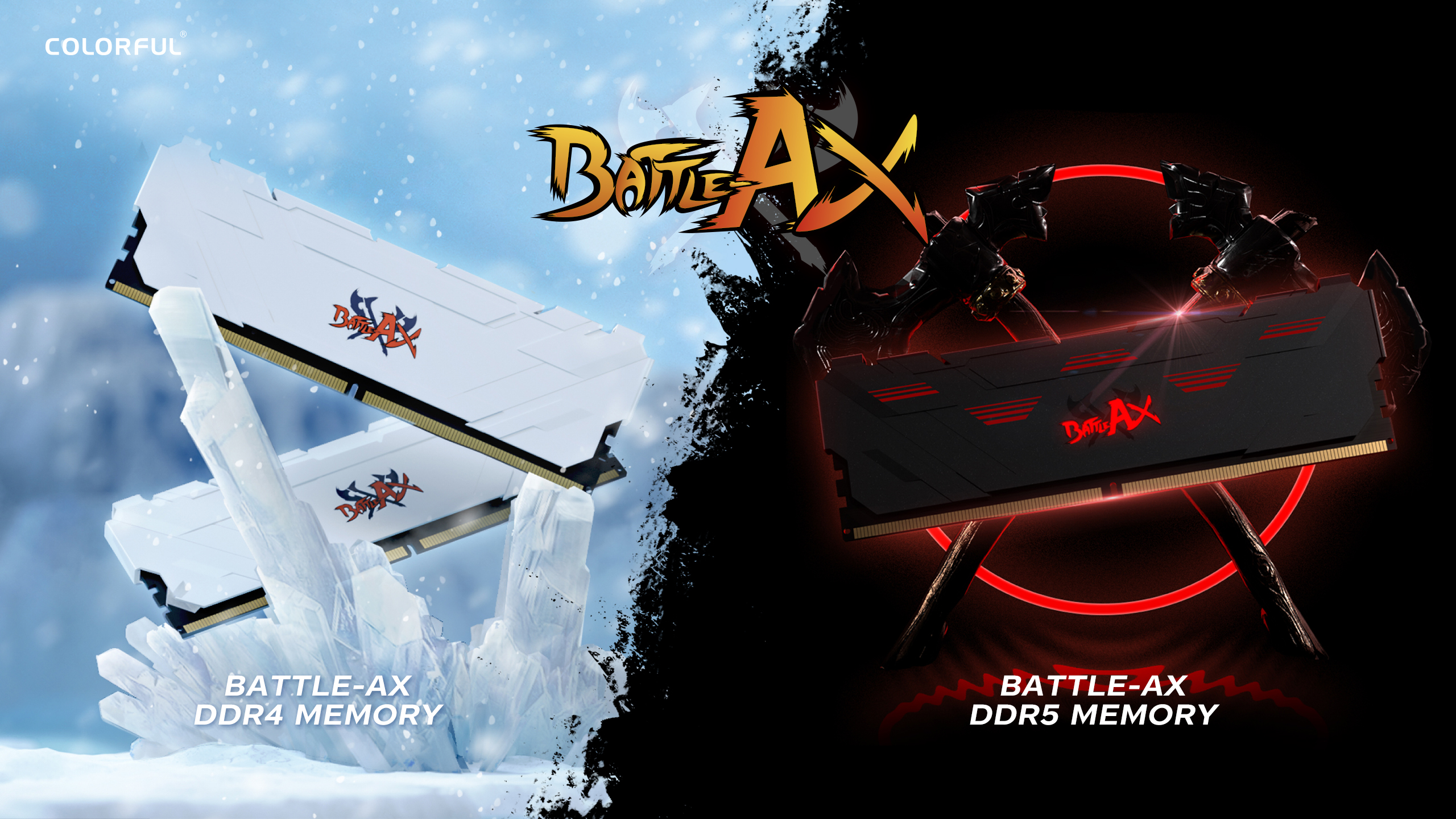 The new memory and storage products aim to provide builders with upgrading to the newer mainstream system platforms as well as older generation systems with DDR4 memory and PCIe Gen 3 M.2 SSD slots.

The Battle-AX DDR5 memory supports Intel XMP 3.0 for quick and easy memory overcloking via the BIOS. The COLORFUL Battle-AX Series memory is covered with 3-year warranty.

COLORFUL introduces two new CN Series NVMe SSDs designed for desktops and laptops – the CN700 PCIe Gen4 SSD and CN600 Pro PCIe Gen 3 SSD. The CN700 features the PCIe Gen 4 interface and the latest NVMe controller, delivering speeds of up to 5,000MB/s read and 4,500MB/s write. The CN700 is available in 512GB, 1TB, and 2TB capacities. The CN700 is also compatible with the PlayStation 5 console.

The CN700 and CN600 Pro are backed with a three-year limited warranty.