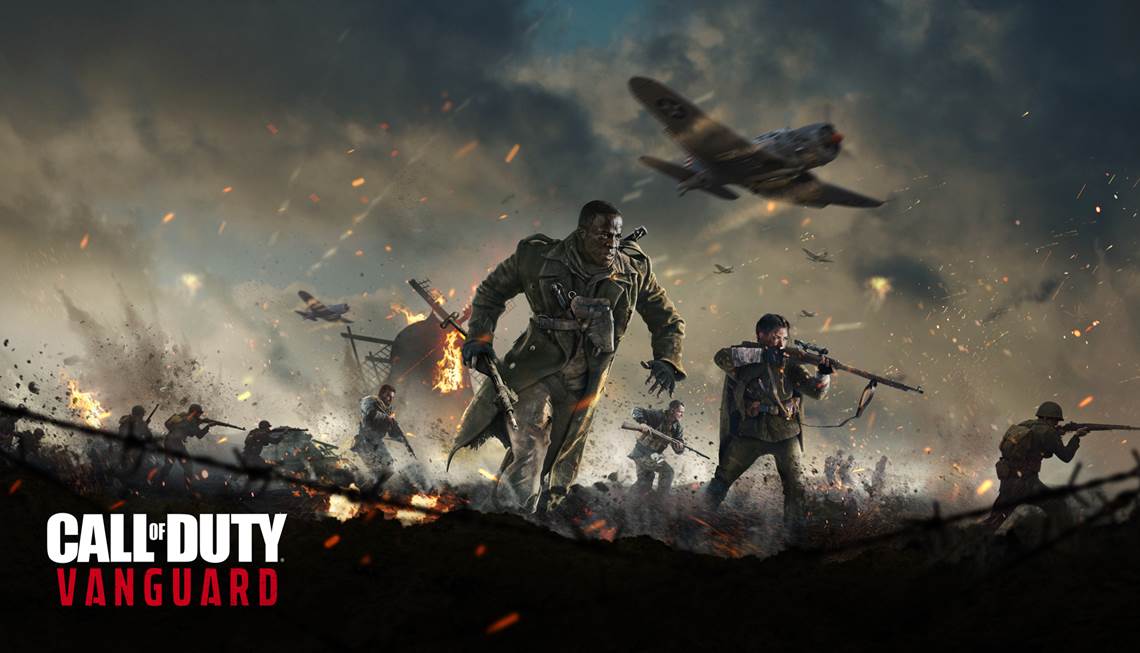 Few franchises have continued to dominate the market and remain popular like Call of Duty has. Even though every year, we are treated to a new flavor of COD, the demand for the experience that only COD provides has never died. The annual nature of COD, however, has made it feel a bit repetitive over the years, and very few successors have been able to capture the glory days of the original games.

Call of Duty: Vanguard is one of the most refined and packed releases that the franchise has seen in recent years. It manages to emulate the bombastic action-packed multiplayer experience of the old days and is the most fun I’ve had with a Call of Duty title since the OG games.

I want to start off by saying that I’m a fan of CoD’s campaigns, and I feel they are an integral part of the Call of Duty identity. The original Modern Warfare trilogy and the Black Ops games have some of the best stories in any FPS game and it’s a treat going through these annual blockbusters. With their jaw-dropping pieces, finely crafted battles, and even a few well-written memorable characters, these short narrative experiences are worth the entry price. With Call of Duty: Vanguard, this is a mixed bag, and I feel it takes a step back to Black Ops Cold War in many areas.

You are thrown at the end of World War II to explore the history of Task Force One, a heterogeneous group that brings together fighters of all kinds. There’s the inventive Australian, the grim Russian, and the rowdy American, to name a few. Throughout the short Vanguard campaign, all of these characters come with their own background sequences, with mixed results. Some of the story arcs like Polina’s are really well done and shed light on how the war tore apart lives, while some of the arcs feel too generic.

This journey through each of the operator’s pasts takes you back in time as you step into the shoes of each character at their own defining moments. Some have more exciting adventures and take you on to different parts of the world, and while some missions are certainly better than others, none really breaks the mold to feel exceptional.

One of the most exciting missions I undertook was dogfighting in the Pacific and the sniping sequence in Stalingrad. These highlighted the campaign’s strongest moments, and while none of the missions were bad, they just felt too much of the same.

There are no great story beats or shocking twists that you simply have to witness for any of these figures. The Vanguard campaign primarily plays it safe and lacks the creativity that some of the past titles have shown.

That said, the gameplay is still as solid as ever this year. The gunplay feels great, the visuals are great, the lighting, in particular, is a huge improvement over Cold War, and the performance is mostly solid throughout. The voice action and overall sound design was also exceptionally well done.

The multiplayer mode is without a doubt the highlight of CoD Vanguard. While it certainly has its share of frustrating issues, and design flaws, this years multiplayer is one of the most fun I’ve had with CoD in years.

From the very first game, Vanguard’s exceptionally polished mechanics throw you right into the action. The gunplay is immensely satisfying, the movement feels fluid and precise, and the controls are as crisp as ever. They have managed to implement the fast-paced nature of Cold War with the excellent gunplay from the Modern Warfare reboot.

Even though at the end of their life cycle, none of the COD games have lacked in content, Vanguard starts off with a whopping 16 unique maps at launch. While some of the maps suffer from design flaws, most of them have fantastic layouts that always lead to extremely enjoyable matches.

Combat Pacing is a new mechanic introduced this year, and while it still needs some polish, it’s an interesting addition that makes matchmaking more personal. The basic idea is that based on the setting you choose – from Blitz to Tactical, the matchmaking system will put you in lobbies that are suited to that specific pacing. Blitz pacing for example will favor smaller maps, that promote fast action and easier engagements, while tactical maps are larger and will require more teamwork to dominate and win.

The traditional modes such as Team Deathmatch, Kill Confirmed, Domination, and Search & Destroy, along with new modes such as Patrol and my personal favorite – Champion Hill. Champion Hill pits you and your team randomly against another team, on a small map. Each round is small and thanks to the low TTK in Vanguard, extremely intense. You have limited lives and must upgrade your weapons, equipment, and support abilities if you want to come out on top.

Moving on to the Vanguard weapons, there is a good amount to go over here as well. Each weapon has a huge upgrade tree, with multiple attachments and skins to unlock. Before adding any accessories to your weapon of choice, you need to level it up. Some attachments can completely change the way certain weapons work, allowing a degree of customization like never before.

Some of the cosmetic challenges remain just as frustrating such as the 100 kills point-blank with every sniper. Your operator also has unlockable skills as well as rewards with each level up.

Something that really frustrated me in some of the maps is the spawning systems. Early on into the launch, I was gunned down because I was spawned right in front of the enemy, and even though this has been improved in the latest patches, it’s still a big problem that needs sorting. I was also a fan of the combined arms in Cold War as well as the War mode in previous CoD games, and not seeing any vehicle combat in Vanguard is very disappointing to me. On the other hand, Warzone will get a huge content update involving Vanguard and it seems that dogfighting is going to be a big part of it, so I’m hoping for some form of combined arms to return. Future seasonal updates will certainly add tons to the experience, and hopefully, weekly updates will fix the most frustrating issues.

Rather than the traditional round-based mode or even the broader variant of Outbreak, this year’s release goes in a different direction when it comes to CoD Zombies. Der Anfang takes center stage here, as players enter an objective-based mode where completing various tasks expands a map of the “central world” and unlocks new updates.

On paper, the new mode is like a rogue-lite. Every path in Der Anfang is supposed to be slightly different with a multitude of weapons and abilities mixing things up. However, the content available at launch is so incredibly thin that you end up seeing every surprise the new mode has in a few hours.

Strategically taking down waves of undead enemies with your team, upgrading your gear between each objective, and trying to create the optimal trio of abilities was quite thrilling. The exception gunplay carries over to Zombies as well, and there’s nothing as satisfying as gunning down hordes of zombies.

If you pass wave 10, you will have finished Der Anfang with all perks maxed out, the best-equipped weapons, and a full set of legendary powers. However, new targets keep popping up, larger hordes keep popping up, and you’ll even face a dozen turret-wielding enemies at once.

There’s nothing new to see beyond a certain point and nothing else to accomplish, except more challenging enemies to overcome. There’s tremendous room for Treyarch to expand on this new Call of Duty: Vanguard CoD Zombies mode over the next 12 months and I know they will, but it is still disappointing to see the Zombies experience be so barebone. If it weren’t for the spectacular gameplay, this iteration of Zombies would have been a pass for me.