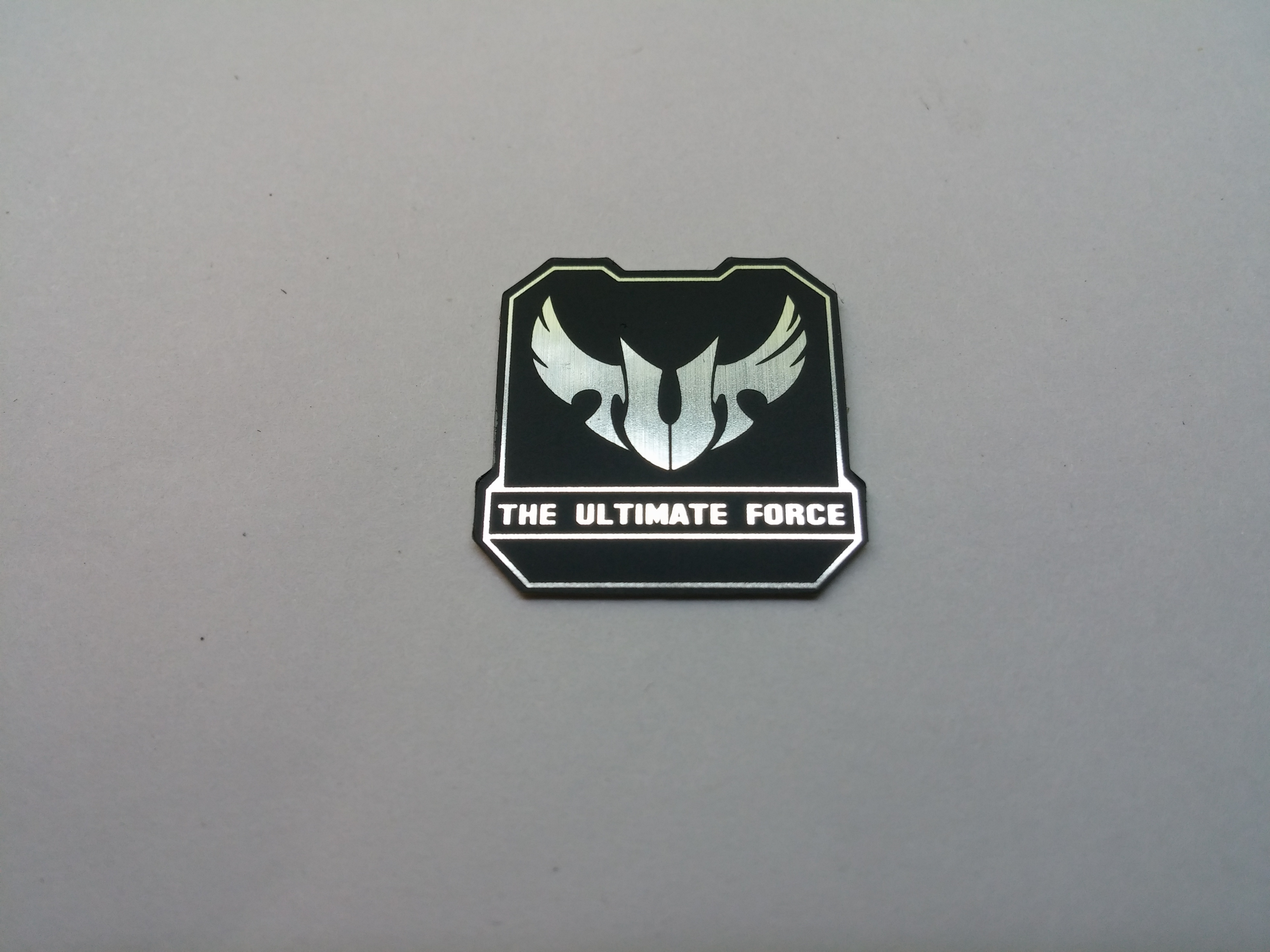 Sabertooth range has been one of ASUS’ most distinguishable SKUs, with the TUF thermal armor covering the PCB creating separate heat zones, and covers for pretty much every slot/port. The military themed design has caught quite a drift amongst system builders and ASUS has continued expanding the SKU (Micro ATX version, dubbed Gryphon debuted with Haswell).

We first saw the Mark S back at Computex, and immediately liked the aesthetics. There is an increasing demand in the PC modding community for white components, and we have seen products like Galaxy (Now Galax) HOF series create quite a following. ASUS’ prototype design at Computex was named Sabranco (Sabertooh + Branco, which means white in Portuguese), but the finished product is called Mark S, with S ostensibly standing for Special. This is a limited edition board, and the signs are obvious. 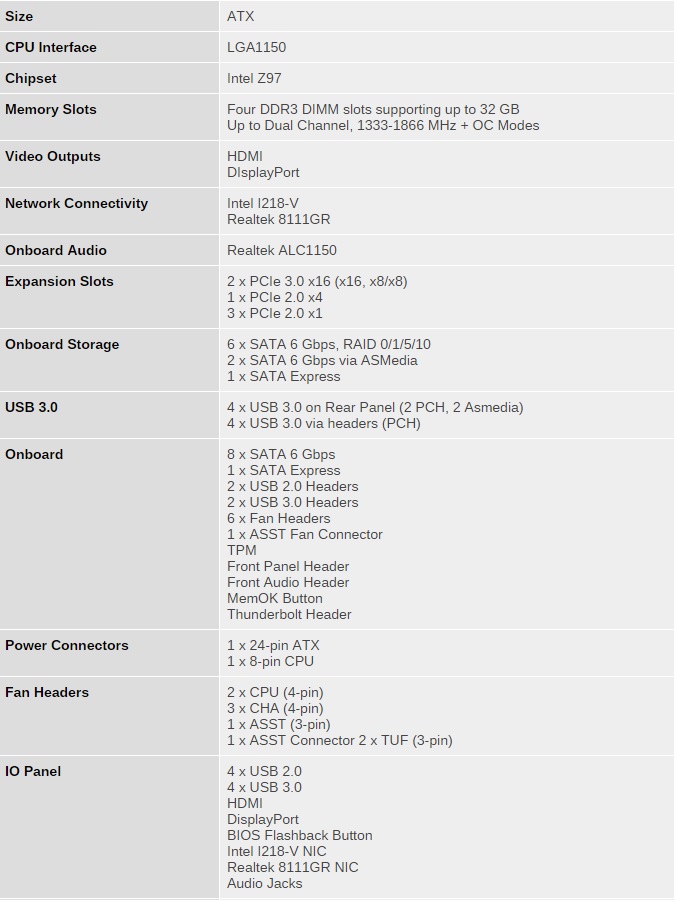 Now let’s dive in to see what’s on offer: 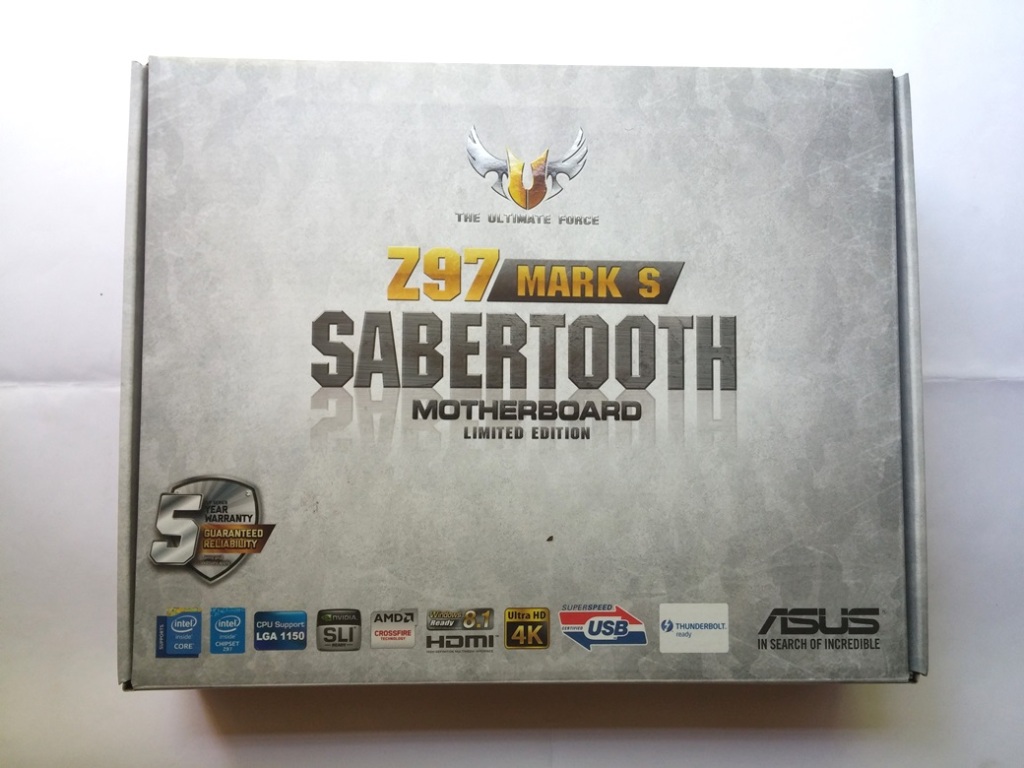 The packaging carries the white theme along with Sabertooth branding and information. The backside of the box has a clear picture of the board with the features in detail. 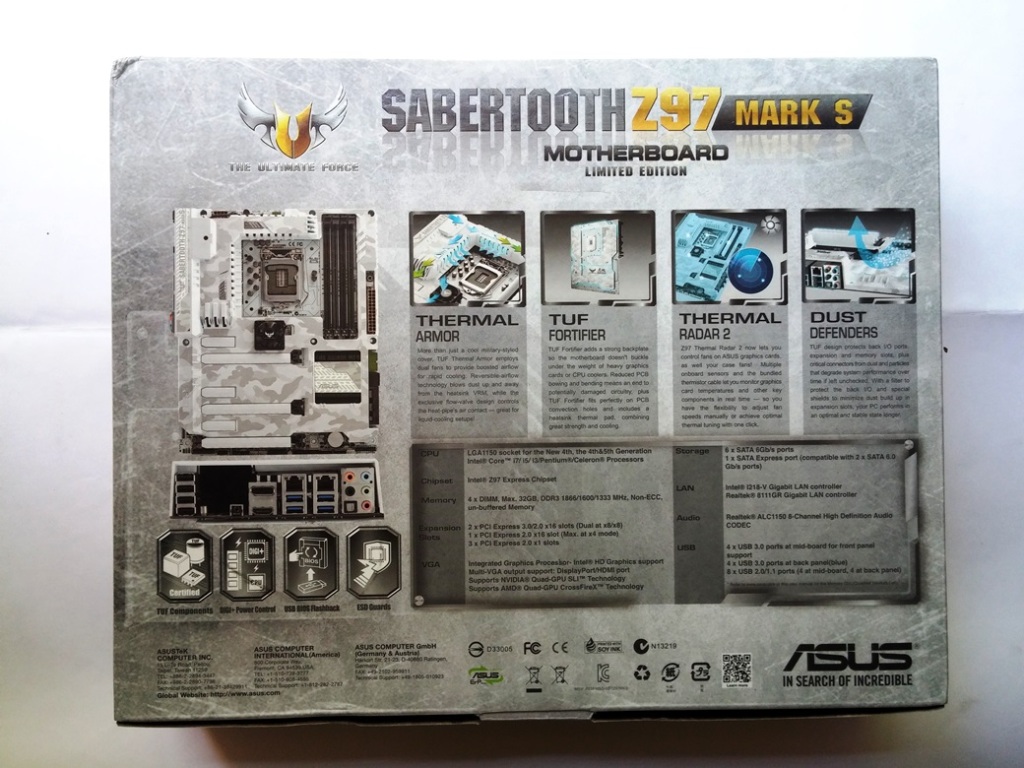 The in-the-box package is quite substantial with all the covers and caps. 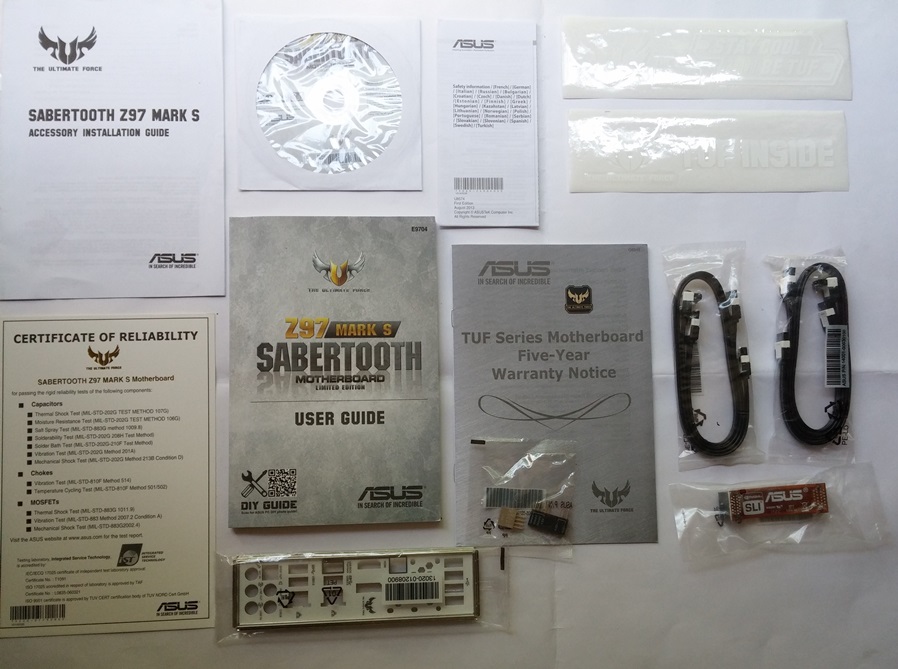 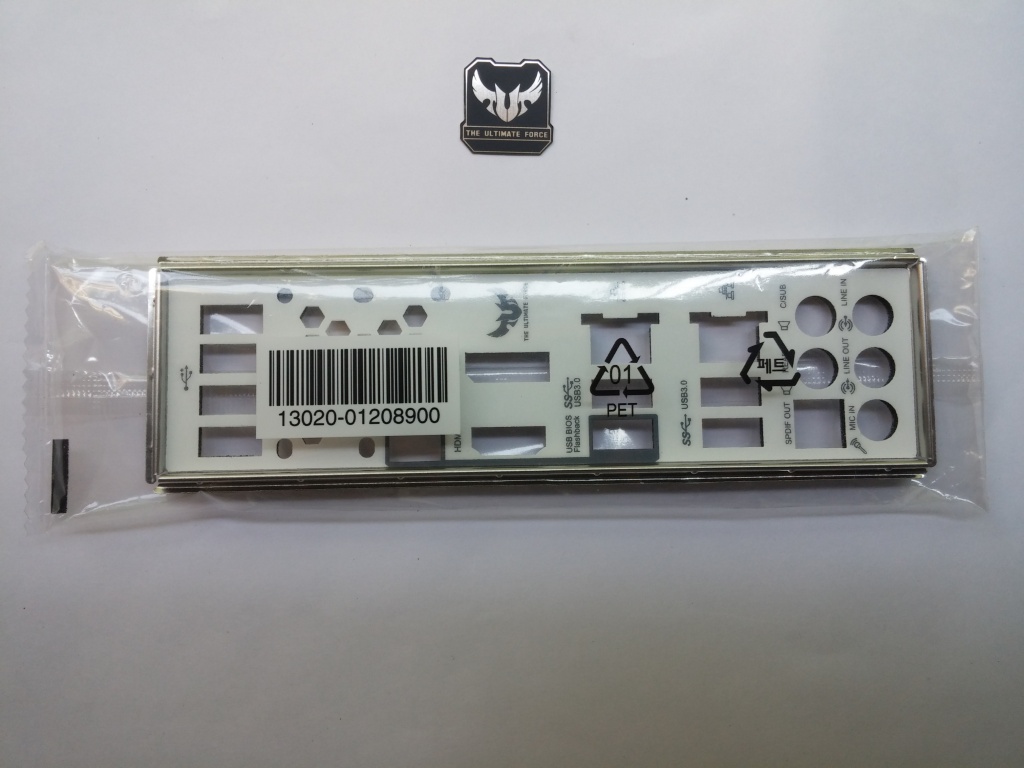 The sexy white I/O shield, and the TUF sticker

As for the ‘Sabertooth’ part of the package, we also get: 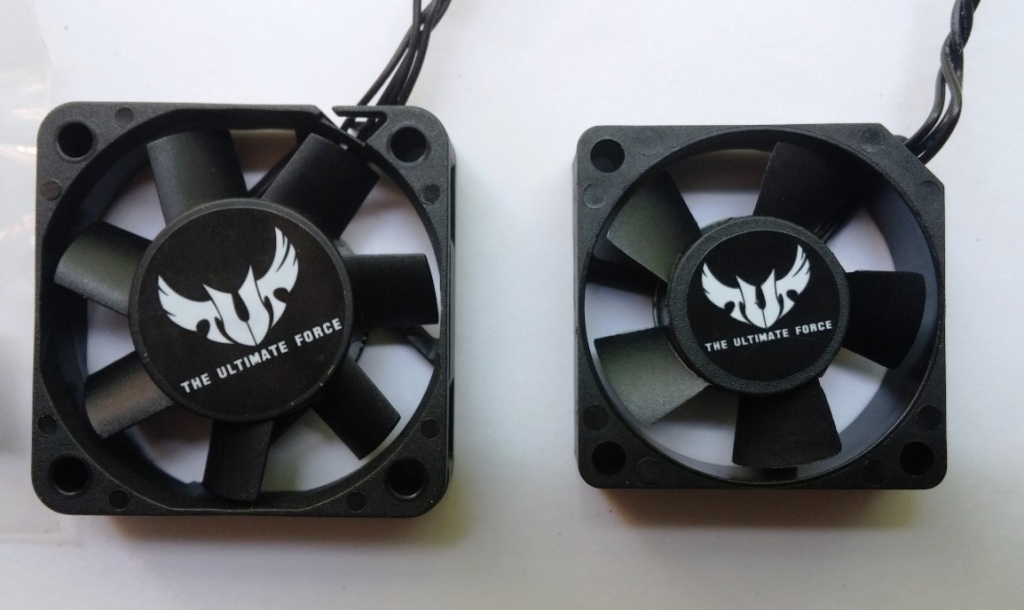 The board has a white PCB. The slots and connectors however continue the military green and gray Sabertooth theme. The rear I/O cover also has a little red triangle on the bottom right corner with the serial number of the particular board written on it. Ours is number 2080. 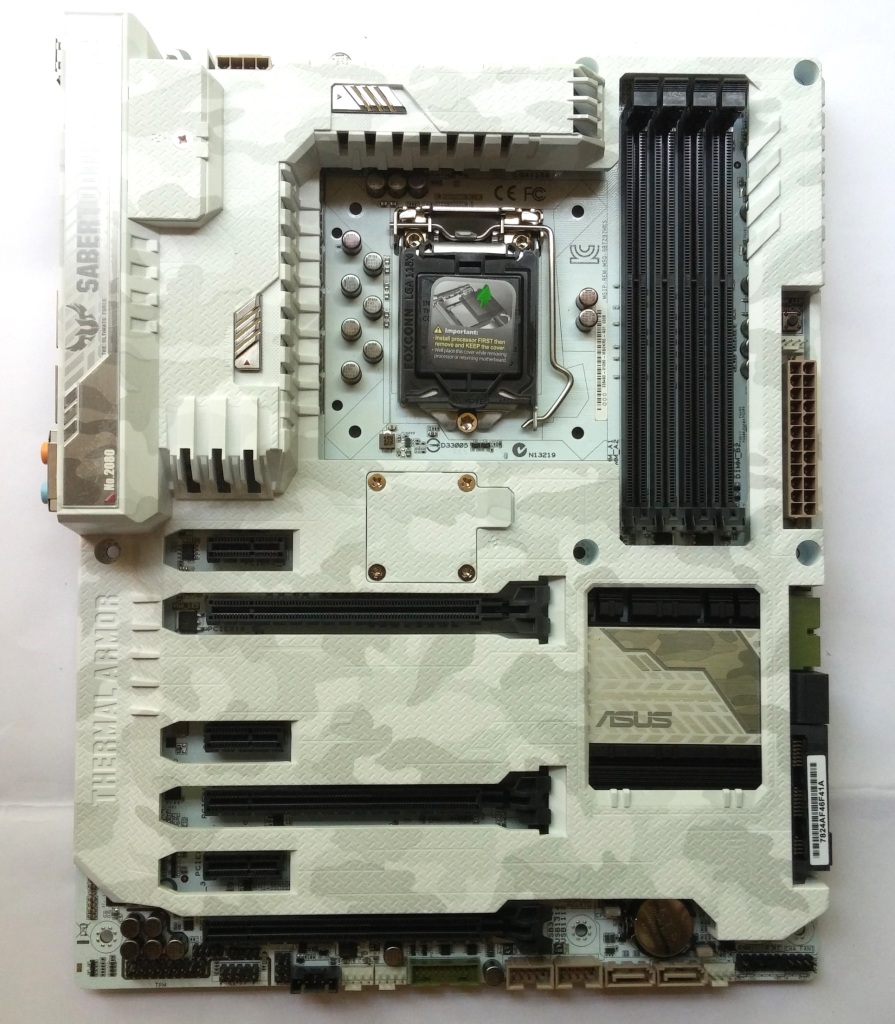 Back of the board has the metallic backplate of the thermal armor. This gives the board some stability as well as rigidity. This is also painted ‘arctic camo’, in accordance with the overall theme. 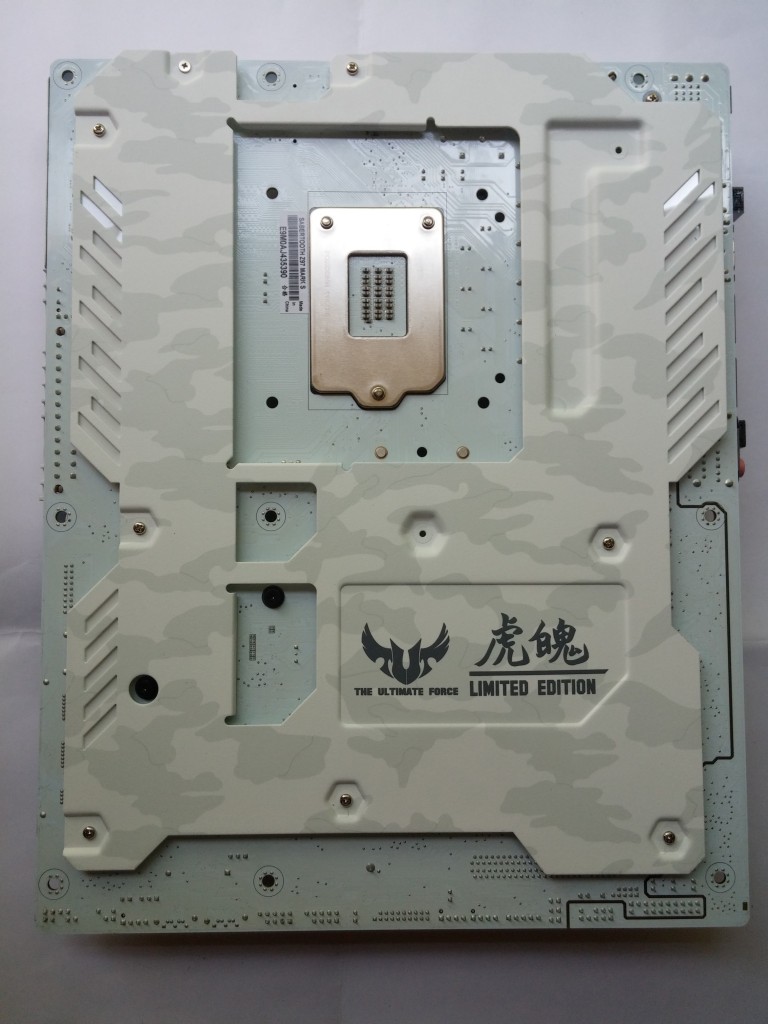 TUF and LIMITED EDITON monikers adorn a stamped out section in the backplate. 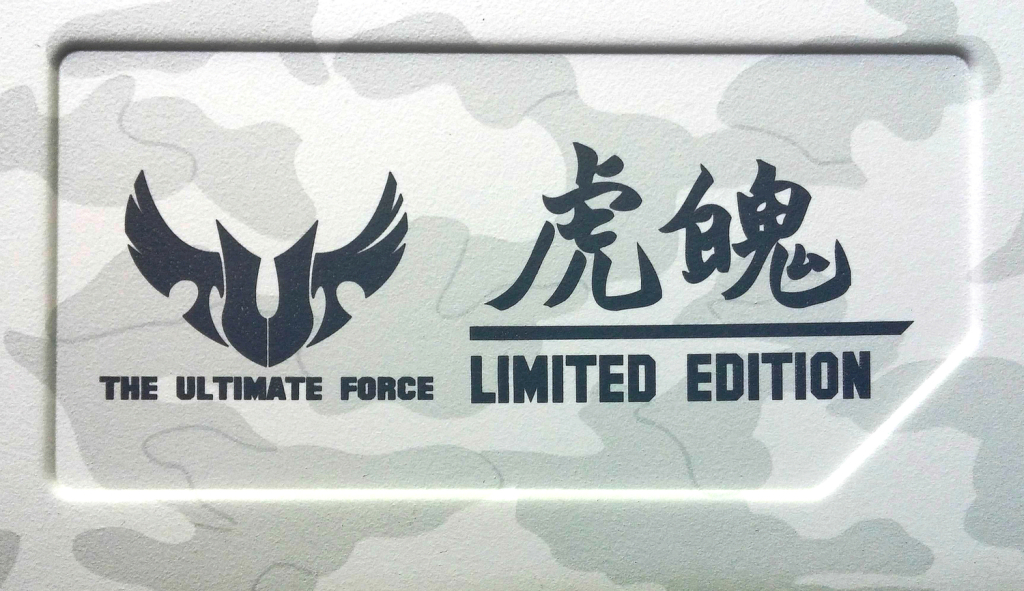 The armor near the VRM section has push switches to open/close air vents to allow directed circulation. 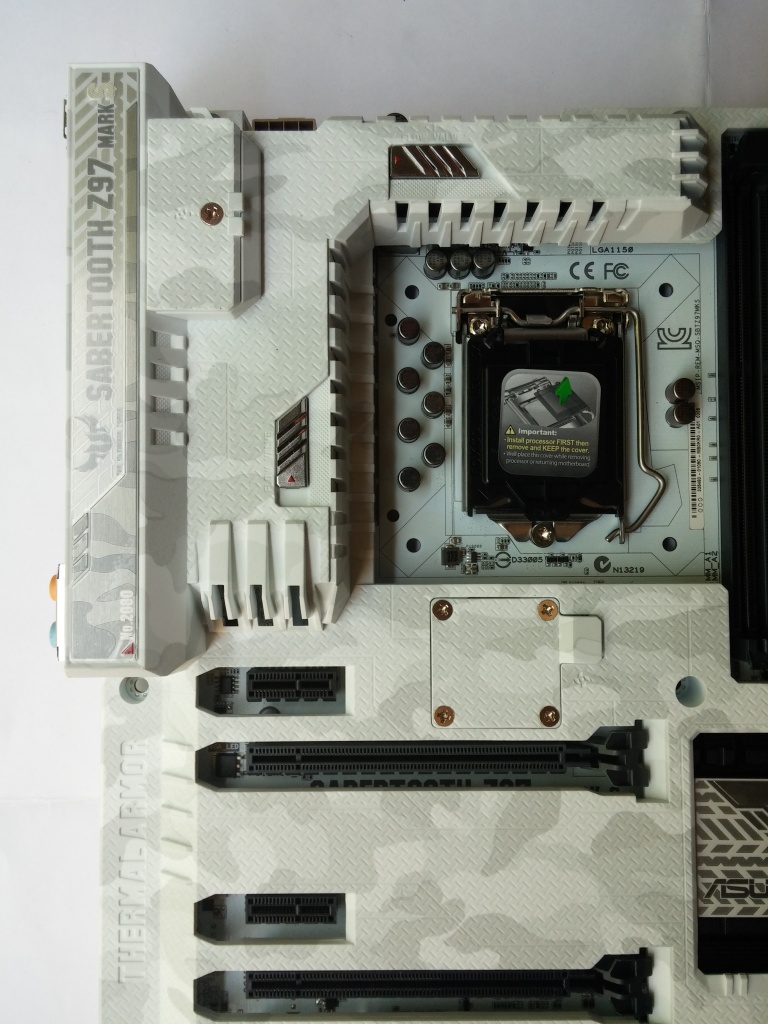 That’s it for the preview. Stay tuned for the full review of Mark S, due soon.