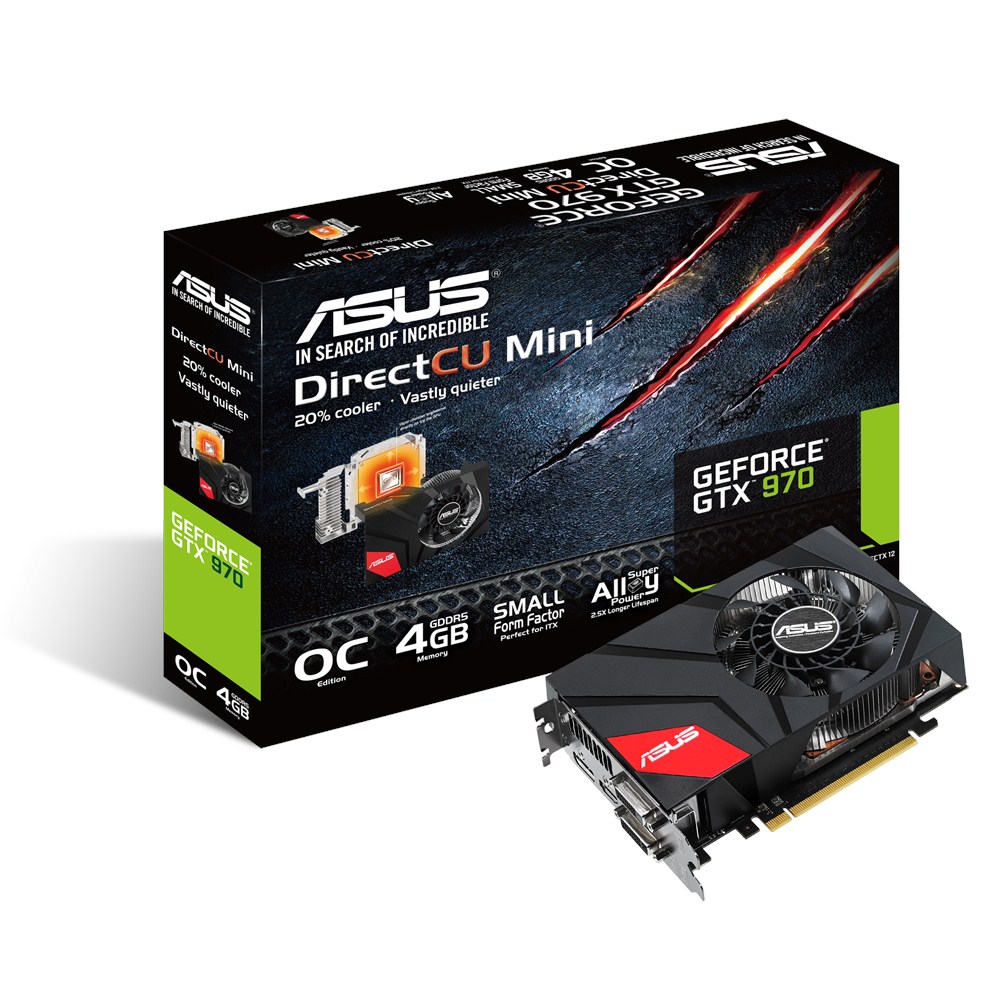 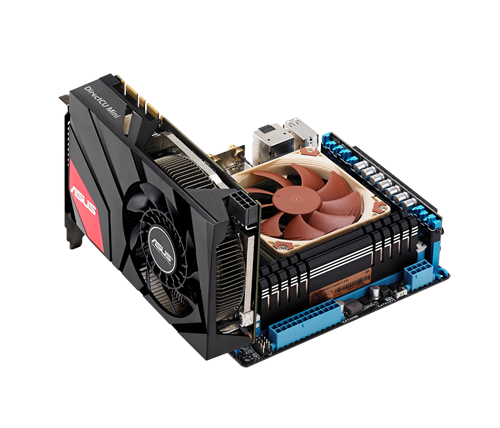 The small form factor PCs are in vogue these days. Every manufacturer has started to acknowledge the ever increasing demand from the community to cram in as much performance as they can into reduced form factors, and with the advent of platforms like SteamOS, the integration between home entertainment and computing is slowly becoming reality.

We saw the push to produce gaming/OC branded mini-ITX motherboards during Intel’s Haswell/Devil’s Canyon platform releases, and now on the same note, ASUS is releasing the Maxwell version of their already popular GTX 670 mini. We have skipped the 760 mini because it was a mid-range offering, but nevertheless continued ASUS’ effort to produce the card to get for those crammed-in systems. With Maxwell, however, we see a different story. NVidia’s excellent architecture has dragged down the power consumption to half – while boosting performance. The GTX 970 is dubbed the official disruptor of the market since it performs achingly close to AMD’s R9 290X, a factor that pressed camp red to push their prices down. With lesser power comes less thermals, and GTX 970 starts to look like the perfect card to be given a ‘mini’ treatment.

ASUS has been teasing the card for some time, and now we have an official release. 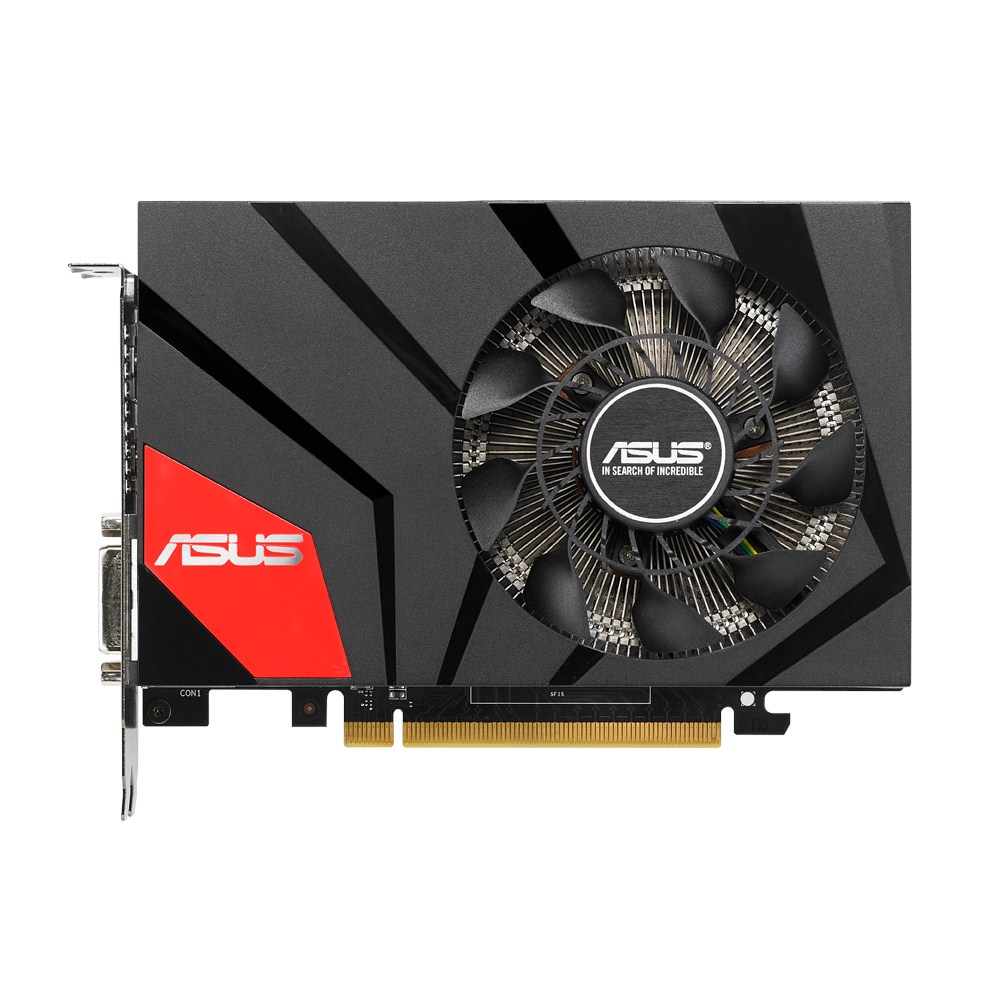 The card is shockingly similar to the previous iterations. It retains the same design and has the same dimensions, 17 x 12.19 x4.07 Centimeters, and features a modest factory overclock with the core running at 1088 MHz (stock 1050 MHz) with a 1228 MHz Boost Clock (stock 1178 MHz). Memory is not overclocked and remains at the stock 7 GHz speed. 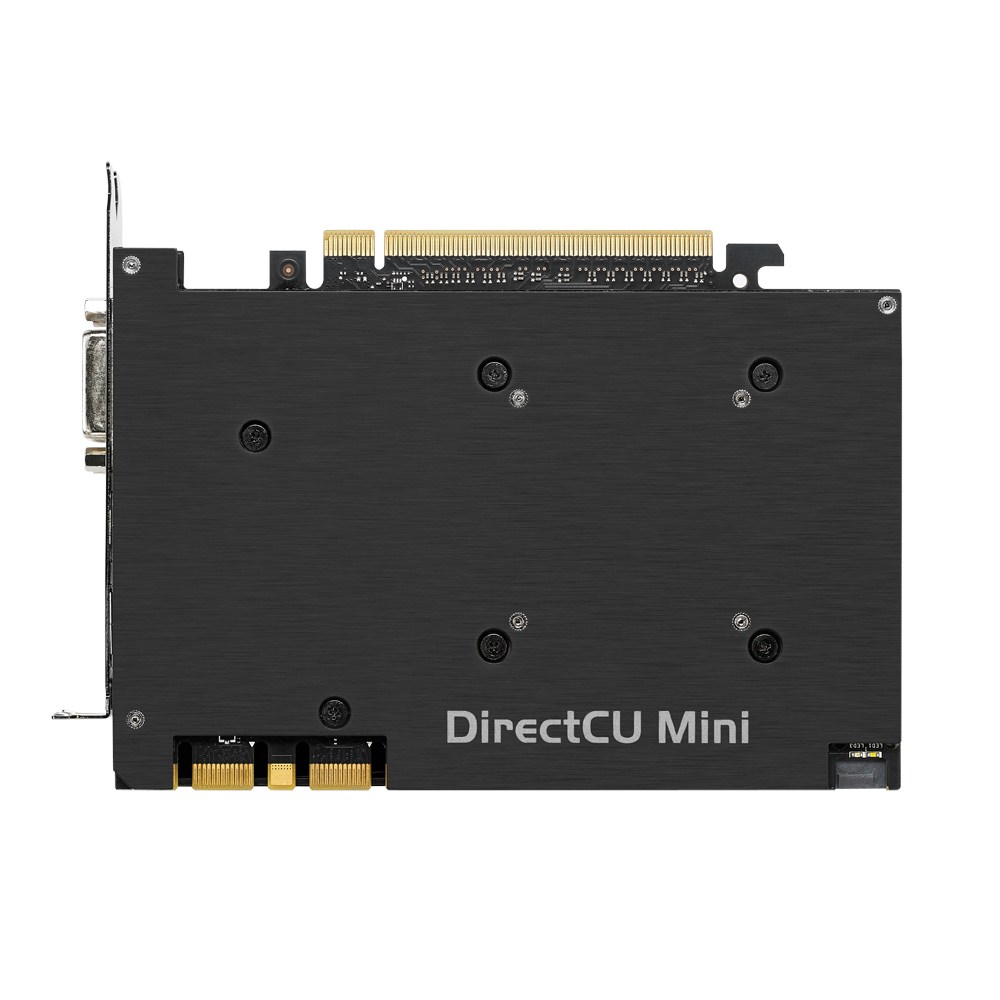 The card also features a full backplate, which should help with the rigidity of the card as well as help with the thermals (aesthetics too). 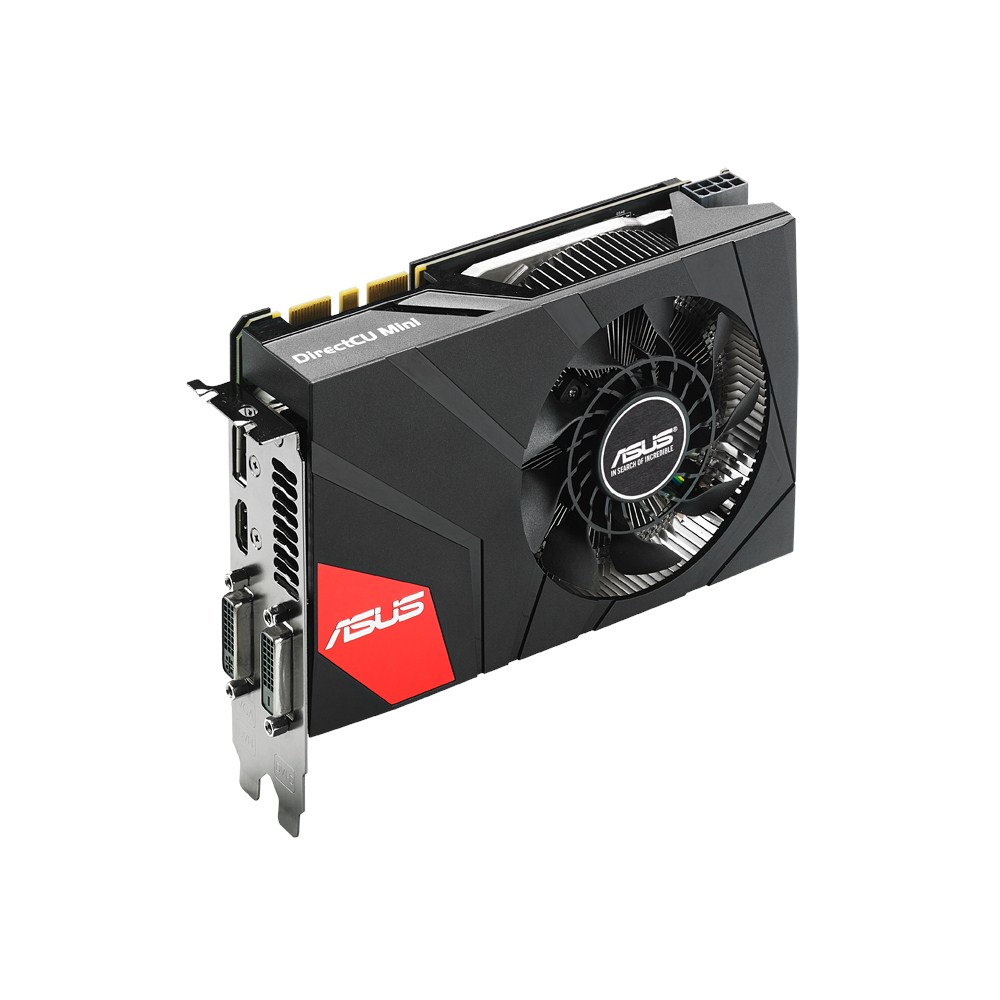 For I/O, we have two dual-link DVI connectors, HDMI 2.0, and DisplayPort 1.2. That should give enough connectivity to run multi-monitor setups.

No word on prices/availability as of now.