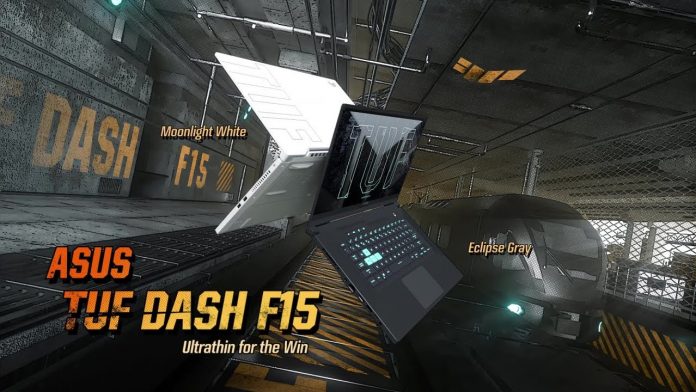 According to an ASUS website listing, their latest 2021 TUF Dash F15 gaming laptop was spotted with the unreleased Nvidia GeForce RTX 3050 Ti Laptop GPU in its spec sheet. VideoCardz has reported some details about the RTX 3050 Ti.

According to the website, the new card will feature 4GB GDDR6 memory, fewer than GA106-based GeForce RTX 3060. This is likely because RTX 3050 Ti might be the first GA107 GPU based model with a 128-bit memory bus, it is expected to have a TDP of 60W.

TUF Dash F15 is a new ultraportable gaming laptop from ASUS featuring the 11th Gen Core Tiger Lake-H35 series. The system is offered with up to 16GB DDR4 memory and with up to Core i7-11375H quad-core CPU. The customers can also choose a 2560×1440 WQHD screen variant, though it might be a bit beyond the gaming capabilities of a 4GB RTX 3050 Ti.