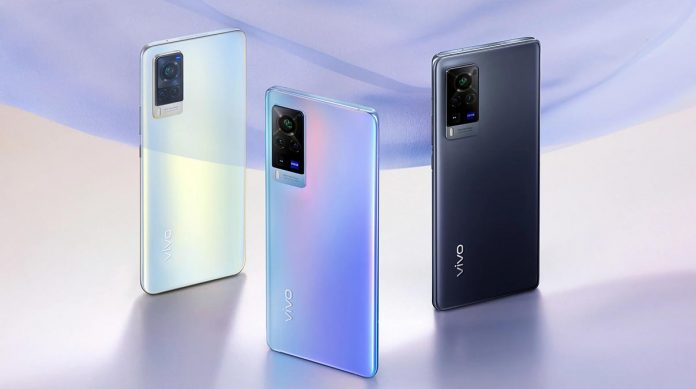 The Vivo X60 series, including the Vivo X60, X60 Pro, and X60 Pro+, has been confirmed to launch later this month, Vivo X60 has already been spotted on BIS website. This seemingly confirms that Vivo will indeed launch the basic X60 series model in India.

According to the released versions of these phones in China, the Vivo X60 and the Vivo X60 Pro will come with a 6.56-inch FHD+ AMOLED display with a 120Hz refresh rate, HDR 10+ support, and a hole-punch camera cutout.

They’re both powered by the Samsung Exynos 1080 chipset, which is coupled with up to 12GB RAM and 256GB UFS 3.1 storage. In past, we have seen Vivo Release the Indian Variants with lower end chipset compared to the Chinese variants, so it is assumed that these will launch in India with a Snapdragon chipset.

The Vivo X60 has a 4,300mAh battery as compared to the 4,200mAh cell on the Pro variant and they both support 33W fast charging technology.

The Vivo X60 Pro+ is powered by the latest Snapdragon 888 chipset, with 12GB of RAM and with 256GB of storage.

The Vivo X60 Pro+ comes with a 50MP main camera, a 48MP ultra-wide sensor, a 32MP portrait lens, and an 8MP periscope unit. It gets a 4,200mAh battery with 55W fast charging and runs Android 11 with Vivo’s newly developed OriginOS skin.