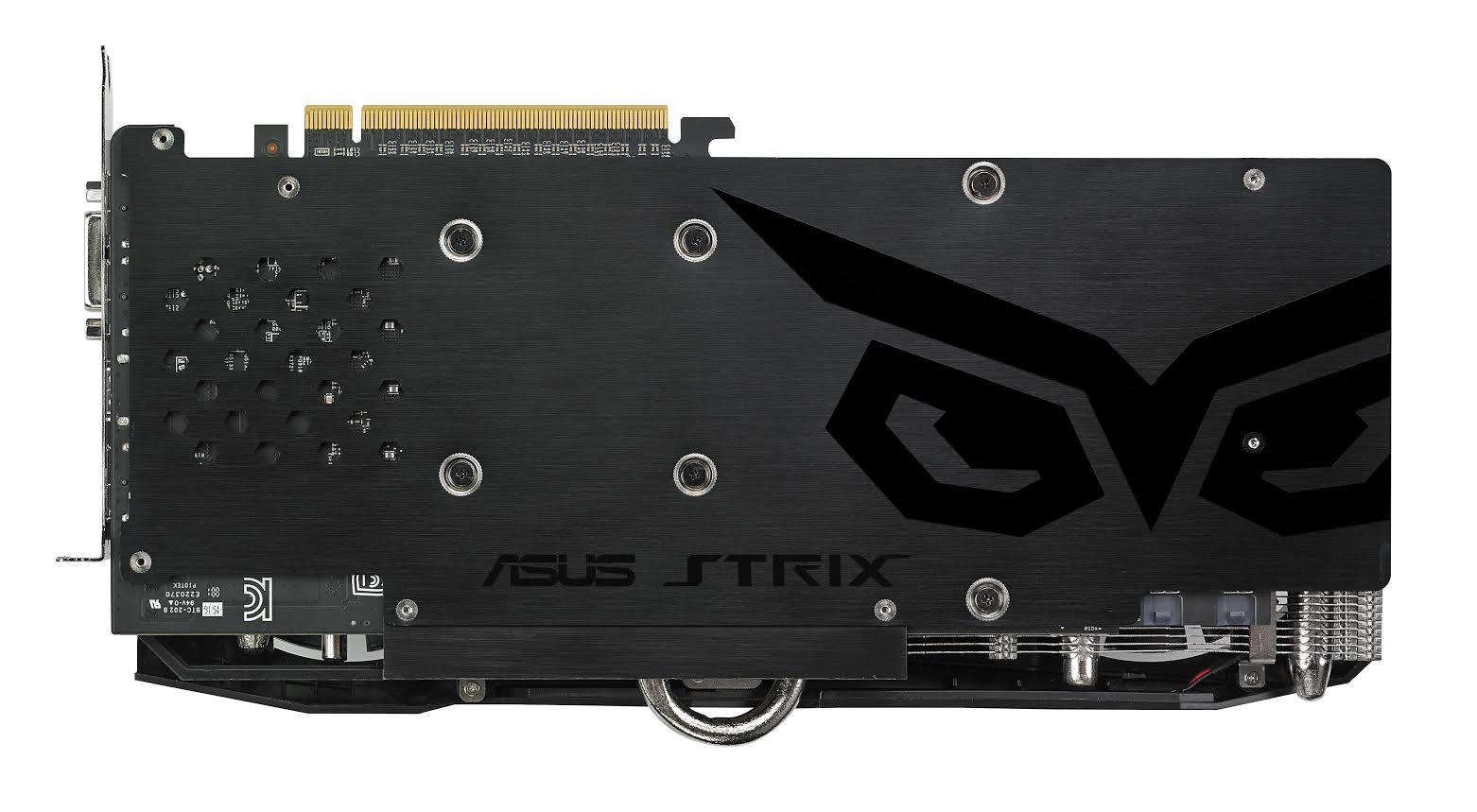 Asus has revealed the STRIX version of AMD’s Radeon 300 series . STRIX is touted as being ASUS’ most effective cooling solution to date .

The 390 and 390x cards are the first STRIX cards to feature 3 fans instead of the usual two , equipped with ASUS-exclusive DirectCU III cooling technology, which features exclusive 10mm direct-GPU-contact heat pipes — They each have three fans engineered with a patented, new wing-blade design that delivers maximum airflow and static pressure over the heat sink — giving a 105% improvement over fans without wing-blades. Each of these cards boast 0dB gaming . If much horsepower is not needed , the card automatically turn the GPU’s fans off to make for dead-silent operation. As soon as a certain temperature threshold is reached, the fans turn on until things cool down again.

In the words of Asus :

These GPUs have been produced in such a way that it will almost be like having them built in a clean room. Dust will be minimized, as will be oxidization. ASUS also notes that its new processes are safe for the environment, and cut down on power consumption by an impressive 50%.

GPU Tweak II makes gaming and overclocking the new Strix cards easier and more visual than ever, while still retaining advanced options for seasoned overclockers. With one click, the new Gaming Booster function maximizes system performance by removing redundant processes and allocating all available resources automatically. An included 1-year XSplit Gamecaster premium license — a $99 value — lets gamers easily stream or record gameplay via a in game overlay (on select cards , not applicable on the STRIX R7 370 ).

The STRIX R9 390X and STRIX R9 390 also has the Strix LED that lends a style statement to any system, with pulsating light effects. All cards comes with a 3-year warranty from ASUS.

Most of these cards are already available to retailers , however some SKUs will start arriving from July .

We will be providing you reviews of the entire lineup very soon.