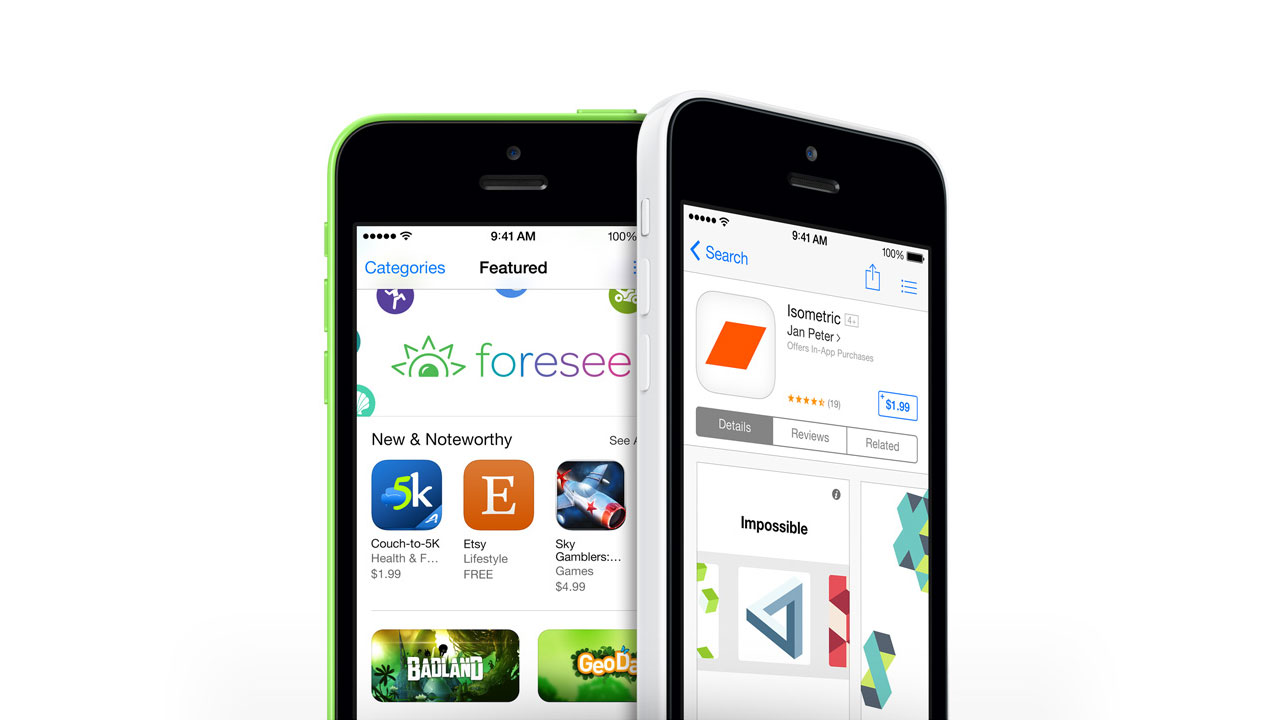 Apple has finally shed some light on why some iOS apps don’t make it into the App Store by revealing the top 10 reasons why app submissions were rejected during a 7-day period ending on August 28. The list includes reasons like misleading or irrelevant names, descriptions, or screenshots; and messy or complex user interfaces.

Apple has traditionally been silent about its reasons for rejecting certain apps, but every so often the Cupertino company says no to a title that seemingly meets its App Store guidelines and leaves us all — including the app’s developer — a little bemused. But it clearly has very strict guidelines that all apps must adhere to before they get a stamp of approval. 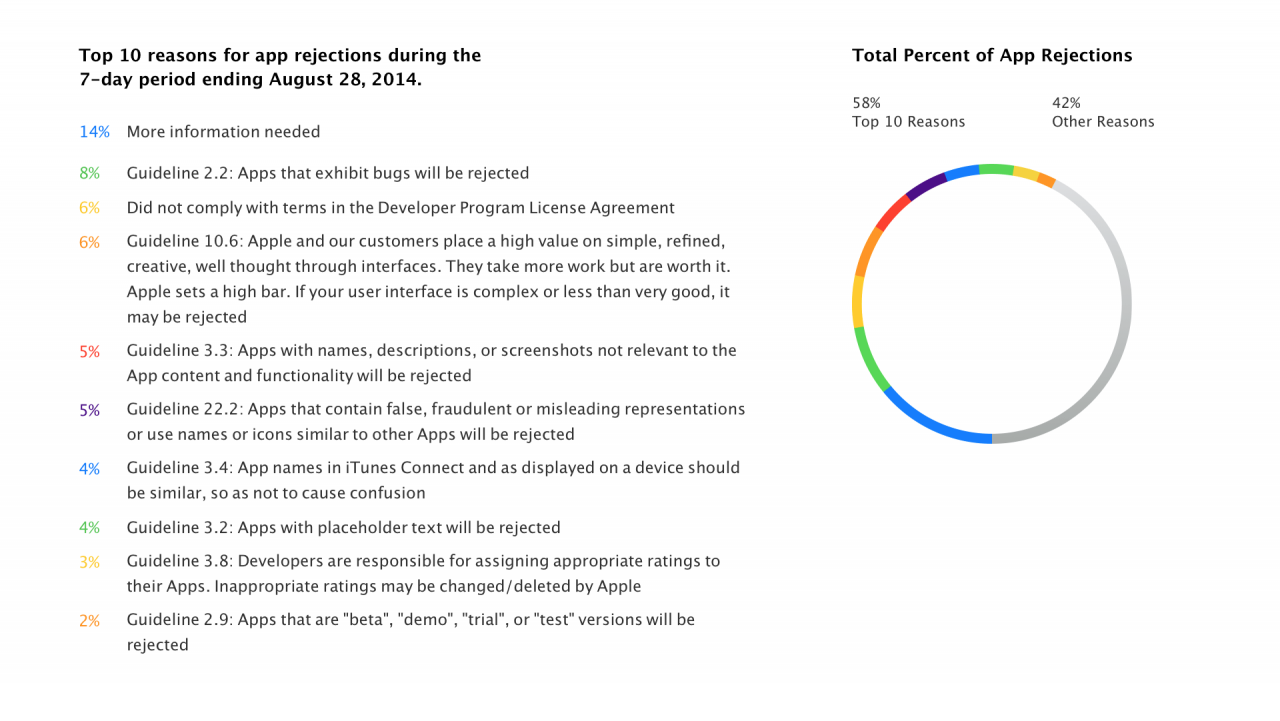 “Apple and our customers place a very high value on simple, refined, creative, well thought through interfaces,” the page reads. “They may take more work but are worth it. Apple sets a high bar. If your user interface is complex or less than very good, it may be rejected.”

Perhaps that explains why iOS are traditionally far better looking that those on competing platforms.

Other reasons for rejection include false, fraudulent, or misleading representations or use of names or icons similar to other apps; the use of placeholder text; beta, demo, trial, or test versions of apps; inappropriate app ratings; and simple not complying with the terms of the Developer Program License Agreement.

While some of Apple’s rules may seem trivial, they are what keeps the App Store free from buggy and unstable apps, and those that clone or copy existing titles — two types that are commonplace in Google Play for Android, which isn’t bound by the same restrictions.