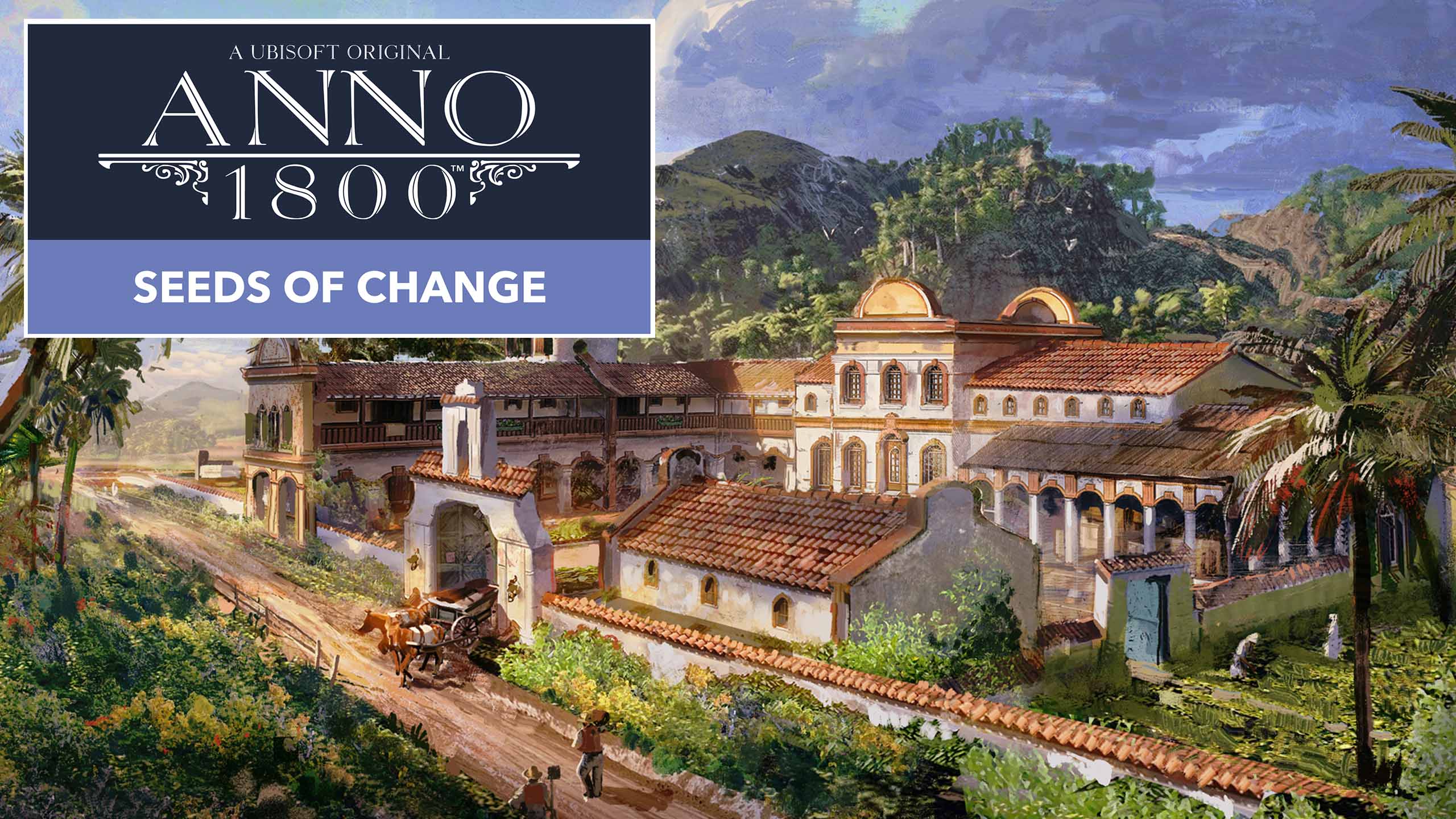 Season 4 of Anno 1800 kicks off with the arrival of the “Seeds of Change” DLC that adds a lot of new gameplay to the New World portion of Anno 1800. If you’re not familiar with the Anno series, it’s a series of games where you create, manage and expand your own city through trade, diplomacy, and if required, warfare. Anno 1800 is the latest entry in the series and takes place during the industrial revolution.

Although Anno 1800 had no shortage of content on launch, it has continued to enjoy further patches, free content, and paid DLC through the past 3 seasons. While the seasons focused on the Old World, however, season 4 shifts focus to the new world and completely changes the way you manage your new world colonies, allowing you to transform them into major thriving cities. This is a radical departure from the previous agriculture-focused gameplay that the base game offered, lacking much-needed variety.

This was one of my biggest gripes with the base game and to see it being addressed so clearly in Seeds of Change is exciting because the New World offered lush beautiful environments and a vibe that you don’t find in the other maps. Seeds of Change completely overhaul this section and makes the New World gameplay feel completely different, with additions to the core gameplay structure as well as new elements.

The building at the heart of this major gameplay revamp is the Hacienda, which is a special building limited to one per New World island. The focus of almost all the new systems introduced with this DLC, the Hacienda functions as a central hub for your island, allowing you to place specialized buildings as well as powerful edicts that affect the gameplay in a major way.

Because the Hacienda can singlehandedly turn your colony into a powerhouse, it comes with a bunch of reasonable limitations. The first is that the Haciendas require a huge space to be built which is complicated due to the New World islands having small building spaces to start with it. On top of the large space requirements, the Haciendas also have an effective radius, outside of which you cannot enjoy its benefits.

But once you are able to overcome these challenges, the bonuses the Haciendas offer make it more than worth it. As I already said, there are special modules that greatly enhance your gameplay. The farm module for example allows you to grow any type of crop you want, including crops that were normally not available for growing in that region. The farms are also highly efficient and the crop modules can be placed outside of the Hacienda’s sphere, allowing you to save precious space. You are also able to further boost productivity by building fertilizer modules or tractor barns.

Breweries are also a new module that allows you to produce Beer and Hot Sauce, the former being only available through trade before this DLC. The ability to make your own beer greatly improves the bottom line because it is much cheaper than trade, and if managed properly can be a lucrative source of income.

Aside from the farm and breweries, you can also build space-efficient residences and increased storage space to store more goods. There are also new Hacienda-themed ornaments that allow you to enhance the look of your islands.

Edicts are island-wide buffs that have certain requirements before they can be activated, but once applied can offer sizable improvements. For example, the Dietary Education Initiative reduces overall food consumption, thus leaving you with more surplus food and reducing the headache of keeping your residents fed and happy.