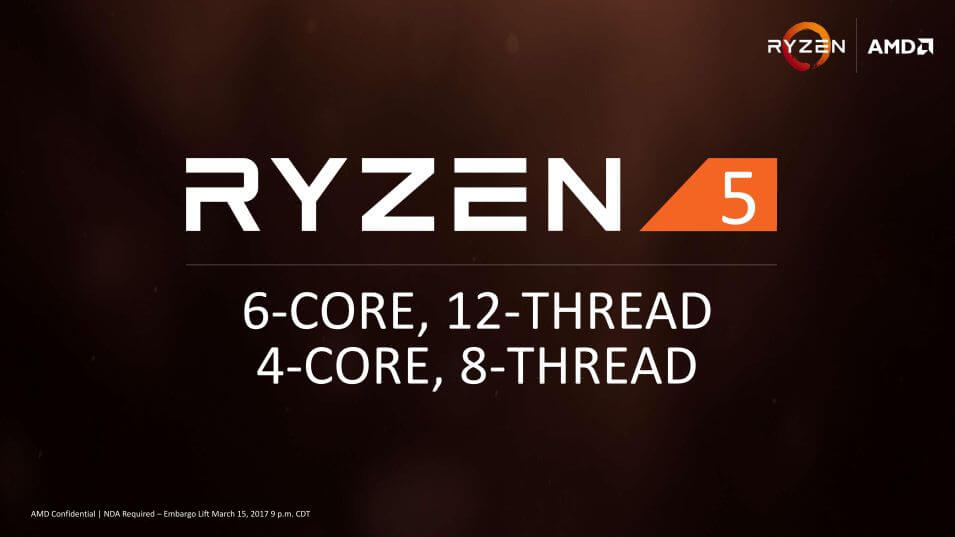 Just over three weeks after taking the world by storm with its high-end Ryzen 7 CPUs, AMD is ready to cement its return to form with four more mid-range models under the Ryzen5 brand. The company had previously announced a Q2 2017 target for the launch of Ryzen5, and there is now a specific date: April 11.

Whereas Ryzen 7 was AMD’s main attack on high-performance x86 and a shot across the bow against Intel’s high-end desktop platform, Ryzen 5 is targeted more at mainstream users. The goal here is that where Intel has four cores with no hyperthreading, AMD can provide six cores with SMT, effectively offering three times as many threads for the same price and potentially smashing any multithreaded workload.

Without further ado, here is where the Ryzen families stand:

Traditionally we are used to a part with fewer cores having a higher clock frequency, however perhaps due to the voltage scaling of the design, we see a matched Ryzen5 1600X in frequency to the Ryzen 7 1800X, but the rest of the Ryzen 5 family are offered at a lower TDP instead.

All the Ryzen 5 parts are unlocked, similar to the Ryzen 7 parts, and all four exhibit some movement in XFR mode, with the 1500X offering +200 MHz depending on the cooler used. AMD is going to offer some of these SKUs with their redesigned Wraith coolers: 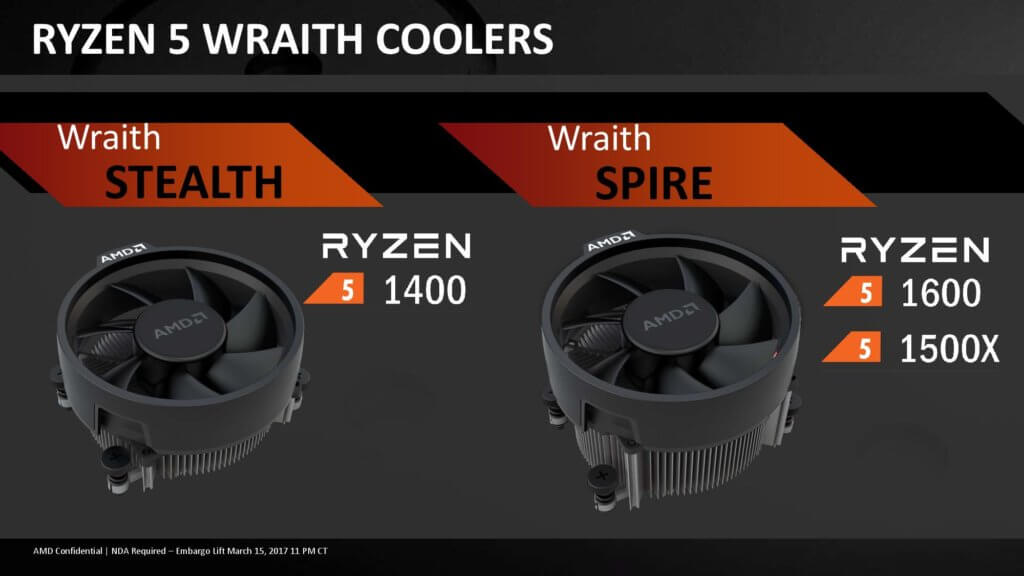 The Ryzen 7 was a huge success for AMD, marking its return to competitiveness in the high-end CPU space after nearly a decade of lacklustre products. AMD is quick to point out that the 8-core/16-thread Ryzen 7 1800X, priced at Rs. 37,999, can hold its own against Intel’s Core i7-6900K, which sells for roughly Rs. 85,000, in most tests and scenarios. The 6-core/12-thread Ryzen 6 models could show significant performance advantages over the non-Hyper-Threaded quad-core Intel Core i5 range in content creation and other highly parallel workloads. AMD has only shared one such projection, which shows a 69 percent gain when using CineBench R15 in multi-threaded mode. 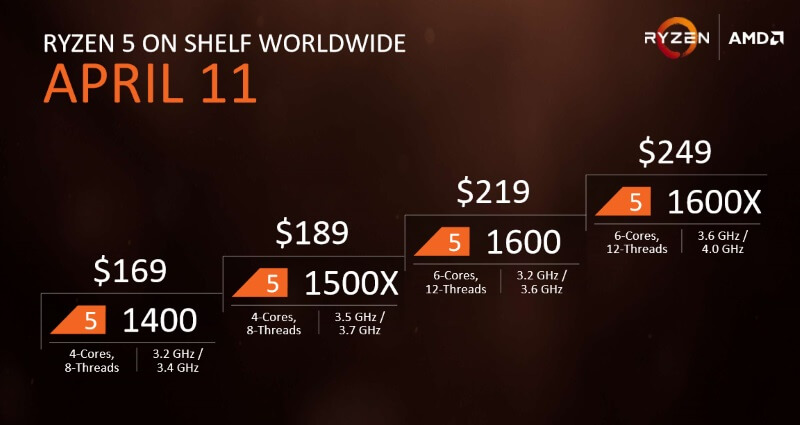 All AMD Ryzen CPUs have unlocked multipliers allowing them to be overclocked, although you’ll need a motherboard with a B350 or X370 chipset to ensure platform stability. The Ryzen 5 lineup shares all the architectural features of the Ryzen 7, including the “core complex” layout, Infinity Fabric interconnects, and embedded sensors which allow for dynamic voltage, temperature and clock speed adjustments. XFR, or eXtended Frequency Range is also supported, and these CPUs can push above their rated boost speeds for brief periods if there is adequate cooling headroom.