Since the days of the initial Athlon, AMD’s hold on the CPU market has been shaky. This was compounded by the fact that for the last 5 years, AMD had neither upgraded their chipset nor their CPU offerings. The Piledriver Architecture was also never competitive compared to the core I7 line of CPUs from Intel. But this trend seems to be changing starting March 2nd with the release of Ryzen.

At a press preview in San Francisco, company President and CEO Lisa Su announced that AMD has exceeded its stated goal of pushing 40 percent more instructions per clock with Zen compared to the previous Excavator architecture, and in fact has managed to achieve a 52 percent increase.

With a new processor launch, naming the parts and positioning them within the market is critical. So with Ryzen, the processor stack will be split into three based on performance and price: Ryzen 7 at the high end, Ryzen 5 in the middle, and Ryzen 3 for more price-conscious consumers. Both Ryzen 5 and Ryzen 3 are set to be launched later, and Ryzen 7 is the first portion of the family to be released.

Ryzen 7 will have three CPUs to start, all having eight cores and supporting simultaneous multi-threading:

Processors will initially be available for pre-order from 185 retailers and OEMs worldwide, either as individual parts or pre-built systems.

IPC, it’s all about the IPC at this point

Enthusiasts and experts utilize the term IPC, or ‘Instructions Per Clock’, as a measure of how much the basic microarchitecture enhances from era to era. Two decades prior, a great design on a smaller node could net a healthy double-digit gain, though lately 5-10% gain has turned into the standard. When AMD initially announced that the new Zen microarchitecture they were creating was going for a 40% IPC pick up, regardless of the low IPC they were beginning from, clients stayed incredulous. AMD rehired Jim Keller to work close by long haul AMD architect Mike Clark and produce a team with several goals in mind: superior x86, simultaneous multithreading, and a product to be relevant in the computing, PC, server and mobile space again. So in spite of this, 40% IPC dependably appeared a to some degree elevated objective, since Bulldozer was so disappointing, and regardless of this low beginning stage. AMD is stating that the final result of that goal is a 52% gain in IPC.

The future and Ryzen 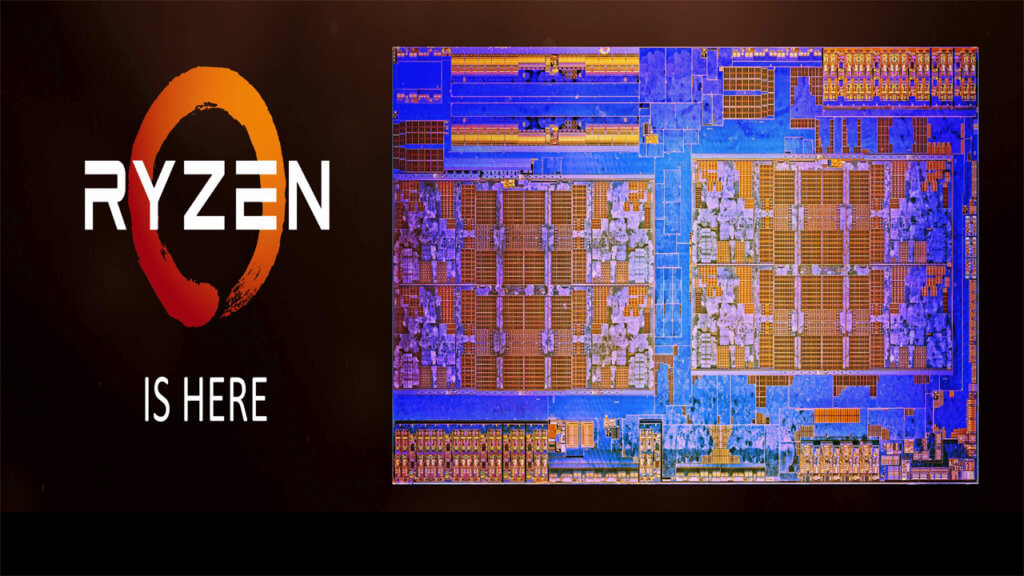 AMD’s CEO was keen to point out that this is a from-scratch design for AMD, using the knowledge gained from features developed for previous products but ultimately under the hood, it looks like ‘a typical x86 high-performance core’, with AMD-specific features and tweaks. We were told that AMD’s roadmap extends into the multi-year range, so while the focus for 2017 will be on this family of products, back at HQ the next two generations are in various stages of development.

So despite the 82+ motherboards going to be available, 19 initial PC system builders moving into 200+ through the first half of 2017, the big question on everyone’s lips is how exactly does it perform?

AMD’s benchmarks showed that the top Ryzen 7 1800X, compared to the 8-core Intel Core i7-6900K, both at out-of-the-box frequencies, gives an identical score on the single threaded test and a +9% in the multi-threaded test. AMD put this down to the way their multi-threading works over the Intel design. Also, the fact that the 1800X is half of the price of the i7-6900K.

In a similar vein, again with the Cinebench 15 multi-threaded test, the Ryzen 7 1700 scores over and above the Core i7-7700K (its price competition).

AMD really has something interesting here. This trend started last year when they released the RX line of Radeon GPU’s, which as of now has dominated its rival’s offering in price to performance and has also helped the company claw some market share back from Nvidia. Same thing could happen here as well. Ryzen along with the inevitable release of Vega could make AMD a serious High-End Market contender.