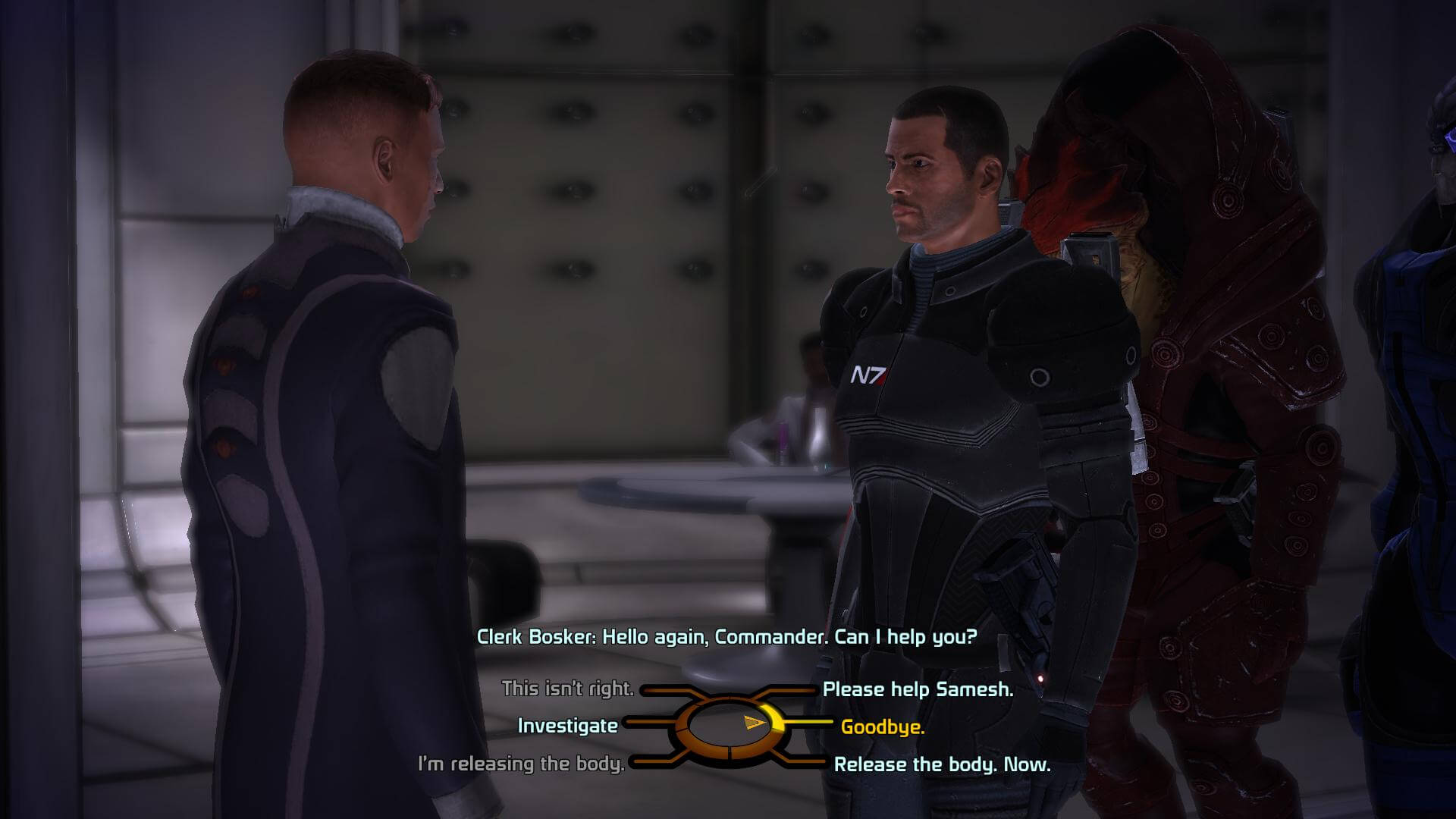 Due to its relatively nascent appearance as a medium, games have not received much analysis from the humanities. Yet, gaming as a medium is exceptionally powerful, due to the constant interaction between the player and the Game. This makes studying the moral rules of the universes that we are given, and understanding is allowing one free will in a game to loot corpses, and then calling said character, a hero, not wrong?

The objective of this writing is to bring to the attention of the reader question of how morality affects the player and the game itself. In this write-up, I have chosen to focus mostly on games from the two thousand and ten onwards, as I have personal experiences with these games and can comment better on them.

Morality and its effect on narrative Modern Games:

Morality is something that all societies, irrespective of their location, cultural practices, and other factors, possess. Morality, ultimately, is the system that says what is right, and wrong, and without which, society would collapse. How does morality, i.e., the sense of right and wrong, operate in the fictional universes of video games?

Morality has a complex intersection in games, with different strokes from the same brush. Different games approach it differently. For example, in the game Fallout 3, which released in two thousand and eight, can be said to have a flexible morality system, with attempts at real in-game consequences. Behave well and evil mercenaries come after you, which, in theory, should make life hard for you. Behave well, and random villagers come to you, give you supplies. Do the reverse, and you could be in a world of hurt.

But does it truly make a difference, from a narrative perspective, on how the game pans out? You could be an absolutely evil psychopath or the greatest hero ever, but you still finish the story the same way: killing thousands of nameless enclave soldiers, after which you install project purity, which as three dogs, the radio announcer says, is fighting the “good fight”. But will it truly be worth it? Shouldn’t one get a chance to know the views and fate of any random NPC’s who die and live in the wasteland? Why do we not, then, care about them, or do their deaths not matter? 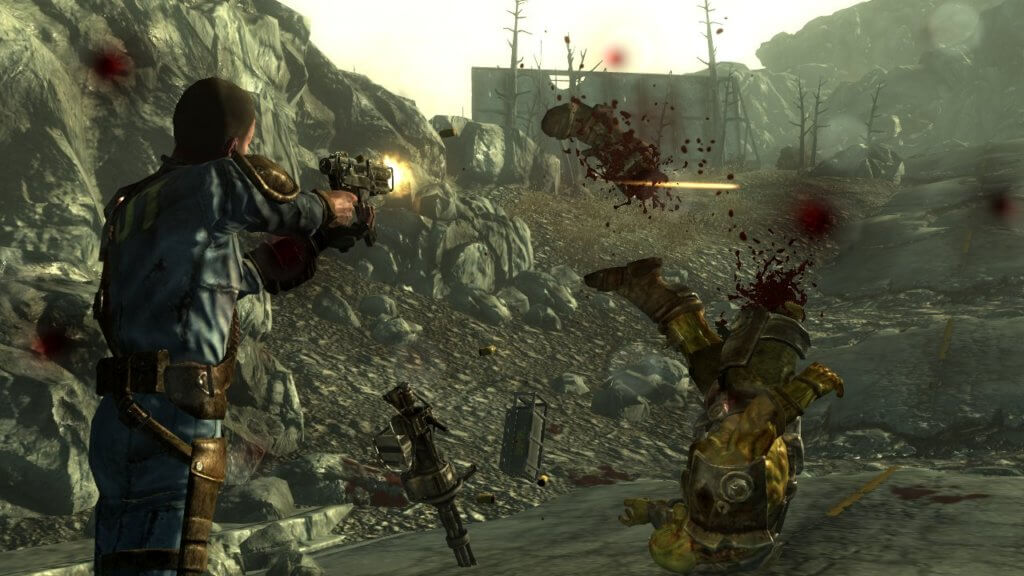 On seeing this, I began to dig in deeper and interesting perspectives. This isn’t an academic paper, so I won’t cite, just leave a section for further reading. The next game that we shall look at is Mass Effect, an action adventure role-playing series by Bioware. Over the course of the games, the hero, Commander Shepard, recruits a lovable gang of misfits who help him/her out in missions and drive the story along. One such example is what can be dubbed the “Virmire Problem” (look up Gamasutra’s article on Ethical Dilemmas and Dominant Moral Strategies in Games by Brandon Perdue). On the planet Virmire, towards the end of the first act, Commander Shepard has to choose between leaving one of two squad mates with a nuke to destroy Saren cloning facility. Whichever character you choose, in theory, should have lasting ramifications on the game. 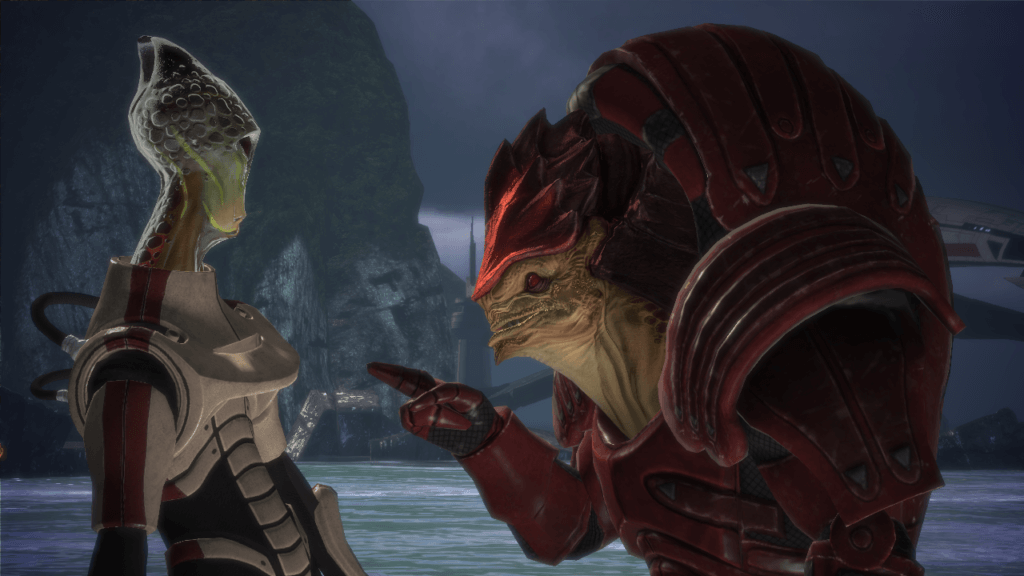 Yet, what ends up happening is that the characters are terribly written and utterly forgettable, which removes any point in saving or killing any of the two. Ashley, the female character, is a boring, stuck up racist dick; Kaiden, the male character, is entirely meh. Whatever import the scene has, therefore, can be easily lost.

This is the fundamental problem. Morality in these games is supposed to be one of the reasons why the character that we play does what he does in the first place. It is used to give a backstory and a reason for the player to do what he does. But in the real world, the order of morality is held up with the stick of punishment for defiance. But in games, punishment never has any implications, beyond a certain point, because that would be seen to have broken the interaction between the player and the game. In any Role playing game, for example, one can play as a “saint”, by helping those who are seen as to the “wronged ones”, the ones who fall inside the circle of those characters in whose name the player fights. But can load the game, be a giant prick by stealing and looting and whatnot, even if we are “punished” by dying, we just reload our save and begin anew. Why does this happen? Because games are fantasies, which need to be real enough to allow us to build a world but disconnected from objective morals enough that the player can impose his worldview on it. The player, who wishes to escape, needs not to be reminded of the world which he really inhabits. Violence and immorality can be defended on the ground that beating the game is everything. But mechanics are needed which make the player pause and think “Am I doing it to win for myself, or am I doing it for the characters?” Why do I say so?

Firstly, When one is playing a game, the player does give meaning to it, as Human beings have the ability to give meaning to things that are inanimate, empathizing with them, and giving them anthropomorphic (human-like) qualities. Game designers, knowing this, try to create “realistic” designs, with “life” like animation, designs, and voices and so on. A good example would be Witcher 3’s strong story based universe.

Secondly, when players approach a game, they wish to believe that are a part of it, that they are immersed in it. If the media stimulus is well designed and displays social cues appropriately, it takes an effort to recall that a character “is not real,” because automatic social perceptions suggest otherwise. (Taken from its okay to shoot a video game character) This makes one believe that a character, even when it is not.

Thirdly, Games wish to ensure that the game very rarely reminds that it is ‘not real’. Games go to great lengths to ensure that the player is well interested in the gameplay and it’s mechanics, and reminding that the characters are not real is thus not usually done.  So how does moral disengagement in games work?

Moral disengagement essentially means that the violent actions of any individuals are justified, and the other is seen as to not human, or lesser than the aggressor. This allows the victim to be as the wrongdoer, and thus liable to punishment. How do video games approach this?

Firstly, Moral cues are given to the player, such as working for the ‘good’, which put the entities against the player as the “evil” which are acceptable to kill. This is especially important as players can be made to feel empathy for these characters too. A very good example would be the Collectors from mass effect 2. They are essentially mind controlled slaves of the reapers, the true enemy, who drove the Protheans, the ones who built the mass effect, into extinction. Yet on finding this out, Commander Shepard says that they must kill the collectors, nonetheless, to not allow the reapers to destroy all the spacefaring races.

Secondly, Users can dissociate from the game altogether, and remember that they are essentially killing pieces of code that have no soul. This allows for players to escape feeling guilt.

These mechanisms are how modern games regulate and enforce morality. Knowledge of these may initially stop the immersion of the game, but in my view, it gives us a chance to build better worlds.

More articles to look at: (for now).

Why don’t we feel guilty in video games?, by Keith Stuart, Game editor for the guardian. (Core)

I will edit this article to add acknowledgments to those who took a look later. Thanks for reading. I shall expand this as time goes on.