AMD’s fastest and most advanced graphics chips to date : The Fiji GPU, both the XT and Pro variants, form the foundation of AMD’s new ultra enthusiast “Fury” brand.  Fiji AMD will be introducing the world’s first GPU featuring 3D stacked High Bandwidth Memory, otherwise known as HBM. AMD has proclaimed the FURY to be the fastest in the world.

Below you can check out the screenshots , courtesy of PC Perspective , to whom an anonymous Facebook user leaked these photos : 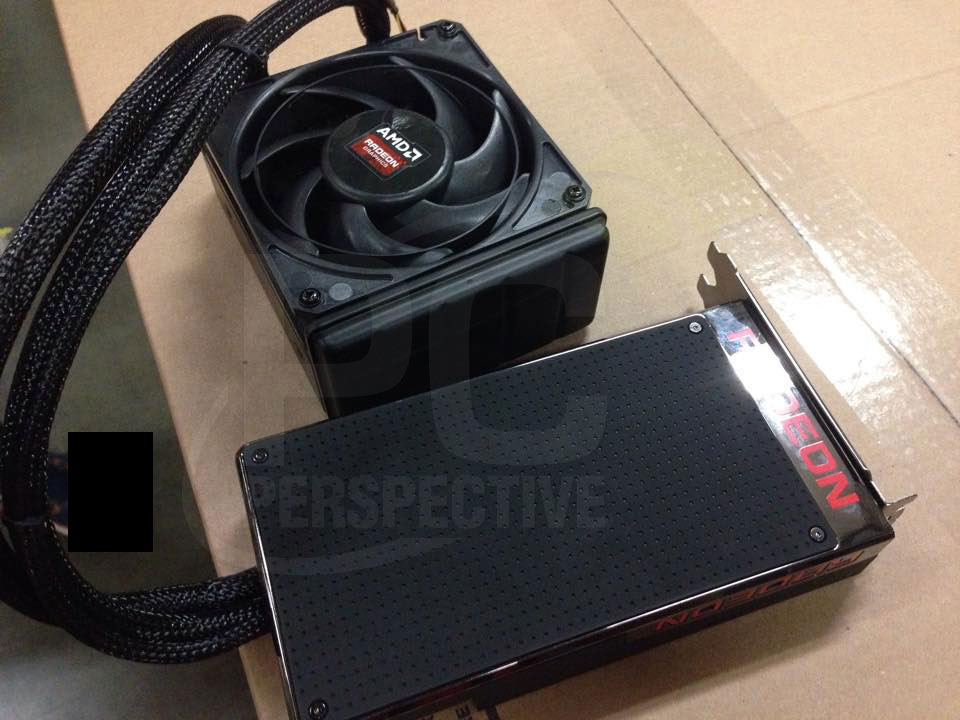 The leaked photos give us a accurate representation of the aesthetic design of the card. The new photos clearly show that the card will actually feature a very dark, almost black, metallic shroud. 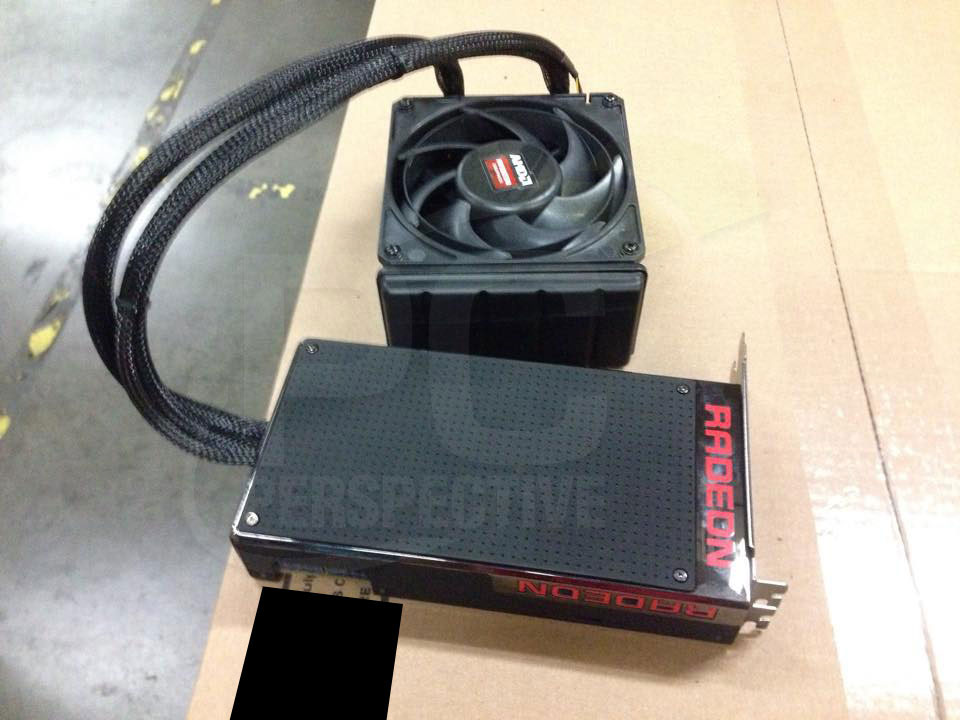 The red “Radeon” which is engraved into a metal plate is LED lit and will light up once the machine is turned on. Slightly above that engraved “Radeon” and has a dual BIOS switch. 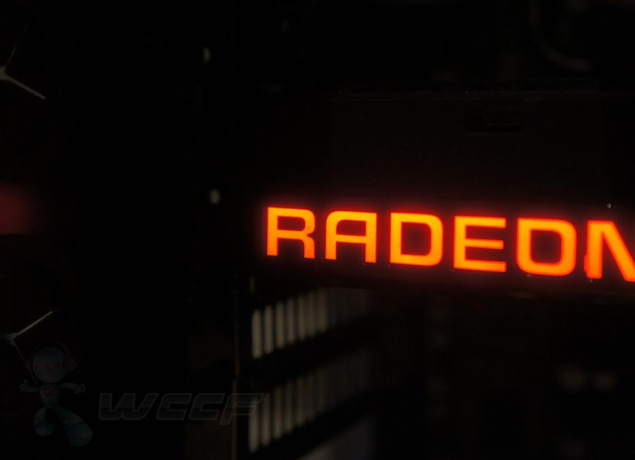 The radiator appears to be around 45 mm thick  and uses a 120mm tight mesh design. Included with the radiator is a premium 120×25 Scythe Gentle Typhoon fan, each of these costs around $25 and is one of the best radiator fans both in terms of static pressure and noise..

The tubing for the liquid transfer between the GPU block and the rad is braided heavily , to protect it from cuts and wear as well as help reduce evaporation. The card is definitely shorter compared to other flagship graphics cards and that allows AMD to output the tubing through the back of the card rather than out the top. This should also help in smaller cases where users want to integrate multi-GPU configurations.

This shot shows the front of the card and details the display outputs :-

We can see that Fiji / Fury X will indeed require a pair of 8-pin power connections. That allows the card to draw as much as 375 total watts but the actual total

TDP is as of yet , unconfirmed . Pricing as well remains unconfirmed but is expected to be around 600-750 dollars .

AMD will do a live reveal at its E3 show this week .