The following benchmark results should be taken with a massive grain of salt, as they are not confirmed, but they are from a reliable source .

Below you can see a gallery of images that will give you an idea of where the Fiji stands:

The card shown as “AMD Radeon Graphics Processor” would be Fiji / Fury X. The Fury  beats the Titan X in a ‘face detection’ test on CompuBench, yet beats the Titan X once again in the ‘TV-L1 Optical Flow’ test. AMD Radeon Fury X scores 102FPS on the Manhattan benchmark found in GFXBench where Titan X it doing 137FPS. 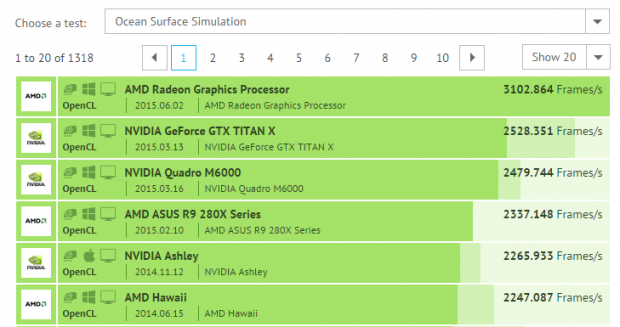 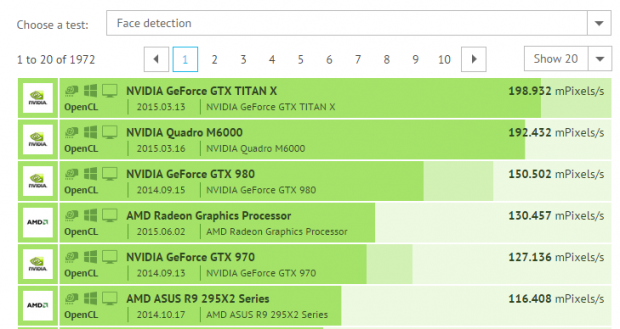 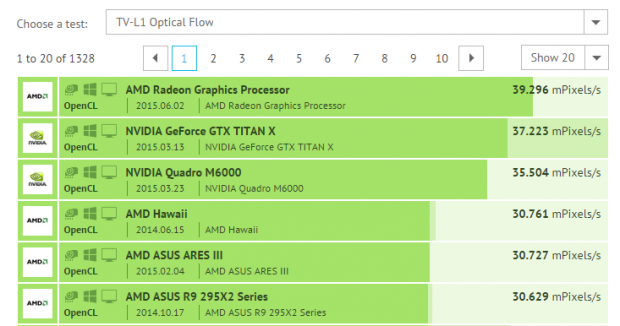 The GPGPU Info app registers how many compute units (CUs) a GPU has as well as the GPU codename hence we can verify this was the real thing.

It also is listing the maximum clock frequency at 1 GHz.

Driver updates for the new card may fix this problem in the future.

Keep one thing in mind, that GFXBench OpenGL tests are not the most reliable when it comes to testing gaming performance. Still, it does give us an idea of where things stand.

While the Titan X seems to be beaten hands down, we should still wait for the official release of Fiji before jumping to conclusions.

AMD will attend E3 2015 and we will be seeing an official launch during the event. We will have updates for you in the near future.